Shooting games are now becoming very popular and well-received by many people. Lured by somewhat violent gameplay but with a sense of fun. But they take us too long in there and stress us out. Not suitable for playing after hours of tiring work. The solution for you is to download Beat Shooter right away, a shooting game that helps us relax, reduce stress and fatigue in life.

In order to help shooting game enthusiasts experience the feeling of real hand shooting. But not as stressful as the popular shooters on the market. The publisher has brought us the game Beat Shooter. A shooting game but a music shooter. Keeps us entertained after busy hours with tiring work. Relax and enjoy music with soothing melodies. Couldn’t have been a more sensible combination between music and shooting. Gives us a new feeling. Completely new gameplay that is not constrained by a single pattern. A new breeze comes to the mobile gaming market. 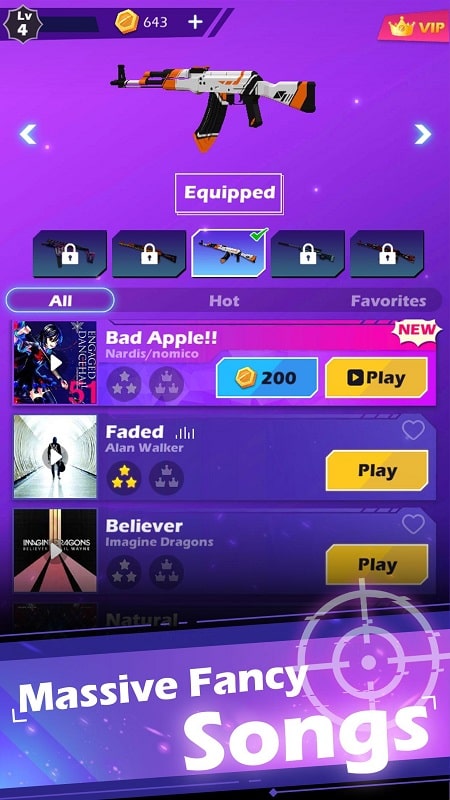 Coming to Beat Shooter, you will own a gun with a lot of bullets. Your task is to shoot all the notes on your screen. Control your gun to shoot by moving your finger controls the direction of the gun. Try to hit all the notes to complete the music. Every note when hit produces music. Let’s play and shoot to experience the whole music in the most perfect way. Relax by deftly attacking the notes. Take some time to practice. Start from the easiest and most basic lessons to the more difficult ones and slowly improve your skills. 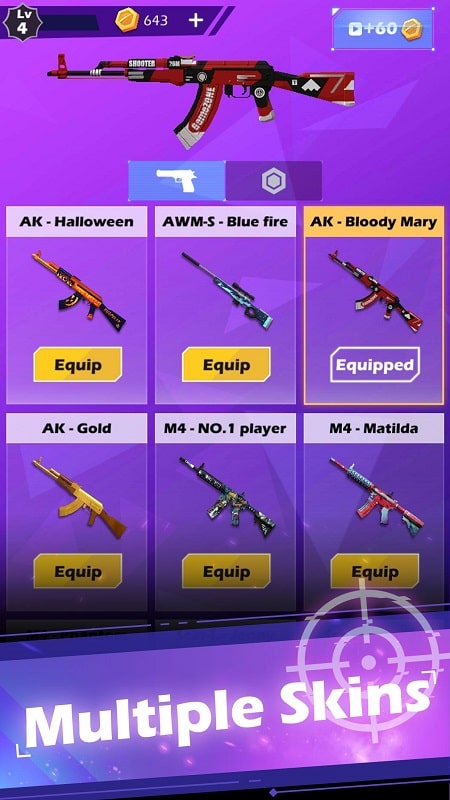 When playing Beat Shooter you will be given a piece of music to fight. There are many good and hottest songs that are continuously updated for you to choose freely. Pick up your gun and fight to the rhythm of the song. Use precise aiming skills to destroy musical notes and feel the song. Sometimes, letting go of the tune of the song is the way you can guess the path of the note. Take advantage of that to be able to reflexes faster and improve your skills. For difficult songs, it will require your skills and reflexes to be very high. You have to be a player with lots of experience and ultimate improvisation to conquer it. To increase diversity and avoid boring players. Beat Shooter has created many for the player many skins. You can equip those skins for your gun to make it stand out even more. Creates more excitement for you to play games. You can get these skins by buying them in the store. There are many skins with eye-catching colors and appearance. Earn lots of resources from levels and use them to buy skins you like. Bring unique and rare skins into your gun collection. Become a professional player with high skill and a treasure trove of amazing and eye-catching gun skins. 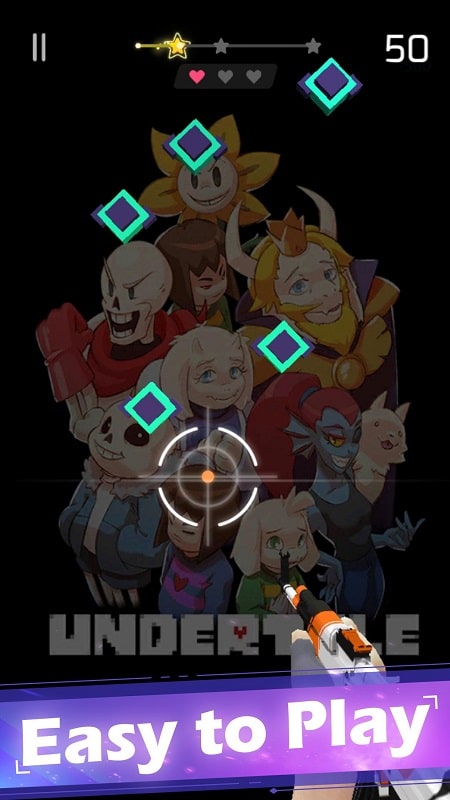 How to play in Beat Shooter is very simple and easy to approach. Beginners will never have to worry about getting used to the game hard. Just by simple operations, move the reticle for the gun. Aim and shoot the music notes running on the screen accurately and can pass the game screen. The gameplay is simple, but extremely attractive to players because of its fun. Winning fast-paced songs is very difficult. Because at that time there will be a lot of music notes running at high speed on the screen that makes it difficult to hit. Simple gameplay, but to reach a high level is also a difficult process. 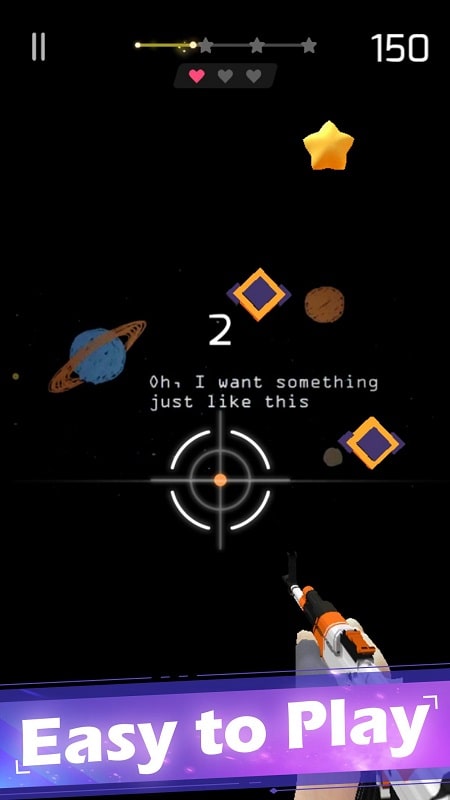 Not only good gameplay, but Beat Shooter also owns a lot of interesting features. New songs will always be updated as soon as possible for players. Each song will have a certain difficulty depending on its rhythm. Lots of gun skins will be released by the developer and the game will be updated weekly. You will have the opportunity to own them and add to your diverse collection. Along with that is a lot of guns such as rifles, submachine guns, rifles for you to choose and change. Experience now Beat Shooter mod, unleash shooting the musical notes of the song. Immerse yourself in sweet melodies along with the best songs. Become a sniper with skillful skills. 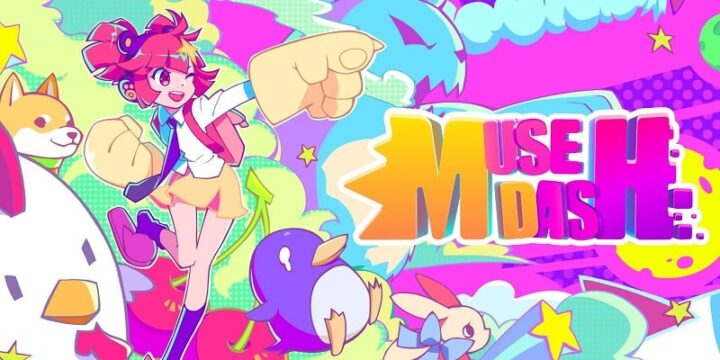 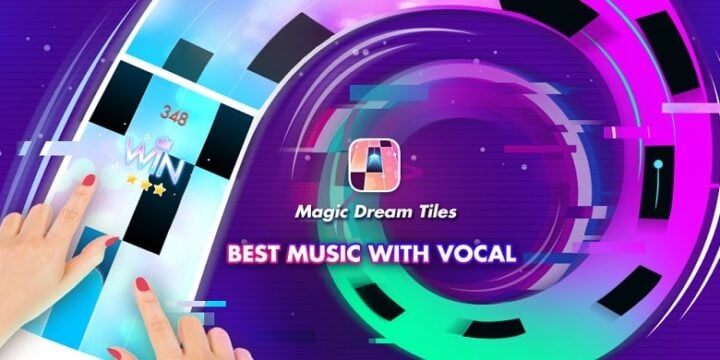 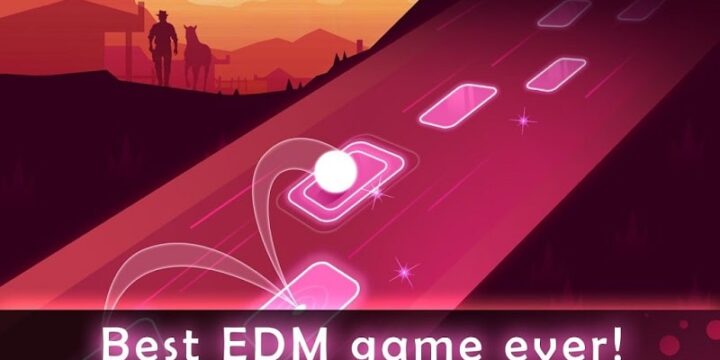 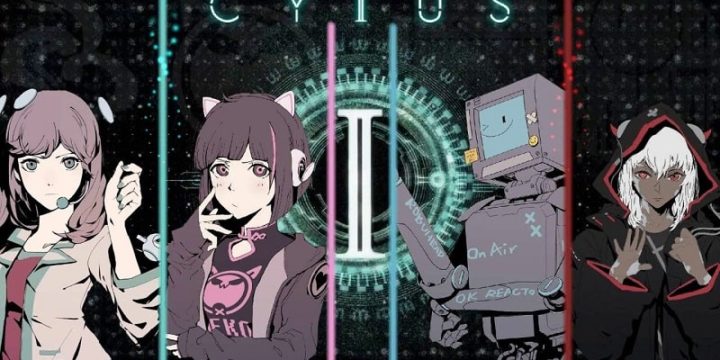 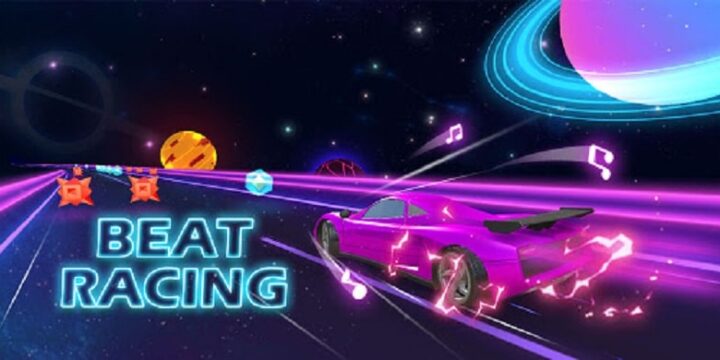