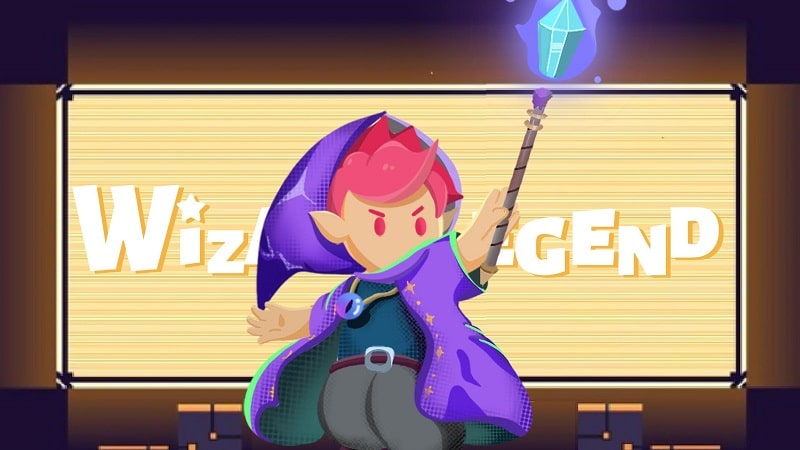 What would you do if you possessed magical spells that no one else could perform? This is not impossible, and Wizard Legend will give you all the necessary things. Adventure in a dangerous ancient world, and there are always threats around. Use powerful magic to protect yourself from enemy attacks. Do not let anyone disrupt the inherent balance with evil intentions. You will be the greatest magician of the vast land.

When learning about this game, we find it belongs to the Roguelike genre quite familiar to everyone. Its combat mechanism, although it seems pretty straightforward, brings extraordinary challenges. Take the player’s skill to the ultimate limit and break it. A variety of top-notch battle effects are waiting for you to admire. Discover for yourself all the features that have never appeared before. Don’t let anyone downplay your ability to control things. 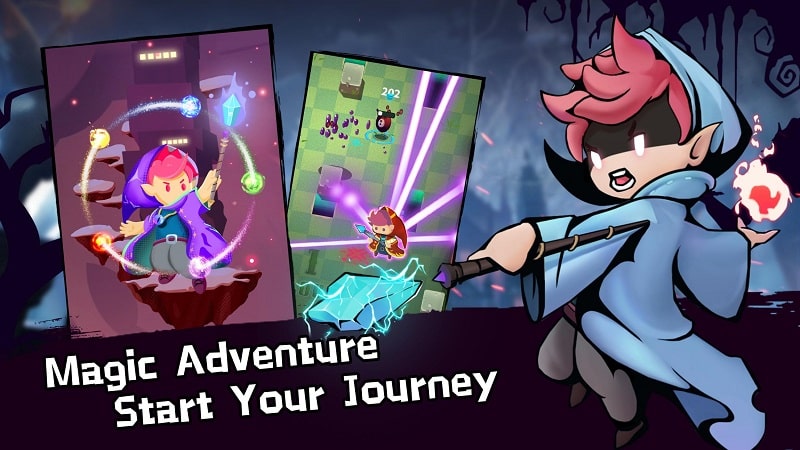 In the ancient world, magicians were quite numerous and widespread. But most of them can only do very ordinary things. As a talented mage, you will begin your journey to find more significant power. The challenges will be divided into different floors, and you will go from the first floor. Use abilities and control the character to destroy all threats around. When all are defeated, the door will open, and you can move on. Remember that your HP is limited, so don’t take too much damage. Try not to have to start all over again the hard way. 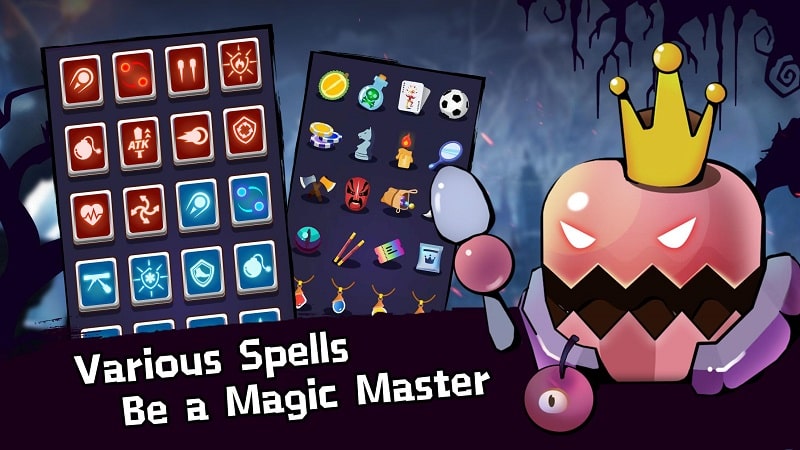 When fighting, skills are necessary for a witch. So the more skills we have, the easier it is to adapt to harsh conditions. Every time you win a certain level, you will be able to choose a skill. These will create a magic circle around the character. When there are a certain number of skills combined, it becomes a terrible thing. You can upgrade to make these skills faster and more robust. Deals a lot of damage and quickly knocks all enemies around. Witness the fantastic abilities a magician can do.

If you pay close attention, magicians always wear a cloak, not armor or clothes. But these are unique items, not as trivial and useless as you think. They give mages extraordinary abilities to aid themselves in combat. With Wizard Legend, cloaks will provide you with three stats: attack, HP, and speed. The more expensive the robes are, the more stats will be added.

Along with that, their appearance will be more special than ever. Each time you level up, you will spend a large number of gems on this. When three stars are reached, the cloak will gain its maximum power. Every time you pass the level, you will reach a mysterious bar. A rabbit merchant sells the tools you need on your journey, from great equipment to charms that bring exciting effects. Depending on the impact it gets, the price will also be the same. If you have earned a lot of money, there will be something outstanding to use for the next level. But the items appear randomly alternately each time. If you don’t get what you want, you need to wait until you pass the next level. Create mutually beneficial exchanges. 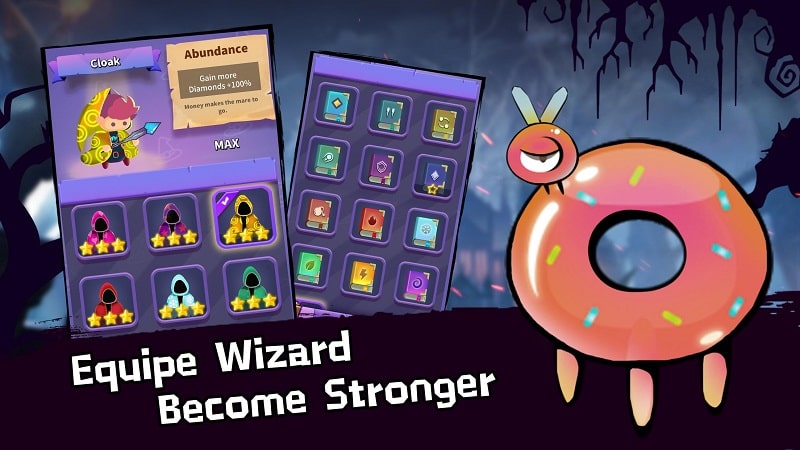 Wizards fighting in Wizard Legend are ranked according to their progress. That is, the higher you go, the more points you can accumulate. That means you will also be much more potent than others. But to get in the rankings will also require a lot of effort. If you have enough combat knowledge as well as a specific plan, it can be done. Become an excellent player with a high level combined with hard work. If you lose, don’t be discouraged because you can do it as many times as you want.

If you love what Wizard Legend mod brings, quickly download it. Start your adventure in search of an infinite source of strength for yourself.