Wind-up Knight is a role-playing game with scenes of medieval Europe. You will become a warrior dressed in armor on the journey to bring back the princess. There will be no modern guns, only swords, and shields. How to use them effectively is up to you. There are always dangerous traps at the feet of the knight, not hesitate to take his life. Just being careless and not paying attention a little, the character can fall immediately. Besides, when passing the level, the keys also need to be collected. The amount of coins on the road is also essential for trading and upgrading.

Wind-up Knight is built with gameplay mechanics that don’t take too long to get used to. As a warrior who is responsible for helping the princess return, the character always keeps running. Players do not need to care about the running and fitness of this resilient horseman. Instead, focus on the terrain to help him dodge, attack, and defend. At the beginning of the war, in the hand of the knight was just a simple wooden sword. Later, when collecting a certain amount of gold, the player will help him with a new weapon. On the way, there are always chickens that hinder the soldier and use weapons to destroy them. Hurry up because the princess is being threatened by the dark knight. 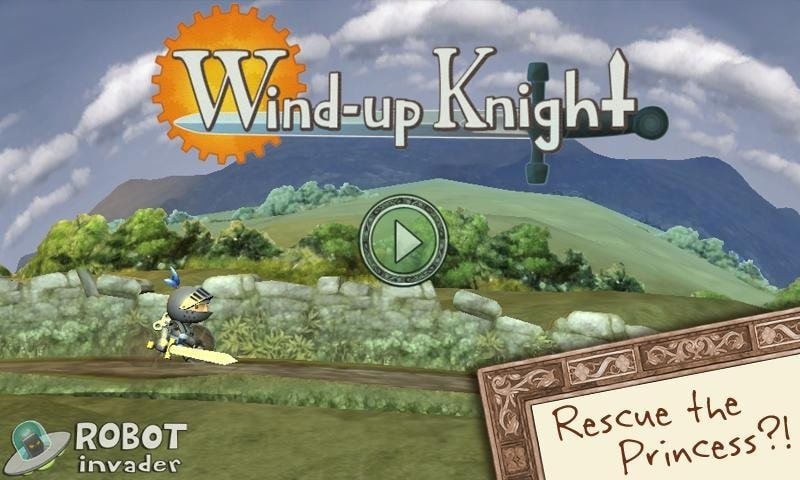 A knight with a motive that is probably eternal, he always runs and fights non-stop. This is evidenced by the key-winding key on the rider’s back. Just need to wind it up once; he will always move towards the enemy to finish them off. The king of the kingdom where he lives has always had a gentle and peaceful way of diplomacy. The king didn’t want any war, but things went awry. The dark knight has set up a cruel plot against this country. One night, the henchmen of the evil knight kidnapped the princess. The king, when he heard about it, was very sad and hesitated about the life of his beloved daughter. The king decided to put his complete trust in the winded horseman. That knight also understood how great the responsibility on his shoulders was. Then he hit the road. 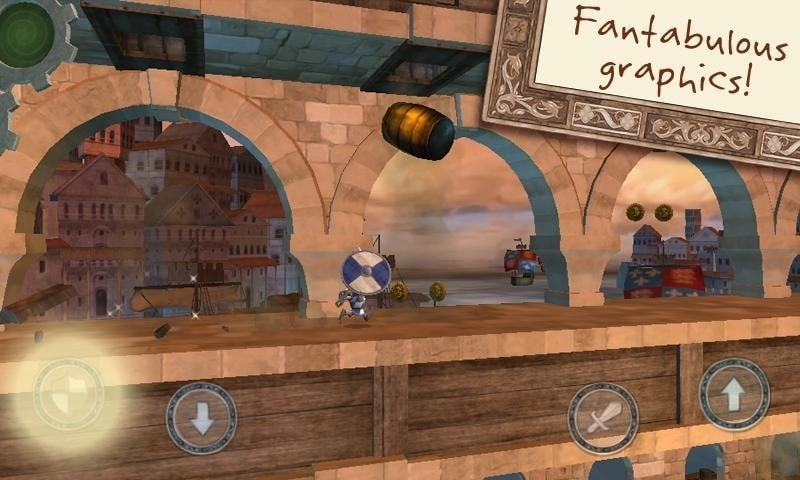 Because thanks to the overflowing energy that the engine in his body creates, the knight is always running. And this is the auto-run mechanism that has been intelligently integrated by the game maker. Also, players will have more space to focus on other operations. On the player’s screen, there will be four buttons equivalent to four separate functions. To the left of the screen is a button with a shield shape and a button with a downward arrow. With the shield button, the player can help the horseman catch the falling wooden crates. With the arrow button pointing down, the knight can curl up and roll through narrow crevices. Next to the two buttons on the right, the button with the shape of a sword and the button with an arrow pointing up. With a button shaped like a sword, when clicked on it, the knight will slash the enemy with the weapon. Finally, the up arrow button, nothing more than this button, is used for the character to jump up. 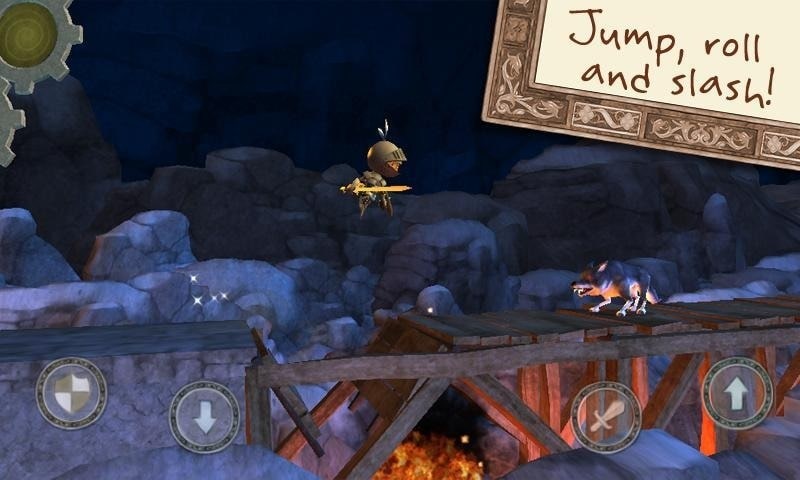 Wind-up Knight’s game makers have created more than 50 levels from different books. A journey against the dark knight cannot end on several levels. Let’s go through a few details about the levels to grasp the richness of Wind-up Knight. In the first book, you will have to conquer twelve levels. At these levels, the ones who get in the way are simply roosters that look pretty harmless. With only the wooden sword, the knight could destroy them with a single slash. In the second book, the knight will face wolves standing on the wall. As for the third book, the vault of the green monsters will appear. To make the knight’s fight simpler, there will be a lot of equipment. First are the swords, the primary source of significant damage to the knight. At the beginning of the tutorial levels, in his hand, the knight was just a wooden sword. Don’t worry; weapon quality will be subject to change with the gold you earn along the way. From wooden swords can upgrade to highly sharp iron swords. The higher the level, the longer the sword will be, and the greater the damage. Then the shields, similar to swords, can be upgraded from wood to metal. In addition, there are a lot of body armor and helmets for players to buy for the character. 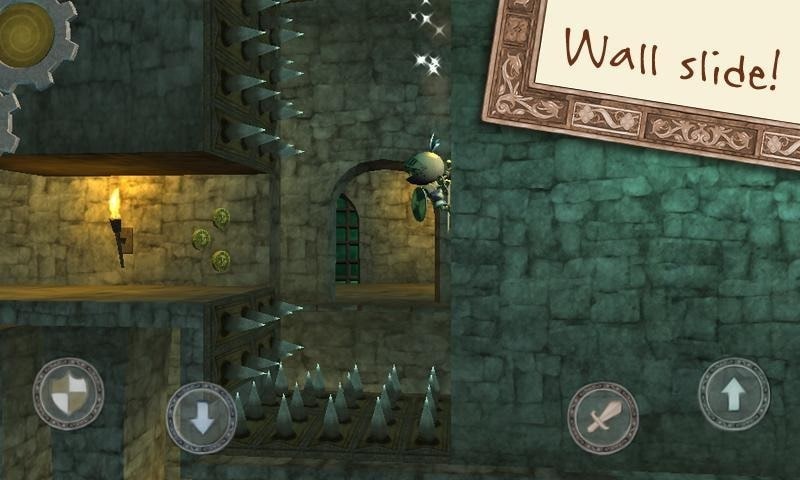 Wind-up Knight is a game full of memorable scenes with the character being an enthusiastic warrior. Players need to use weapons and shields skillfully to fight and survive. Download Wind-up Knight mod to fight with the knight who always moves forward, defeating the dark knight and saving the princess. 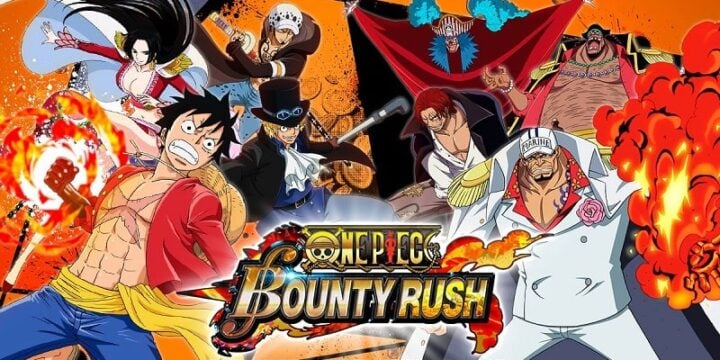 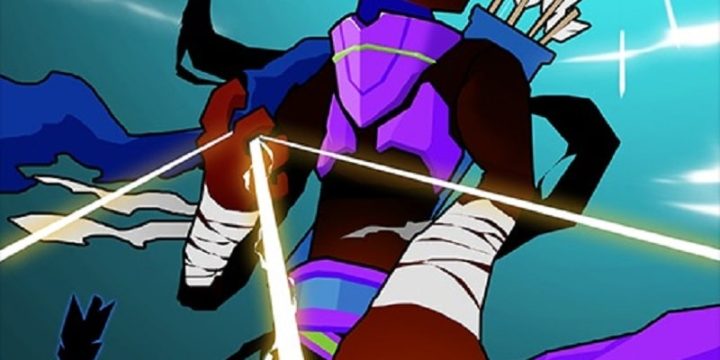