Manhwa is a Korean comic book genre. With an influence not inferior to the Japanese Manga. Has brought a large fan community around the world. Since then, more and more games based on the Manhwa series have been released. Prove the irrefutable appeal of this art form. And today I want to introduce you to Noblesse: Zero. A popular action role-playing game inspired by the series Manhwa of the same name.

Because it is based on a work that is extremely popular among fans. Noblesse: Zero meets all the essentials of the original to become a good game. It is impossible not to mention the characters in Manhwa. The plot is in accordance with the original, many events are closely linked together. The game will still put you in the familiar stories that you have read about. But instead of just reading and enjoying, now you can fully interact with everything. And you will create your own adventures with famous characters. 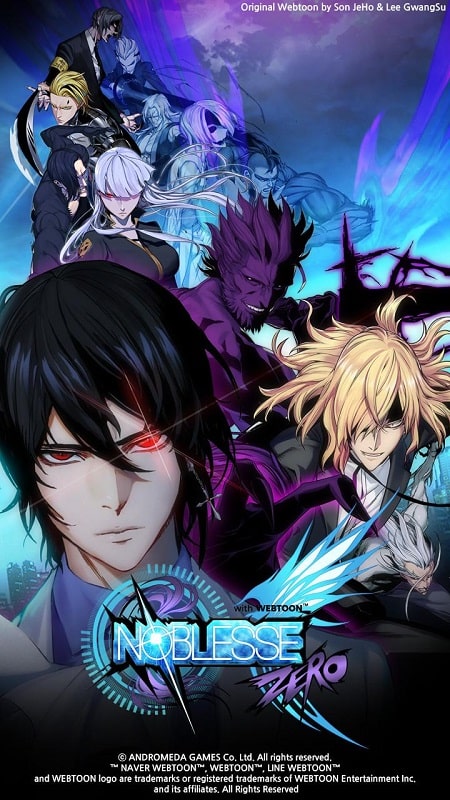 Download Noblesse: Zero mod – Participate in the number one masterpiece

The game is designed with 2 main parts on the screen. Above is the battlefield scene with customizable skill buttons. That’s where your warriors will appear. Fight with monsters and bosses continuously without stopping. Below will be the control panel, which is the place you use to manage your warriors. Arrange the formation and upgrade the warriors to more power to confront the monsters out there.

The reason why the game is so special is that it is adapted from the famous Manhwa Noblesse. But Noblesse: Zero itself is a pretty light game. There are not too many details for anyone wishing to learn about this work. Noblesse: Zero only brings the most general content about the story. You should see them as a light entertainment product when you have free time. Because there will be important elements that are not mentioned in the game. At that time I recommend you enjoy Manhwa rather than playing games. 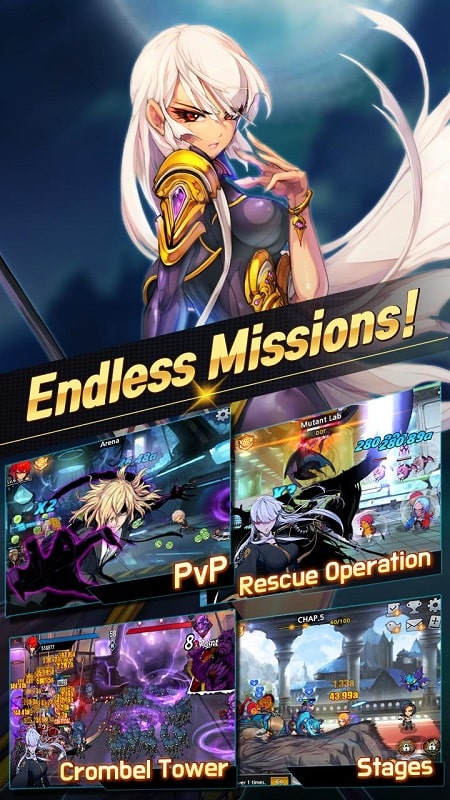 In Noblesse: Zero there are many modes for you to try all depending on your liking. We can play the story mode, with stories pre-loaded in the original. Plus attractive action role-playing gameplay. You will own all the characters related to the series. Put them in the squad and fight freely everywhere. Or as the stage mode has many different levels of play in each level. The higher you go, the harder it will be and the more valuable the rewards will be. Or PvP mode that helps you fight other players. Build your strongest squad and compete on the leaderboards to prove yourself. 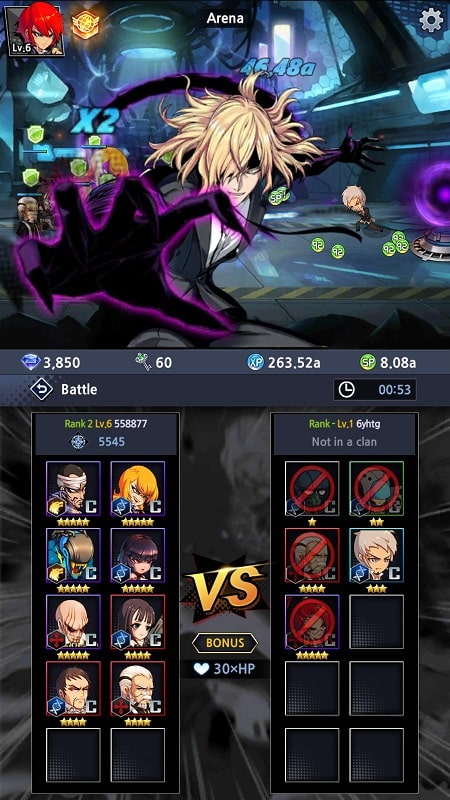 Accompanying a large warrior force will be the weapons with outstanding strength. Something used to increase the power of each warrior. Strong or weak squads also greatly affect the weapons that you equip each person. There are cheap weapons and low stats, suitable for early levels. Later, you can collect more powerful weapons. Ranked according to their aura qualities and colors. You must choose wisely because there are weapons that can be very powerful. But won’t suit a certain type of warrior. Carefully refine your most powerful equipment. Take the warriors out to the battlefield. 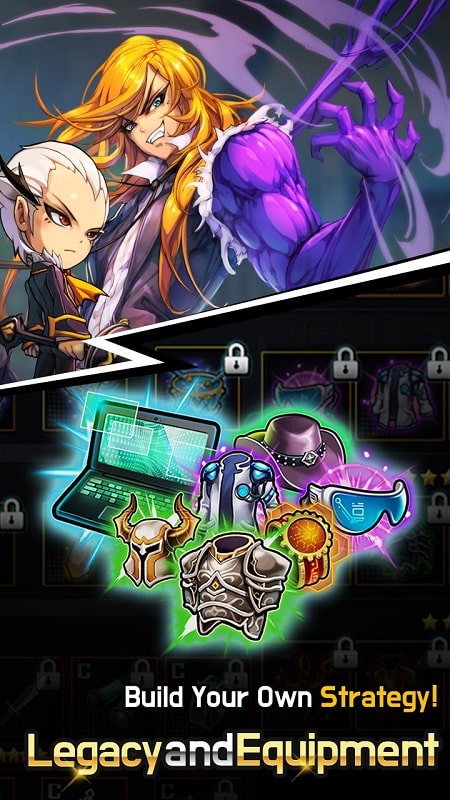 Each level played in Noblesse: Zero will include waves of enemies gradually increasing, from the first half to the last round. When all normal sets are completed and go to the end. You will confront the bosses of that level. The bosses are modeled after the villains. Or characters who betray our main character. Bosses will be larger in size than normal warriors and enemies. Beat them and you can get rewards for completing the level. These may be money or items needed to complete the storyline. Anyway, consider carefully when dealing with bosses. 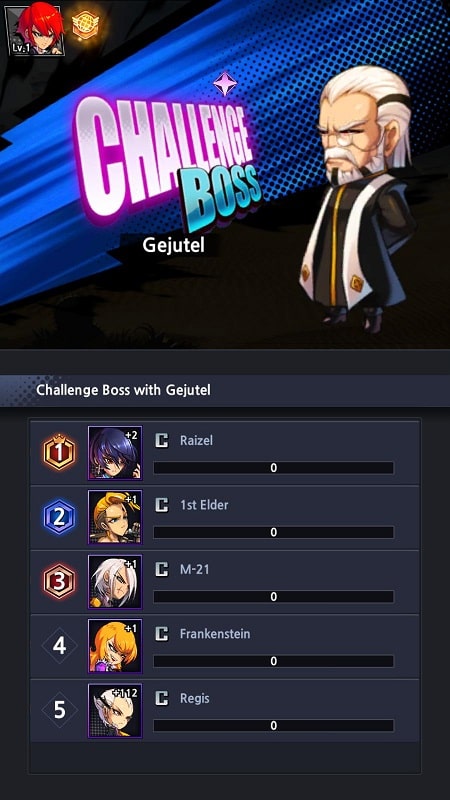 With images taken from the original comic book. The capacity is quite light and the gameplay is simple. Noblesse: Zero is quite suitable for you to play when you do not want to spend too much time with Manhwa. Or be a genuine fan of this series and want to experience an experience through a spin-off game. In general, the game will give you quite relaxing moments with automatic typing mode without too much operation. If you like such a game please download Noblesse: Zero mod to enjoy. 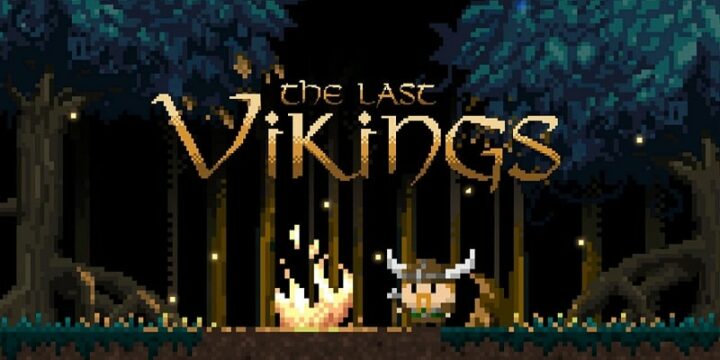 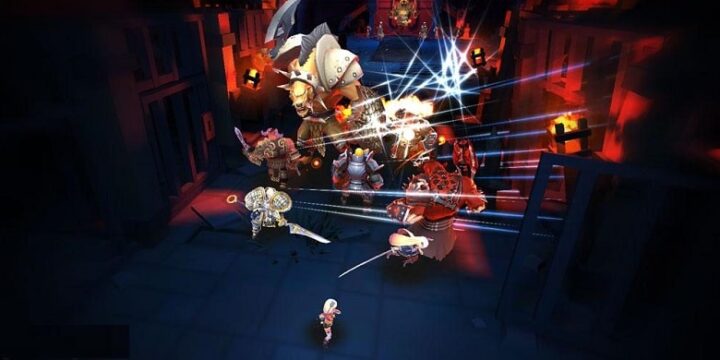 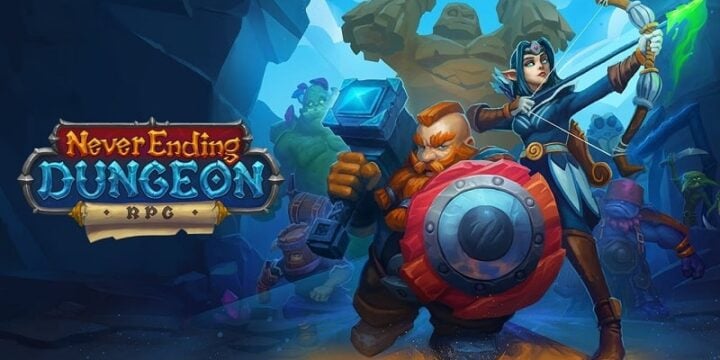