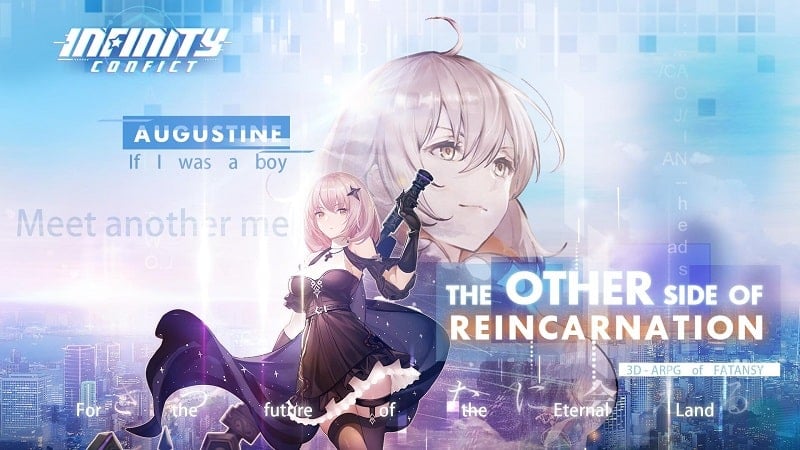 Once again, Immerse yourself in the beautiful anime-style game Infinity Conflict. Become the heroes of justice and defeat the evil demons. Infinity Conflict’s story is so profound and detailed that it’s hard to describe in its entirety. Based on a lot of jihad in history. The return of great names has laid the foundations of science, culture, and awareness for the whole world. Now it’s all shown in a different perspective, both exciting and profound. The story of heroes in turbulent times has just begun. Will you pen it so it can be written to the end?

Infinity Conflict is a game about fighting mixed with story enjoyment. The details will appear continuously on your battle journey. The set of characters plays a vital role in completing the story. Uncover the hidden mysteries behind the peaceful world. After all, what is controlling this world? Is God the actual creator of the world? Many questions will pop up in your mind during the game. And those are also the questions that the characters are trying to answer.

We get an overview of a divine continent in the world of Infinity Conflict. This is the region, and God has ruled from time immemorial. Humans are allowed to use magic to serve activities in their lives. Then greed began to arise, and battles broke out on this continent. It destroyed many vital structures took the lives of countless people. God created six artifacts with ultimate power. They were used to destroy the Demon King who caused this war. Until now, it sealed to wait for posterity to find it. You will lead the quest for that ultimate power.

The main cast of essential characters

The plot of the game is constantly appearing as you experience the game. That means pulling in the appearance of many characters. They are introduced by their names and promise to play a key role in the changing story. The main cast includes Schrodinger, Arthur, Aisha, Faraday, Petra, Tesla, and Ryu. Familiar names are based on many scientists and great people who have contributed to changing history. They now act as warriors who will join you in the eternal battle. Use them to stimulate the fighting spirit in you. Learn many new powers and experiences to level up. The turning point will happen when you collect all the critical characters.

All battles in Infinity Conflict are team fights. You choose the correct warriors in your squad. Enter the level and start defeating the demons that are roaming everywhere. Every member of the team can freely move around to fight. You will only control a single character, and the rest will automatically fight. But don’t worry because we can switch between different characters for continuous control. Battlefields are cathedrals or areas invaded by demons. Wherever they are, they appear. Your task is to clean up the whole thing. Liberate the spaces to cause the demon forces to decrease.

Infinity Conflict adds a gacha element for you to try your luck. Specifically, you will have a specific ratio to summon many different heroes. The high or low rate will depend on the level and rarity of each warrior. You need tickets to be able to summon buy them in the shop in varying quantities randomly. The main attraction lies in the thrilling moment when pressing the summon button. Then burst with joy when receiving a rare or favorite character. However, if you have the right tactics and equipment, the warriors can become strong no matter what level.

The battle with the demon forces will bring many details and twists to the story. Sometimes it brings a lot of ups and downs for the player. It’s not just about experiencing the fighting process, building the character. Infinity Conflict also allows players to enjoy a long and significant story. Bringing in the belief that good will always win. Greed is not bad, but sometimes it will create unforeseen disasters. To feel more clearly, you need an adventure until the end of Infinity Conflict mod. 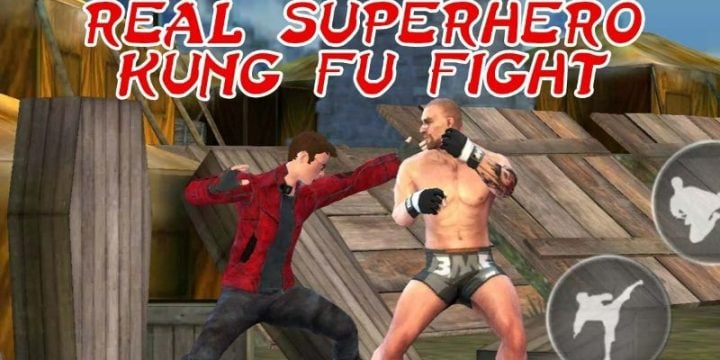 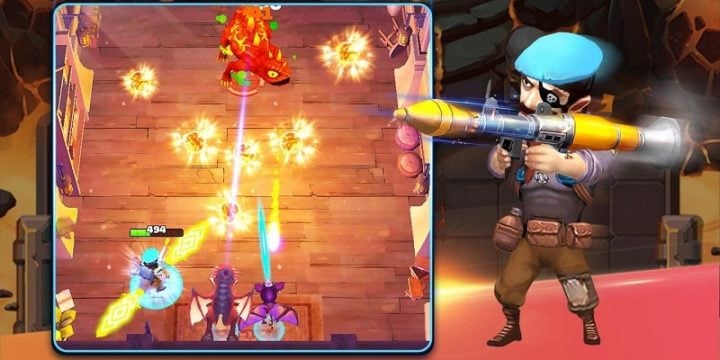