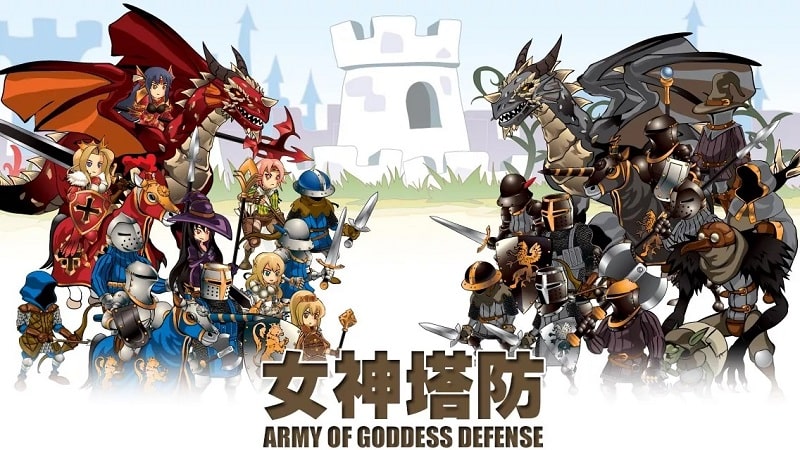 Whether or not the army can win is thanks to the Army of Goddess Defense commanders. They will lead their armies to the great victories that everyone desires. But to get there, you need to do everything in your power. Train and power up to reach the highest realms. Hundreds of thousands of great benefits will belong to you if you win the advantage. Show your supremacy over your enemies and challenge them even more. They are just simple tools for you to achieve your big ambitions quickly.

Our friends have been controlled by the dark lord and created a pointless war. If this continues, it will be the end of the world for your kingdom. Therefore, it is necessary to summon a powerful force to protect your castle immediately. Anime images are like a movie full of life. Fulfill your wish to become one of the great warriors of the world. Lead and bring back the glory with your own hands. Do what we need to have the absolute power of a great king. 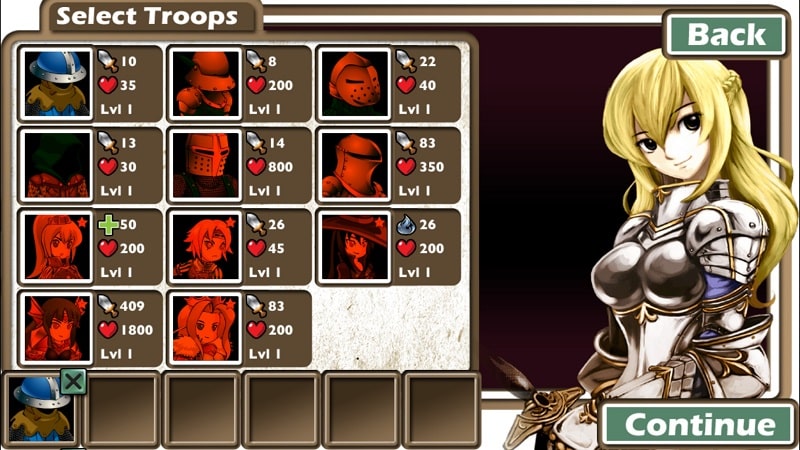 Starting the journey, control your character from left to right continuously. When this character encounters an enemy, it will automatically attack them continuously. Until the enemy is defeated, you can ultimately be allowed to continue. Battles will be rotated in waves, and enemies will follow. Before entering the next battle, you can choose one of two available skills. Take advantage of that to complete the next level with all you have. We will face more difficulties in the following levels later. But that is the only condition for you to practice the best skills.

For your character, the most crucial thing will be the use of skills effectively. First, we need to upgrade the character to the maximum possible level. Then comes the skills at the bottom with each paid upgrade. Higher levels will consume much more resources than previous levels. But in return, their effectiveness is increasing and making the character stronger. When you use skills, the character will reveal true strength. Quickly sweep enemies and move on to the next level. Resource accumulation is also tricky, so be patient to get higher power. 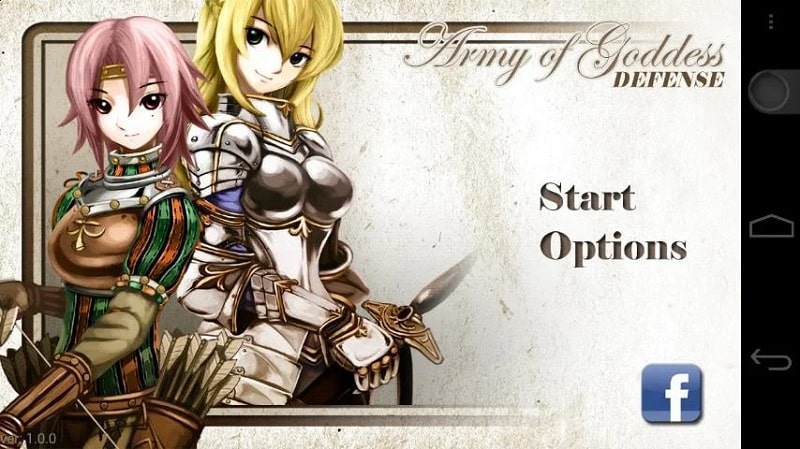 Enemies are our significant obstacle in defending our kingdom from invasion. They ravaged all the places they went through. Suppress all the weaker ones and challenge the goddesses with her arrogance. But the minions won’t be too much of a problem for us. The bosses standing in the back will go to battle when the time comes. You will face them head-on with their destructive power. How can I defeat someone stronger than me? That is a difficult thing to do, but not impossible. Just give the hero enough potential to win faster. 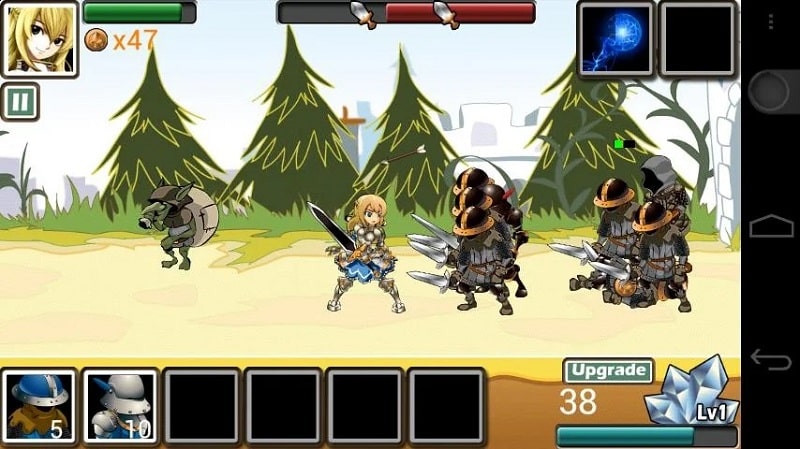 Feel like the normal levels aren’t challenging enough for your army? So why not enter challenge mode to raise your level even more? In this mode, there will be a lot of attacks that are deployed continuously. It all goes on until you fail, and that’s your achievement. So take your characters to new limits to become more robust in the Army of Goddess Defense mod.