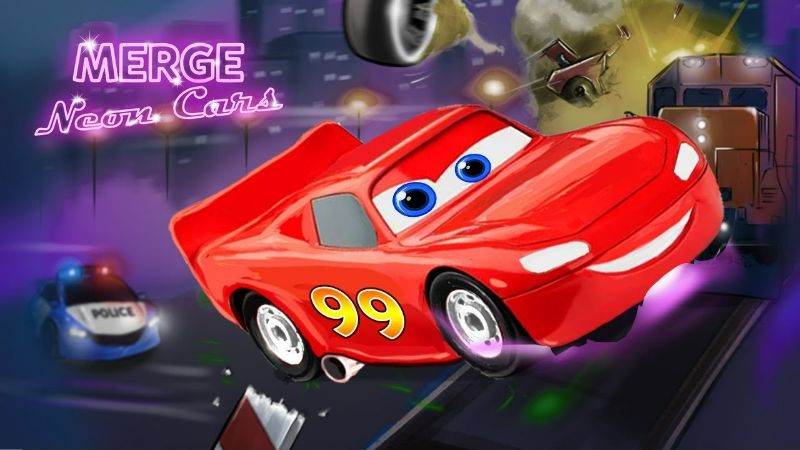 Merge Neon Car turns you into a rich boss of a large car garage. Collect and merge used, old cars to merge them into a newer version. Then the night your brainchild enters the fierce race to win precious rewards. Opportunity to create thousands of new versions of cars, shiny battle cars. Merge two cars to get a classy version. The interesting thing is that the player can’t tell with the two cars you have. What kind of cars can you create? It relies on variations of old cars to create a new look.

Called the parking lot, but there is only an empty area of ​​purple color. Above there are four black circular platforms where your cars are parked. Surrounding the area is a race track with the finish line on one side. And one side has a neon green glowing arrow indicating the direction of the vehicle. The first space is to park your first basic car, next to it there is a grayish blue secret box. When opening the box, the player can get a new car model. This model may or may not be the same as the one you currently have. After receiving the new car model, the player presses and drops the car on the track to let it run a full lap. 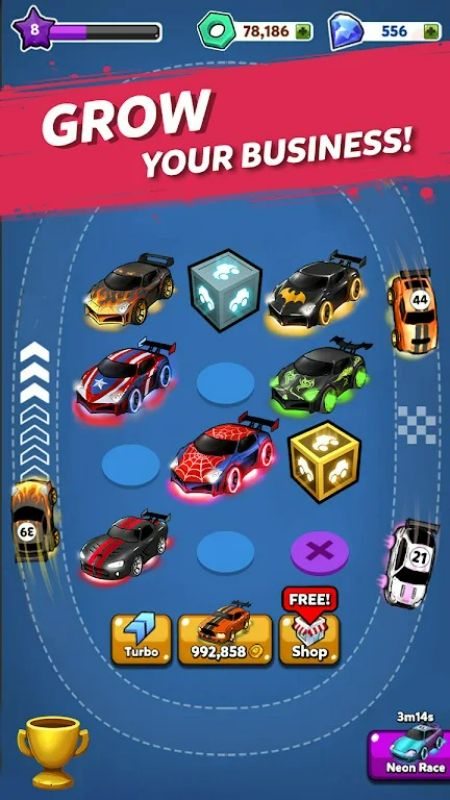 The only requirement and job you have to do is fuse the cars and put them on the track until your car is getting more and more powerful. When fused many times, at high level, the player can increase the speed of the cars. Players can also keep track of the vehicle’s serial number on the roof. When two cars look alike and merge, they turn into old cars. After a series of spray paint action, gear, car lights, engine. Players welcome a new version with a new name and speed mentioned below the car. Only two identical cars can be fused.

Many new models of Merge Neon Car always make players excited and surprised. They are designed with a modern twist but also have no shortage of high-class components. Black and white Fluffy model with a money-saving speed of up to 33 coins/second. The Freak model has a mysterious black color with four wheels and a green crossbar. Nonstop model has a blend of two colors, blue and purple, blue and white reflective wheel circles. The Eastern line is a combination of two colors blue and yellow, the bar is also blue. The Taipan sports car line has a red color with white stripes. Or the Slash line with two red and black colors. 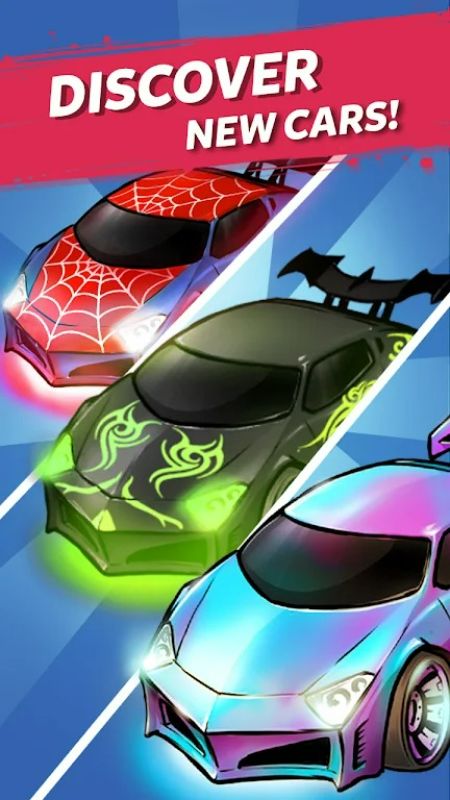 If you keep merging and bringing the car line to the track one after another. Players need more space to make parking queues for cars that have not yet turned. To do this, players need to collect a lot of coins. It’s blue with a car logo on it. And also have to wait until a certain level to have the opportunity to open the parking circle for cars. At first there were only four parking spaces, the speed of consolidation also took place slowly for players to easily access. But once you get used to the pace, opening new car lines will happen faster. If the player does not open enough parking spaces, these cars can be discarded. 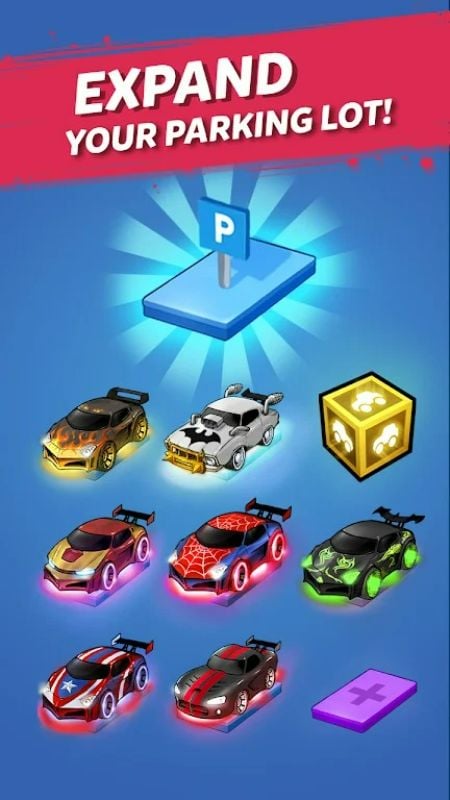 As mentioned, to create a new version of the car, the player needs to fuse two identical cars. When in your parking lot, already exist two models. Players just need to hold down the first car, then drop it in the position of the car of the same type. After a bluish-white thunderbolt, sparks splattered. A color spray paint, integrated components and chassis. A fireworks display, players officially welcome this new car. Do the same with the rest of the cars in the parking lot. If no two identical cars appear, the player can open mysterious boxes. This may contain the vehicle you are looking for. When your car reaches a higher level, the player can get gold coins more quickly. At that time, the speed of the vehicle also increased. This shortens the time it takes the cars to run a full lap. Luxury cars also have fancy functions that come with them. Players can participate in other game modes to change the atmosphere. Build buildings, vehicles, supermarkets,…Download Merge Neon Car mod and turn your city into a rich and modern place. 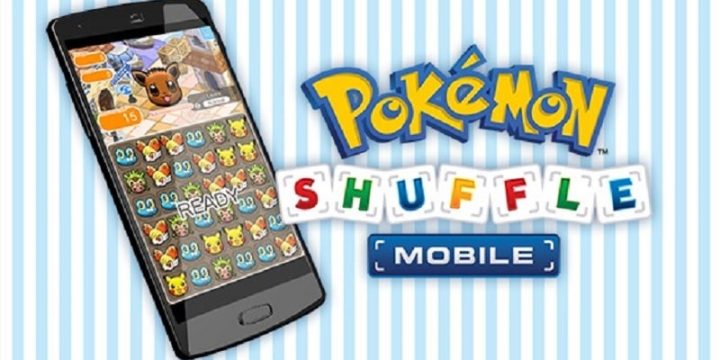 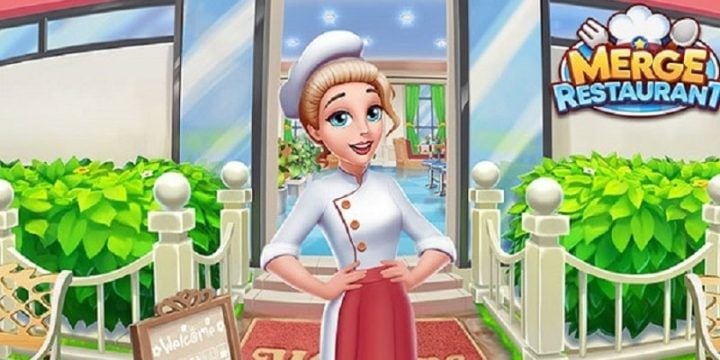 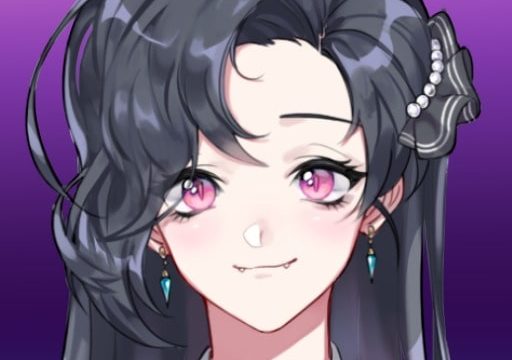 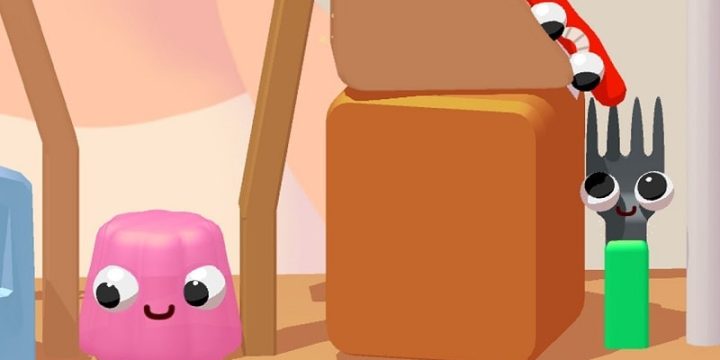 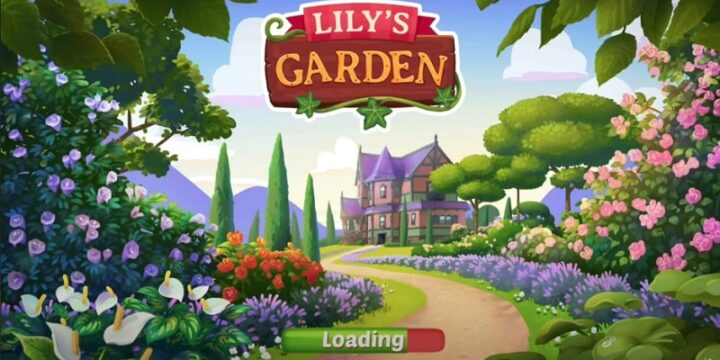