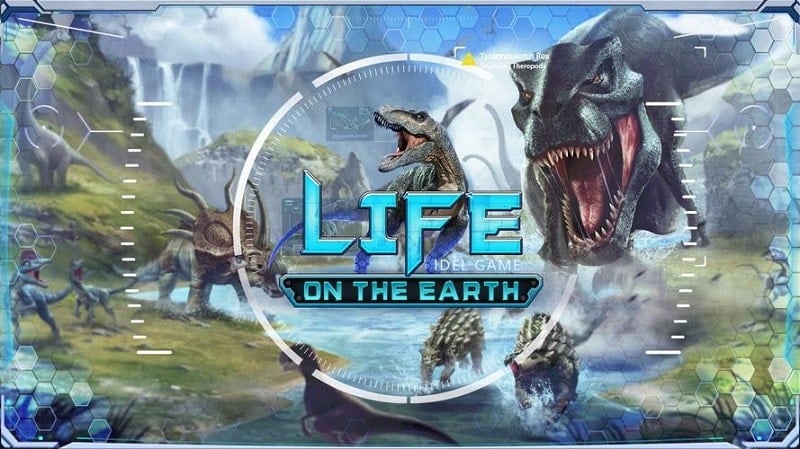 Have you ever wondered how the world evolved to be where it is today? Are you an enthusiast of learning and researching science? Or are you interested in the evolution of creatures? Whatever the purpose, Life on Earth is also the perfect choice for you. This is a game of the genre simulating the evolution of animals in the world. The game was released by DoMobile Game. The game will keep you entertained during your leisure time. Moreover, Life on Earth is also a very special game. That is a special educational property in evolutionary science.

The game gives you a wealth of paleontological knowledge. Here, you have a chance to find and uncover the mysteries of Earth’s ancient and mysterious creatures. You will experience exciting mini-games. You can enjoy the fun with new knowledge without spending much time and effort. The game impresses you with its realistic and sharp 3D graphics. The images of the creatures are simulated meticulously to every centimetre. Motion effects and sound reproduced according to the characteristics of ancient creatures. All will bring you a vivid paleontological world. Download Life on Earth mod – The miraculous evolution of the Earth

Thanks to the advanced science and technology of humankind, the evolution of living creatures in the world is no longer a mystery. Your mission is to use the power of science and technology to restore the evolution of ancient creatures. At the same time accelerate their evolution. Life on Earth offers players a mysterious diagram of the Earth. In this diagram, each era that existed was a branch. However, with the game’s original device technology, it is impossible to unlock them all. You need to upgrade evolutionary technologies, improve technical equipment to unlock and uncover mysteries. Life has existed for more than 4 billion years. Of which, people only existed for more than 1 million years. So if we compare the timeline of our evolution, we only have a few minutes. The fierce struggle for survival in nature brought these primitive creatures from ocean to land. From low-level creatures to high-level creatures. It is a long process that humans have yet to fully explore. That is the reason that Life on Earth was born. With the aim through the game to bring biology science education to everyone.

The game takes place in the future people. The place with the most advanced technology equipment. At this time, robots with artificial intelligence become human friends. You play as a palaeontologist. You and your robot assistant are in the same laboratory. The purpose is to draw a blueprint for the evolution of life. With the help of the robot assistant, you will gradually unlock the mysteries of the Earth. You are the only one who can complete this grand design. 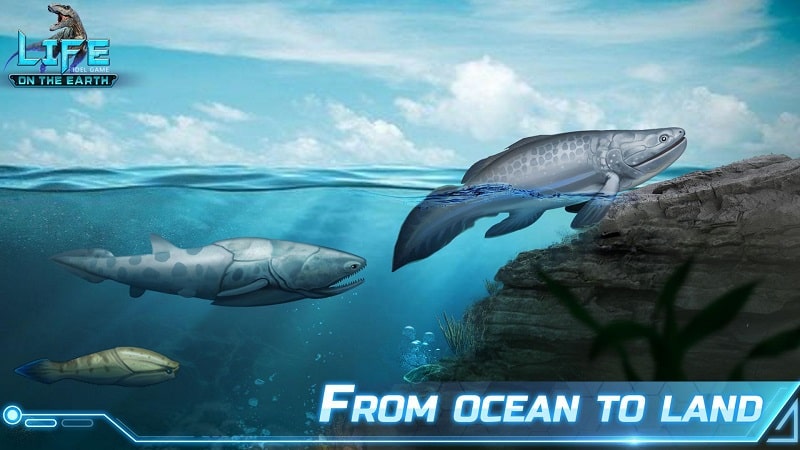 The documents, expertise about ancient creatures are carefully researched by the creators of the game and have clear origins. Through the game, you will gain an understanding of new areas that you may not have known before. Each level when the creatures are formed the game displays species-specific information. For example names, biological characteristics, food, evolutionary backgrounds, … You can upgrade them with your robot assistant to a new creature. The game will give you knowledge data to upgrade them. The game will bring players great feelings about the magic of nature. Life on Earth will restore various realistic shapes to ancient creatures. Thanks to the 3D effects and vivid sound effects, the world through the historical ages appears extremely real. Each characteristic such as lifestyle, living habits, food, enemies, hunting, … of ancient creatures is described most truthfully. Lower creatures evolved into higher-level creatures. This process is proportional to the increase of the levels in the game. In each of these processes, an image of the creatures will appear on your screen like a movie. You can observe all their movements as if you were directly communicating. 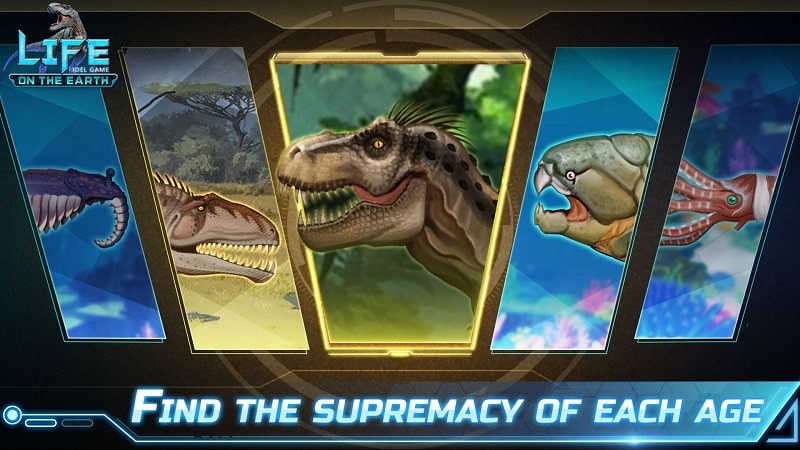 Life on Earth is an exciting and new idle entertainment game. Coming to the game you will have wonderful moments of relaxation. At the same time you can also learn interesting lessons. Game helps you to memorize knowledge quickly. Instead you have to headache with rigid classroom school lessons. Download Life on Earth mod to explore the world of amazing ancient creatures and unlock the mysteries of the world. 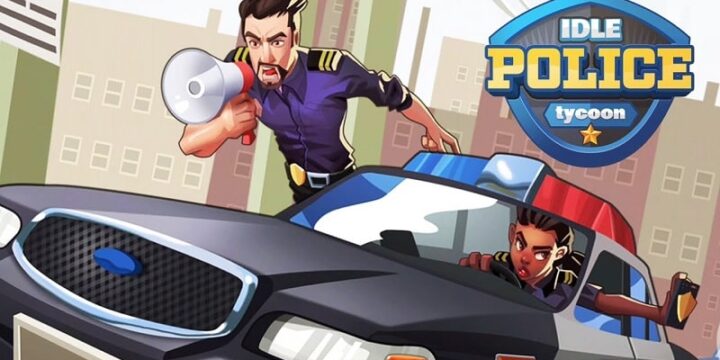 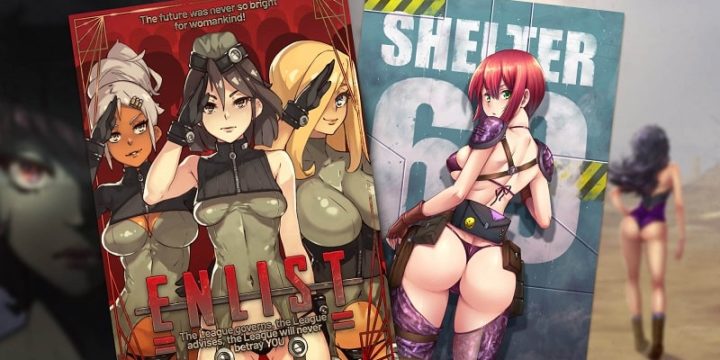 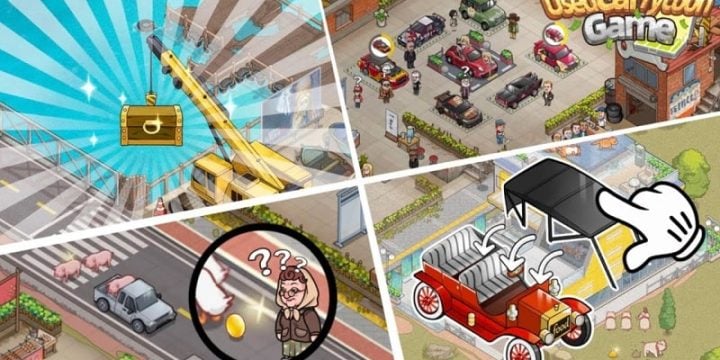 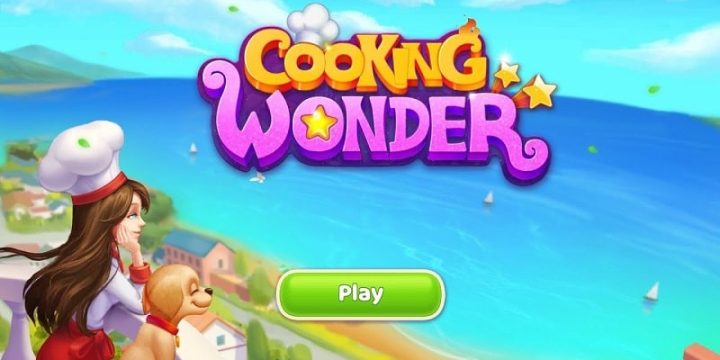 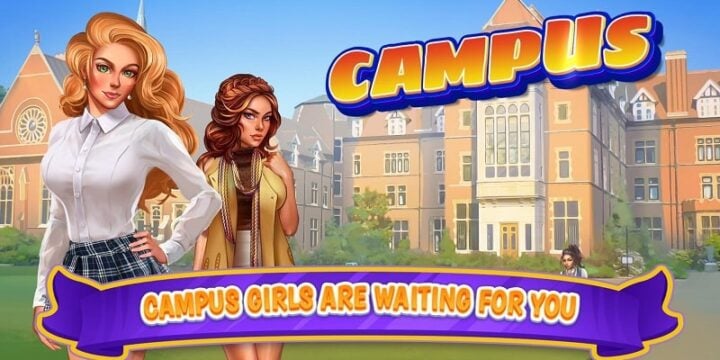 it works, but it’s not forever. after you spend diamonds to buy chests, you are immediately banned.