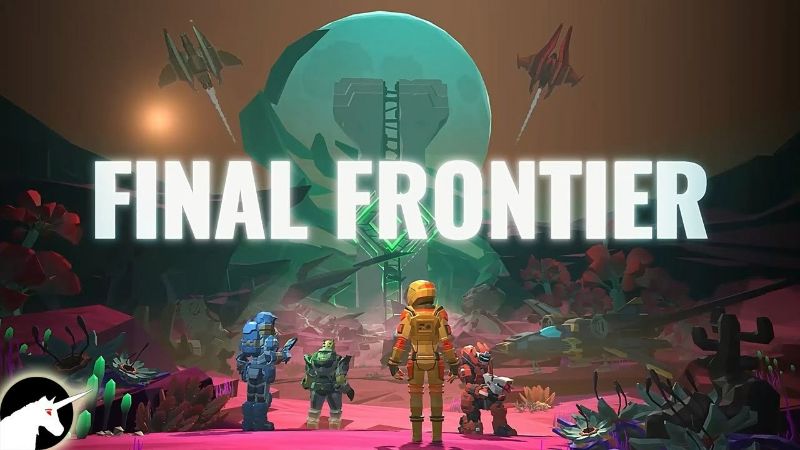 Final Frontier is the role-playing game of the leader of a space bandit. Your mission is to lead this team to move from planet to planet. This is a war that has lasted for thousands of years between the two most powerful races in the universe. It was the Gideans and the mighty Armadians. Although the Gideans had lost the battle, they were not resigned. But they activated Obelicks as a defense to protect the galaxy. This has come at a very high price. That’s equal to the lives of all the people of Gideans. After thousands of years, the Armadians have returned and intend to harm the innocent people in this galaxy.

In the adventure from planet to planet with teammates. You have encountered a mysterious girl on a mission to save the galaxy. You need to complete missions, fight evil alien creatures. In addition, you must also gather a full army to accompany you. Together with them build a synergistic crew, and repair the spaceship together. Take part in dangerous wars in space. At first, only you have to deal with the creatures on the first planet. Next is to step onto the spaceship waiting for you in the waiting area. Continue the path to the next planet. 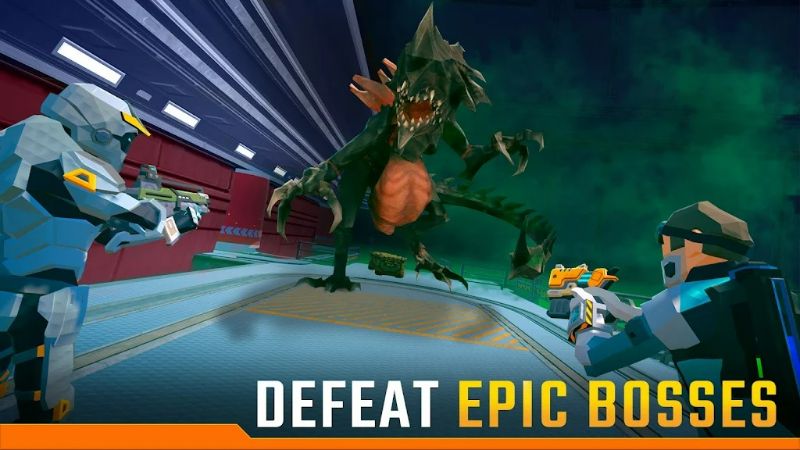 The player’s spaceship is surrounded by a blue dashed circle. To move it to the next planet, the player just needs to touch the front of the path. Then a blue plus sign appeared, and a dashed line connecting the spaceship to that plus sign. Your spaceship will then automatically move to the location you choose. Arriving at the new planet location, there is an alien girl with a blue body. She wears tight black clothes, communicate with her so that she can learn the mission and necessary requirements. After choosing the hero and teammates, you want to join the game.

Each time the player wins a level, the reward can include hero skins, gold coins, etc. Each hero has different identification characteristics and skills. Heroes come from many different planets, bringing with them the characteristics of those planets. The first leader is a boy from earth with romantic brown hair. Neyo girl with a green reflective skin. Short black hair that highlights purple eyes. Or the O’Lzoro dinosaur with a copper-yellow body. Holding a shield and a blue sword. Or the gangster with red hair, blue eyes, and two fangs. Final Frontier’s galaxy system is an endless series. Players are free to explore and exploit from planet to planet. Each planet has different topographical features and creatures. The planet Zitrorix is ​​charcoal green with four-legged green creatures. The planet Poria is green with strange ancient flowers. There are also many minerals, such as clusters of blue and purple gems, … The red planet Oetria has giant scorpions. There are also cannibal flowers with sharp teeth. There is also a planet containing the waste products of the universe, damaged and malfunctioning spacecraft. 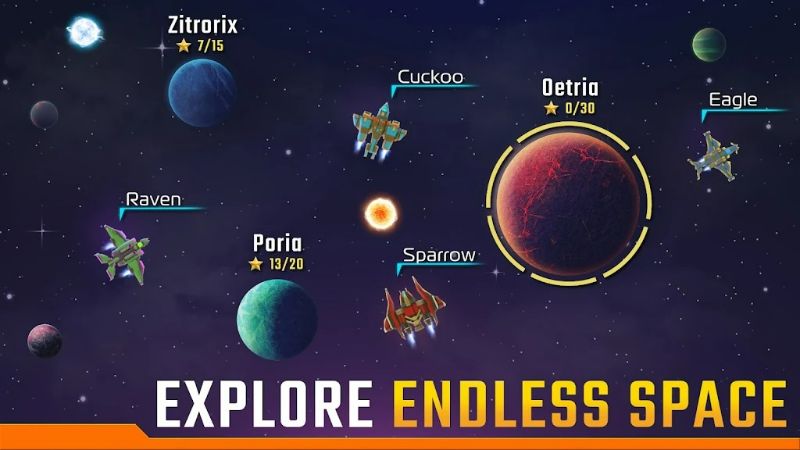 Heroes in Final Frontier have support equipment, including six main components. Usually, armor, pants, hats, shoes, gloves, and belts. Upgrade these equipment to enhance your hero’s combat stats. In addition to equipping the character, if the player needs to use the money for any other purpose. You can also sell these equipment to serve the current purpose. Or you simply have too many of the same equipment, you can sell less to avoid full stock. The guns that the player is equipped with also play an important role. Upgrade these guns to increase the character’s attack stats. Final Frontier also has a boss battle mode behind. The rewards will increase and be more valuable when fighting another big boss. Giant alien creatures such as mutant tyrannosaurs, gorillas,… Players can also bring their fighting army to challenge other people’s armies. Each planet contains storylines corresponding to different parts. The network of planets is connected by lines of white light. Download Final Frontier mod to participate in the space war against alien creatures. 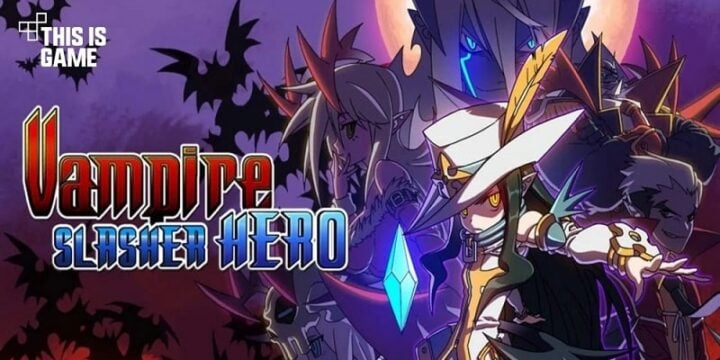 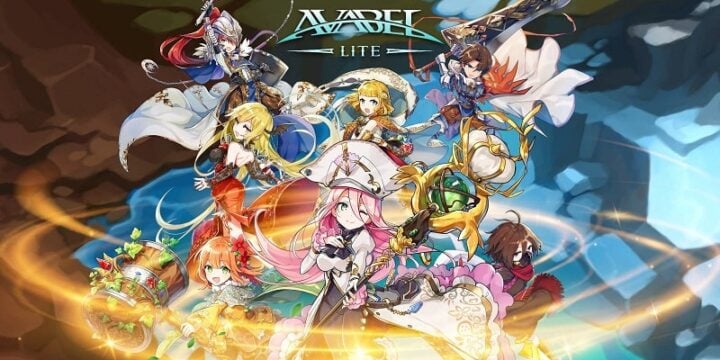 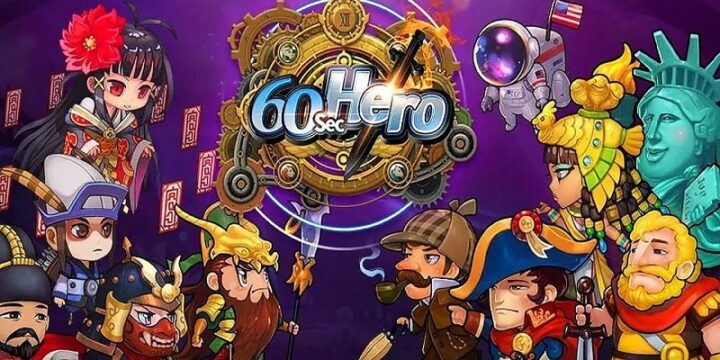