We humans have always wanted to possess supernatural powers. Powers that ordinary people don’t have to do extraordinary things. Become an outstanding hero defeating the villains to protect the peace. Be honored by those around you for your achievements. But your life doesn’t allow that to happen. Make that dream come true in Darkfire Heroes, which will bring you to the strongest enemy in your life.

Give players a new perspective on fighting style. Darkfire Heroes game with campaign execution was born. Satisfy the desires of many gamers around the world and lead them to war. Fights against disgusting monsters from the depths of darkness. Wars are fought to preserve the honor and bring glory to fame. Fulfill the hero’s mission and their duty. Discover new features introduced by game makers. Experience this extremely entertaining game. It will also be completely free for everyone who wants to experience the feeling of being a hero. I can’t stand by and watch the land where I was born is destroyed. Stupid and cruel monsters are trampling on your honor. An elite group of people with more fighting ability than humans gathered. Determined to complete the goal of driving the enemy out of this realm. The gameplay of Darkfire Heroes is extremely simple and almost automatic. Heroes when meeting an enemy will automatically rush out and fight. You won’t have to do anything but use the skill. Drag and drop the skill to where you need it and cast it quickly. Help your heroes defeat these monsters and pass levels to get rewards. 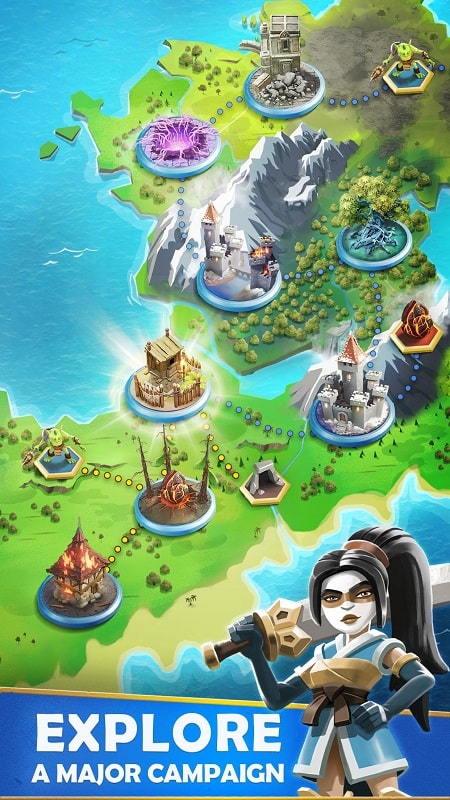 With its diversity, Darkfire Heroes will bring in a lot of heroes. Each hero has a different style, outfit, and shade. Through the basic indicators listed in the information, you will better understand their strengths and weaknesses. The characters are divided into many different professions with their own fighting style. If you build a complete squad you will see how effective they are. The ways of fighting are different but will complement each other’s shortcomings. At the same time, coordinate better to defeat enemies stronger than them. Through each level you will receive rewards and their precious pieces to upgrade. 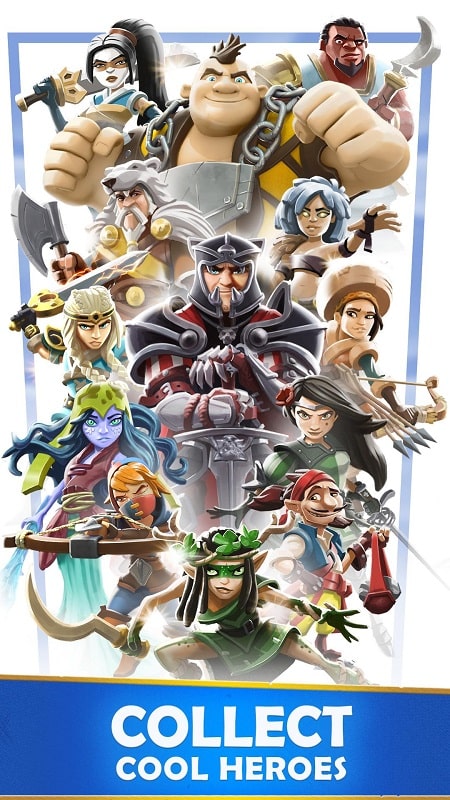 Equipment is essential for your hero in battle. Wearing powerful equipment will help your hero survive better in battles. Strong armor plates will help you resist a lot of damage from enemies. Sharp weapons are effective to destroy enemies with a few hits. This equipment, when worn, will see its outstanding effectiveness. Significantly increase each character’s ATK and DEF to meet your high combat needs. Make an ordinary hero a lot more terrible. Earning a strong hero doesn’t equal you earning a strong item, keep this in mind while playing. The interesting thing about Darkfire Heroes is that you are not alone. This world is extremely large and contains countless powerful online players. They are waiting for you in PvP mode for hand-to-hand combat. Compare your own strength and experience in the arena of fame. Fight for victory and assert your unmatched strength. I train myself through battles to become stronger over time. Find the right strategies and the most powerful squad. Grasp the enemy’s loophole and exploit it to the fullest and make them die slowly. Do not fight indiscriminately, but fight smartly, using cunning rather than force. 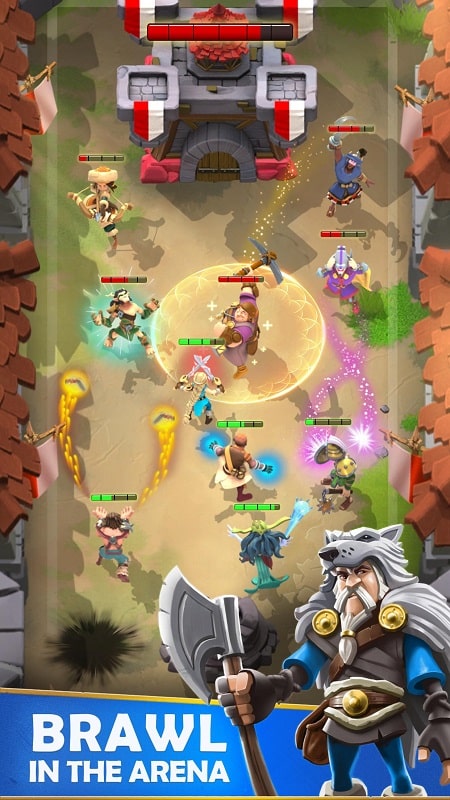 When you are alone, it will be difficult to become strong and often be crushed. Create your own group with as many members as possible. These friends will support you during play as well as at struggles of interest. Access and exchange information together through chat channels. Work together to find new tricks or create unique strategies. Grow with friends and ally with each other to conquer challenges. Download Darkfire Heroes mod and start exploring this vast magical land. Find yourself the strongest heroes and the best equipment. Set out to eliminate the evil that exists on this land. 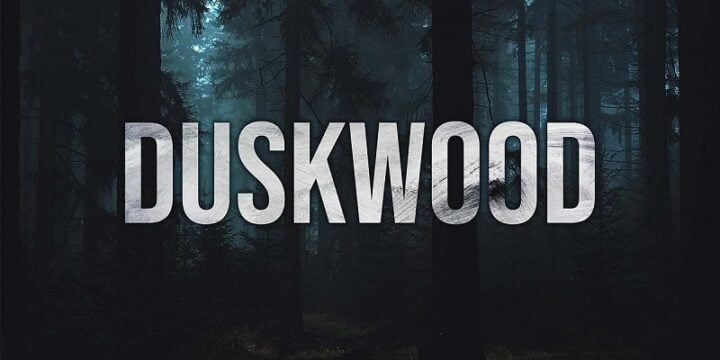 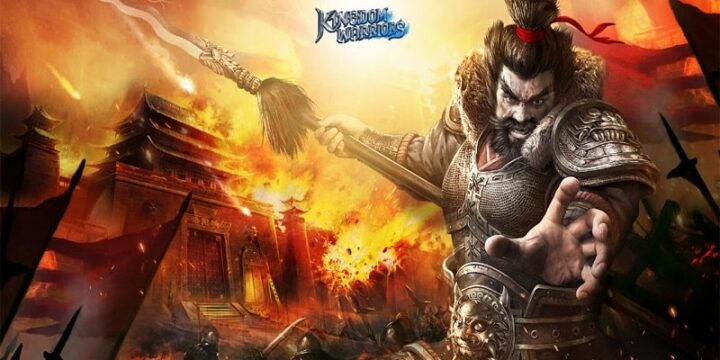 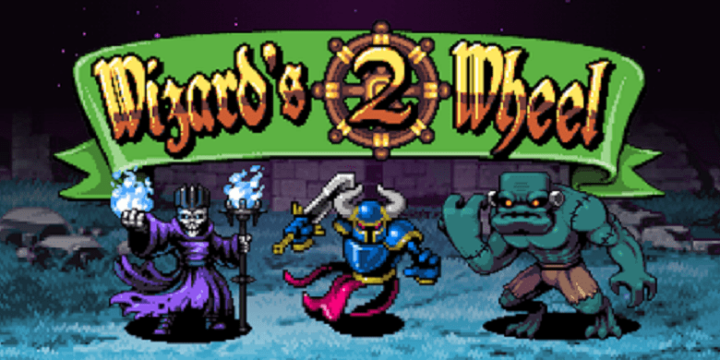 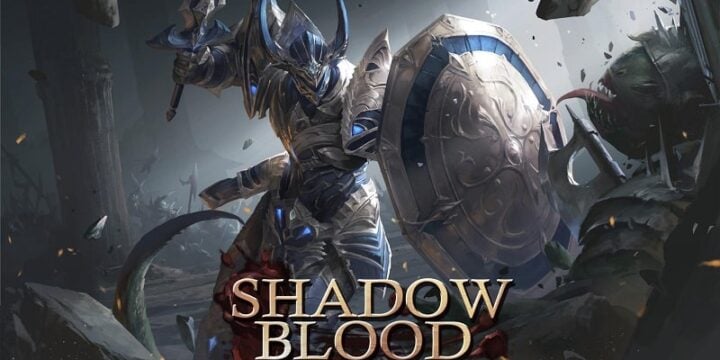 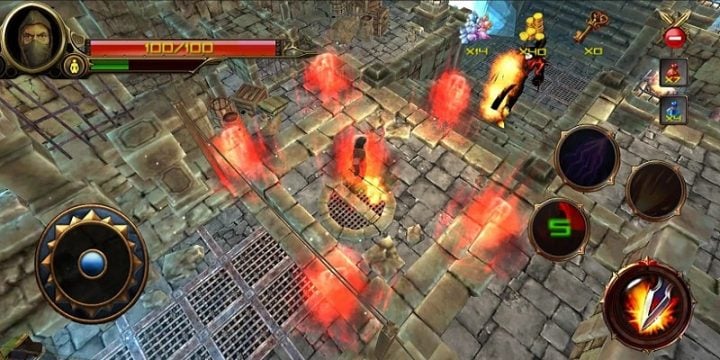