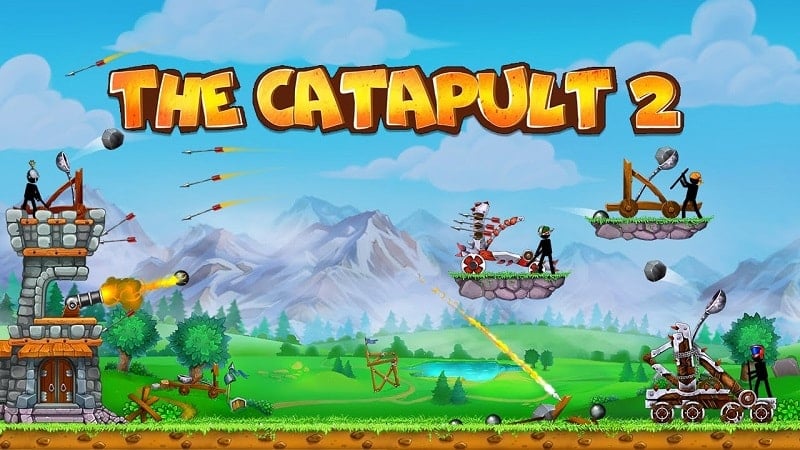 The Catapult 2 is a game about a brave warrior who defends his tower against the attack of the enemy, along with powerful weapons to destroy the enemy. The game with eye-catching graphics has attracted many players around the world with millions of registration, showing the appeal of this game. You will become a super-soldier possessing powerful weapons, standing on the tower to attack the enemy to defend his tower. You just need to move your weapon to hit the enemy to eliminate the superior attack against a variety of enemy modern tools such as planes, guns, cannons. The Catapult 2 will take you to a very fascinating battle in which you are the master of a large castle.

The Catapult 2 will help you become the kingdom boss, destroy all enemy forces, protect the fortified tower. With simple but not boring gameplay, The Catapult 2 will give players an interesting experience, you will be transformed into a “boss” to protect your own castle. The game not only helps you entertain but also improves you with many defensive skills, quick hands, and intelligence to attack the enemy. Standing on a massive tower with weapons in hand, defend and destroy the enemy to make your tower safe.

Download game The Catapult 2 – fight and defend the tower

Coming to The Catapult 2 you will have more interesting experiences, owning a variety of different protective weapons to attack the enemy. You will become a skilled fighter, be the boss of the fortified tower. Let The Catapult 2 be your great companion to make you the strongest boss attacking the enemy and defending the tower from any enemy siege.

The Catapult 2 has a variety of game modes so players can freely choose at will. With PVP game mode you will fight until you lose. Use bullets, arrows, and cannons to destroy countless types of enemies. Also, your enemies are sinister monsters who always want to attack your tower. So you need to defend as well as attack them acutely so that the tower is not broken by them. With each game mode, you will have many new skills that will make you the most powerful boss in the kingdom.

How to play The Catapult 2

The gameplay of The Catapult 2 is very simple, players just need to use their fingers to move the bullet, forward, and back to shoot the enemy. You will destroy the enemy continuously and vice versa, so you need to quickly combine with weapons to attack the enemy. If you lose your towers will be destroyed and fall into enemy hands, everything you build will be destroyed by them. With countless enemy forces, you have to move skillfully to defend most effectively and protect your tower safely. All your weapons and sharpness will be a great combination to eliminate sinister enemies, protect the tower from their encirclement.

In Catapult 2, the weapons are also upgraded to be stronger with many different types and sizes with special powers as a powerful assistant for you to destroy the enemy. In addition to the existing weapons, players can completely equip themselves with new weapons such as cannons or arrows to improve their power.

Your enemies are also growing stronger, they defend and attack more and more. That is why upgrading weapons is very important. The upgrade of many different weapons will help you destroy the enemy easily, giving you more power to attack and defend the tower.

Initially, your tower was designed to be a fairly simple tower of wood. When passing higher levels, players can upgrade their towers like stone towers or more modern iron towers. That will help you have more solid battleships to resist the onslaught of enemies. When you gain a lot of bonuses, you can use the money to buy towers at will, each more modern tower will strengthen your safe residence so that you can completely destroy the enemy with complete peace of mind.

The Catapult 2 is a dramatic battle in which you own the kingdom. Attractive game with many challenges waiting for you to discover. With many new features, The Catapult 2 will help you become a hero to eliminate countless giant enemies. The game gives you many wonderful things in which you are the boss of the tall tower. 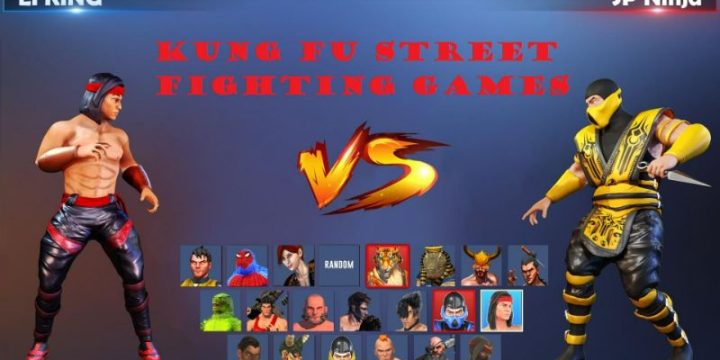 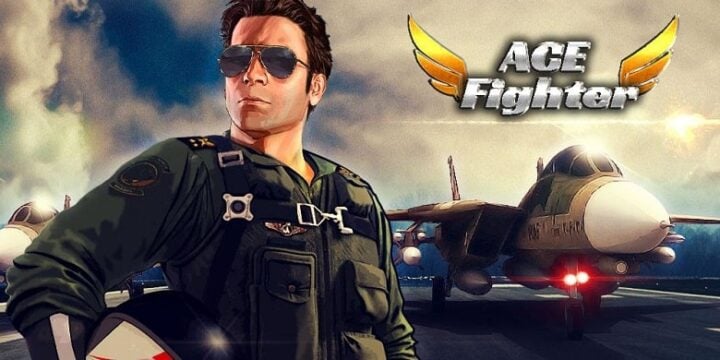 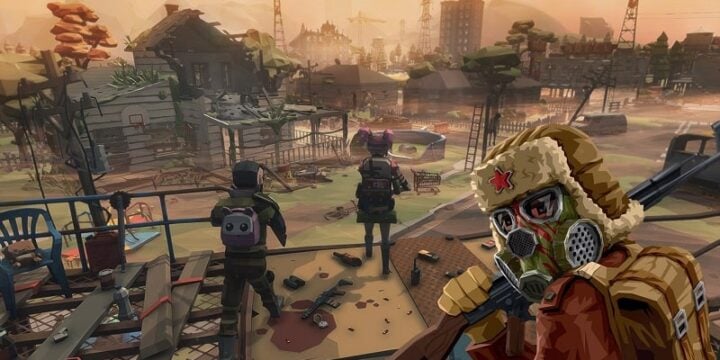 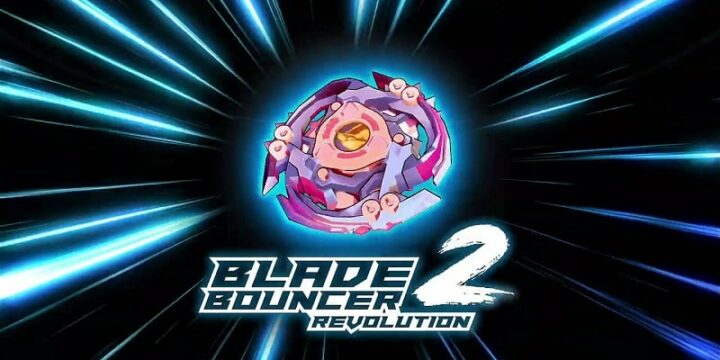