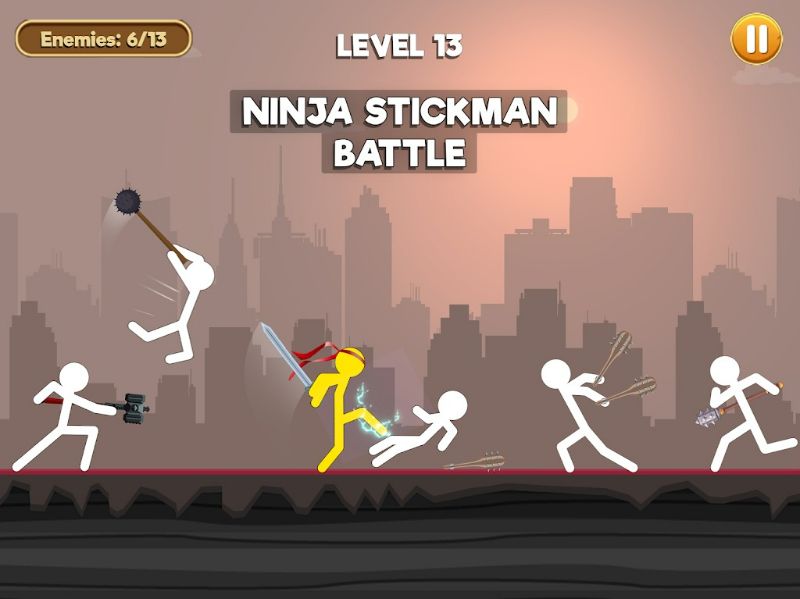 Stickman Battle: Stick Ninja is an action game set in familiar stickmen. The gameplay is familiar when it is a head-to-head battle between two stickman players. Your job is to train a stickman with skills and martial arts virtuosity. Just go through the player guide, you can easily enjoy it. As a level action game, players can choose preferred levels to participate in. As long as you have unlocked that level and participate in the game, it’s fine. Stickman Battle: Stick Ninja also offers many game modes so you can experience different types of combat in the war.

Your job is to become a skilled ninja soldier, protect people on earth from evil enemies. The ninja’s super fighting skills also surprise you. Although it is a fighting game, the scene where Stickman Battle: Stick Ninja brings a sense of humor. The blows to the face to the opponent create entertainment and humor. Players can rest assured if young children have access to this game. This is like a funny fight to protect your righteous and sanctified side. Because the enemy came here with the aim of destroying the peace of the earth. Show your strength like a true warrior. 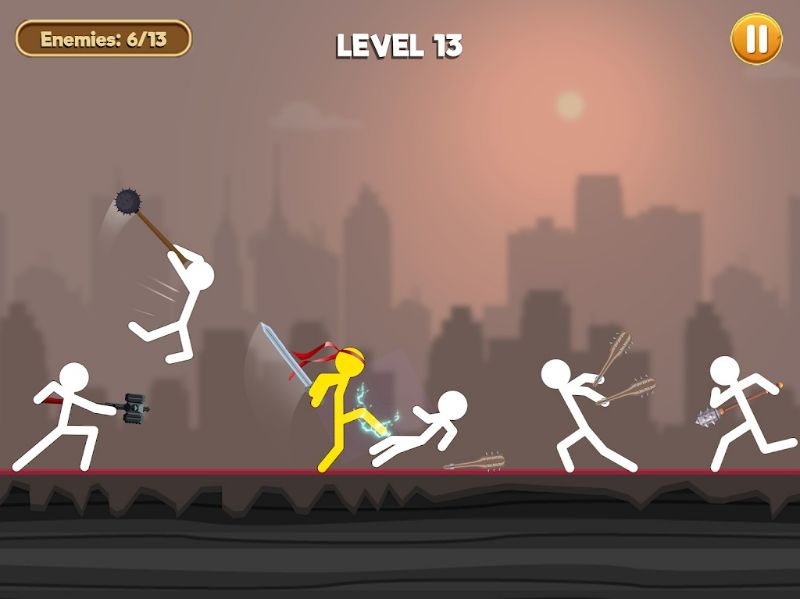 The game offers many game modes for players to choose from. But the operations are relatively similar in the modes. Once the mode has been selected, your stickman is taken to a certain battle area. Here, you can control your character to move back and forth by touching the screen. Attacking an opponent just needs to touch them, because the game automatically gives its attacks. As soon as the stick people were destroyed, they turned into gold coins that fell to the ground. These gold coins disappear and automatically add to your budget. The number of people the stick killed is displayed at the top of the screen. 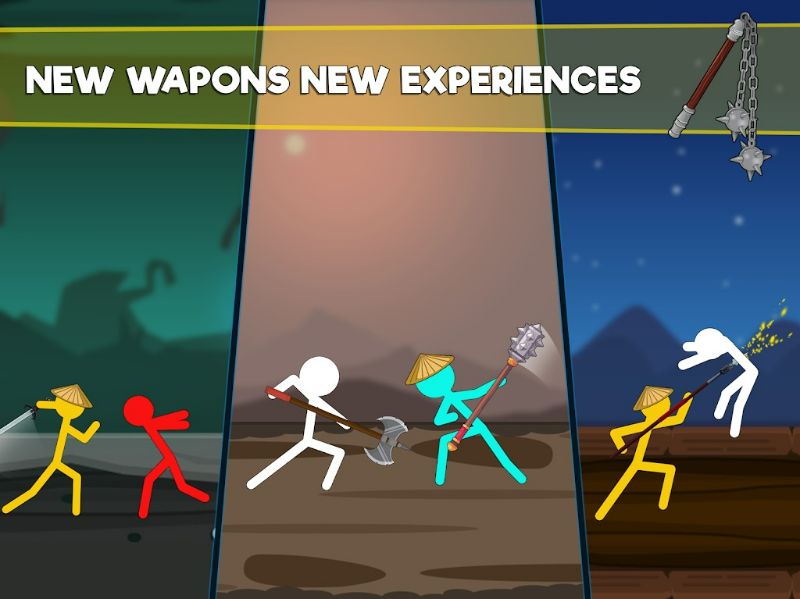 Although the player is defaulted in the form of a stickman, the player can equip additional costumes and clothes. It is also possible to change the color of the character to increase their recognition. The default stickman is white, besides that, there are red, blue, yellow, black, green stick people, … It Can also be equipped with additional furniture such as conical hats, scarves and scarves—red head. Buy black knight hats and ninja masks. Or breakthrough hairstyles such as spikes, ghostly, funny faces are also provided. And countless interesting expressions, strange clothes, but interesting hairstyles, hats are waiting for you to buy. 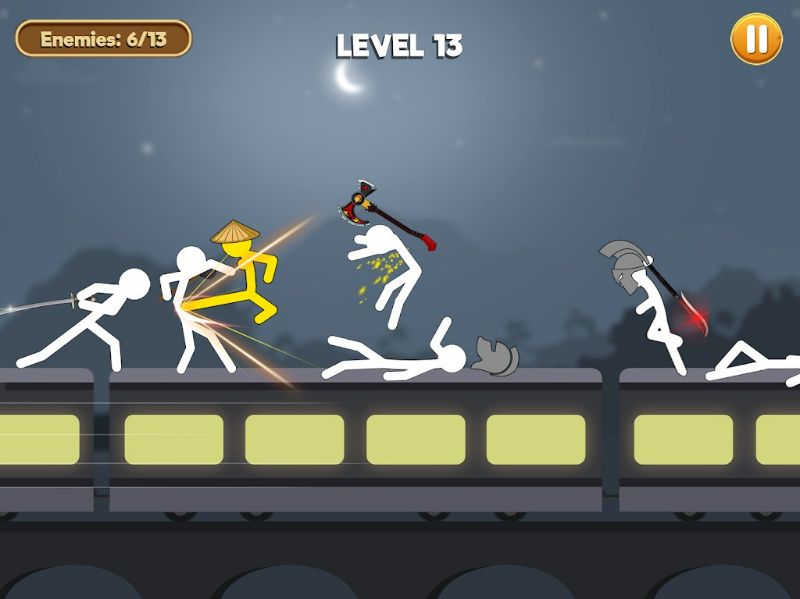 Besides the change in appearance, the transformation of weapons is also an interesting thing. As a basic stick hero, the player only fights with his bare hands. But when leveling up, there are additional bonuses. Buying more weapons makes it easier and faster for players to destroy enemies. Simple lightsaber with sharp spear with a red handle. Or two balls of spikes made of iron and hung on two chains. Hammers, axes, and clubs are also indispensable. Each type of weapon, when descending, carries a beam of light of the same color—the more powerful the gun, the more sophisticated the design and appearance. Each level or fight that Stickman Battle: Stick Ninja brings takes place in a different area. It stretches across interesting locations around the world, day or night. In an empty seaport with blue container warehouses. Or at the edge of a dark forest bordering a city with lights on. In the border area with the wall made of barbed wire, in the sky there was only the presence of the full yellow moon. Or on a bridge over a fast-flowing river, in the distance is a castle engulfed in darkness. It is also possible to live in a village with simple wooden houses. In the middle of the industrial zone with massive construction machinery. 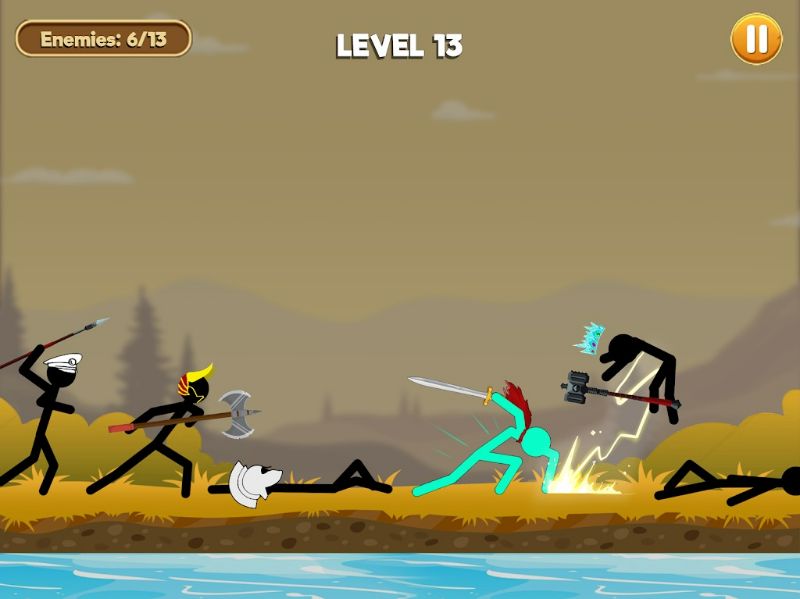 The game also provides modes for you: single, tournament, and survival. Each mode is a different way of playing. Survival mode wants the player to destroy all the stickmen that attack you. Kill as many as possible. Tournament mode as the name suggests, for 1×1 combat. Then your reputation will be accumulated through each level. Solo mode for players to show off their skills. Download Stickman Battle: Stick Ninja mod to participate in the stickman war to protect the people of the universe. 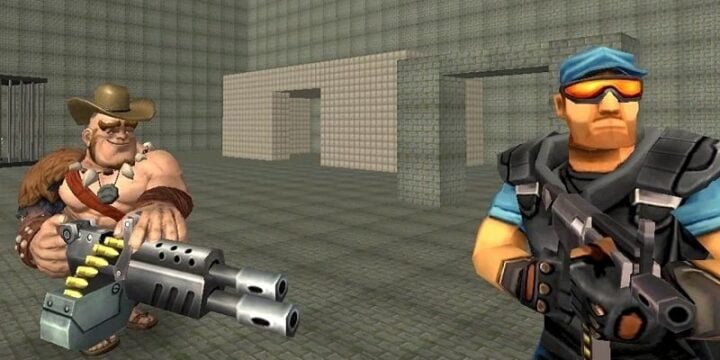 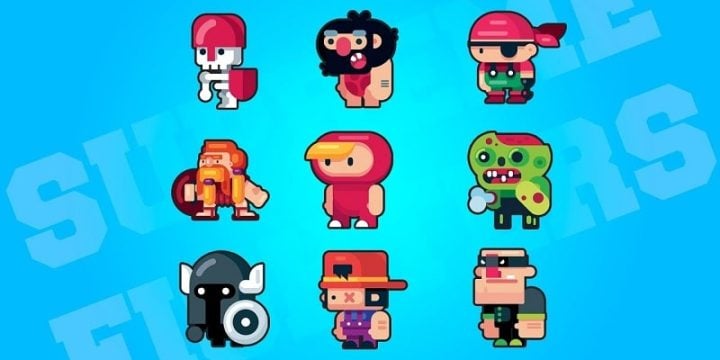 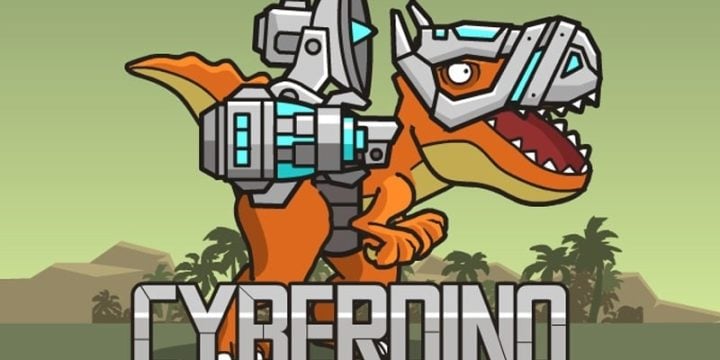