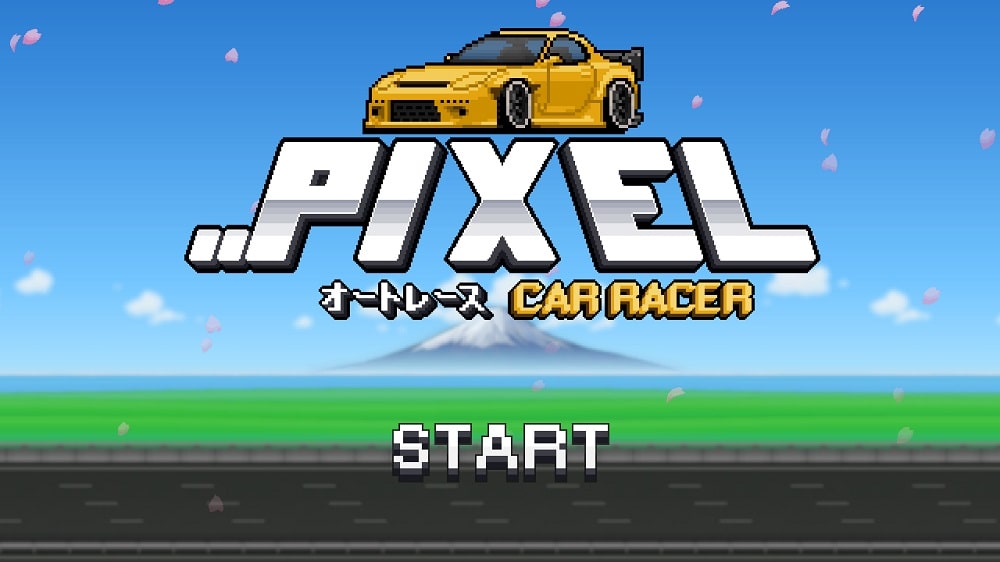 Pixel Car Racer racing game with simple style released by Furukawa Studio. With simple gameplay but still showing many highlights, the game has been very responsive to players. Pixel Car Racer MOD has a lot of cars and spare parts for you. Focus on building a strong supercar, you should discover it immediately. Using the RPG sandbox-style, new players are often confused when opening the game. You can not think of how to play why so simple. Get off the driveway and hit the accelerator until you reach the top speed. Do everything you can, such as pressing the gas, the bonnet shows the power of the supercar engine block.

Pixel Car Racer is very brave when launching a new type of racing game for players to have different experiences. Other than being a racing game you won’t find it like any other game. It is the creativity that has brought Pixel Car Racer APK a large number of users. Although it is a simpler racing style than Beach Buggy Racing, there is still much to do in this game. To show that you are a genuine player, there is no way but to own a supercar frame. Show people, you’re a real car player. 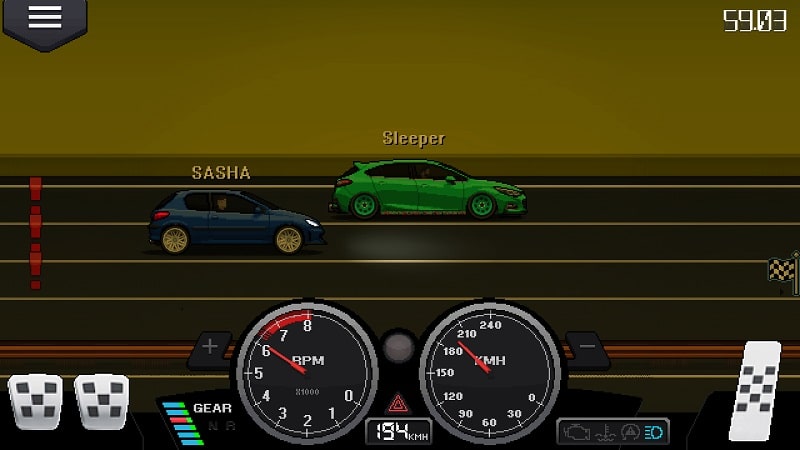 The function you can see in Pixel Car Racer with only 5 options: Race, Garage, Dealership, Parts Store, and Options. There is not much to choose from, but when it comes to any feature, the game shows a very experienced vehicle. In the race you have to press the accelerator pedal is not removed, the speed will increase over time. Combined with the gearbox adjustment on both sides of the speedometer and the engine revs will help the car work well.

You can choose one of three racing modes: Drag, Street, and Story. Each type of racing leaves an unforgettable mark on the player’s heart. Choose the type of play you want, then you need to get ready before the opponents. Minimize collisions as well as to be left behind. The time for each game is limited, taking action just before it’s too late.

It is impossible to list all the things you can upgrade. There are actually too many things that can change in Pixel Car Racer. However, the main purpose of the game is still to improve the speed index, the power … If you want to overcome other players you must upgrade your car. The later the challenge will be the higher the level of difficulty.

Dealership – A place for buying and selling cars

You can buy better new cars and sell cars quickly with this feature. The basic specifications and prices will be displayed publicly. Choose the car you want and make a trade now. With the huge amount of Pixel Car Racer MOD version, you can own all the available cars.

All necessary car toys and accessories are here. You can change any items that you are not satisfied with on your car. Get started right away to refresh your car’s appearance, apart from having a strong engine, it’s just as important. 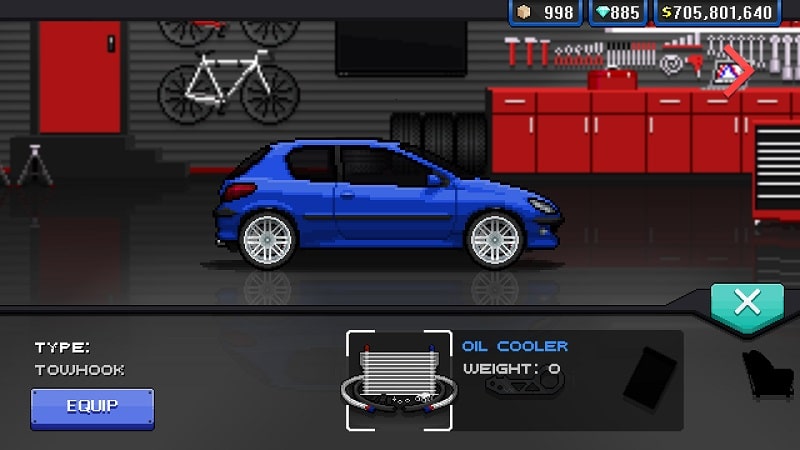 What does the new version of Pixel Car Racer have?

Pixel Car Racer simulates a racing mode that is different from the rest of the games. If you want a real driving experience, try Drift Max Pro it is a game worth experiencing. For now, download Pixel Car Racer MOD APK and do all you like to get the race going. GameDVA hopes that you will put your name on the chart soon. We really look forward to it.

How to unlock Story Mode?

This is a future feature, it will appear on the new version. You cannot unlock it because it has not been released by the publisher at the moment.

Which is the fastest car in Pixel Car Racer?

With 100+ cars, it’s not hard to see the specs for the whole. In fact, the most powerful car is always changing with each version. Dyno Stats is also a remarkable vehicle. 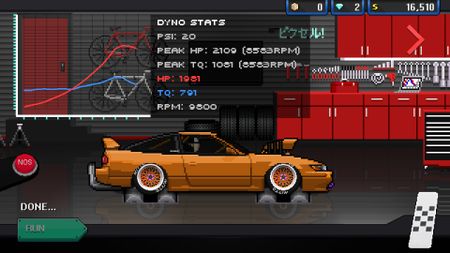 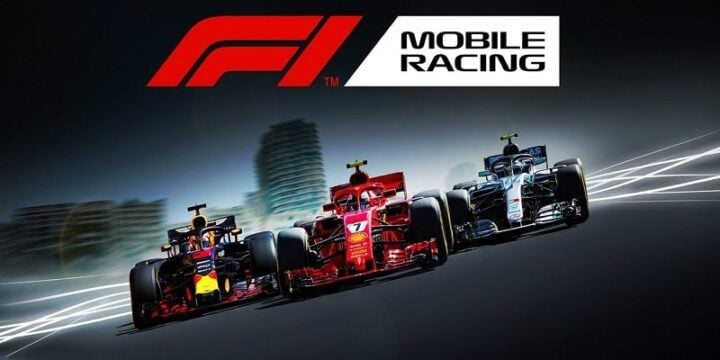 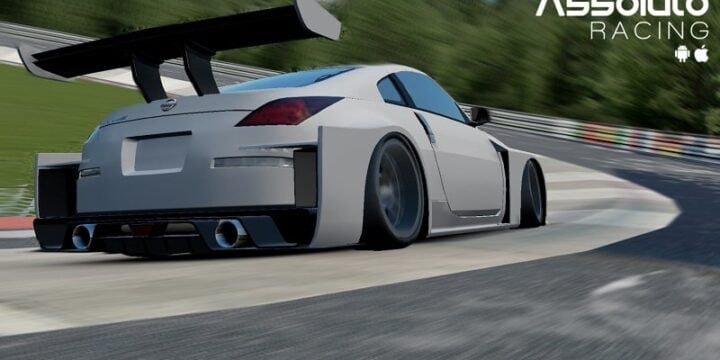 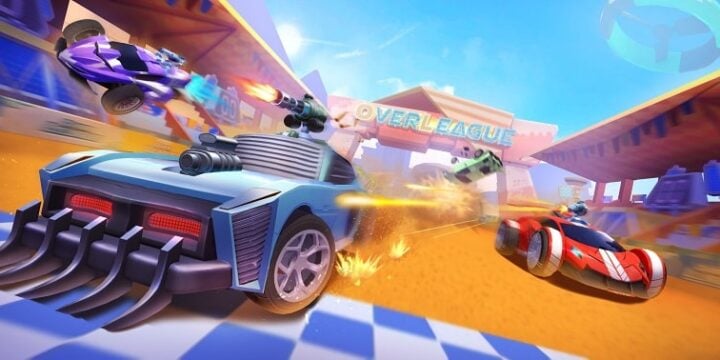 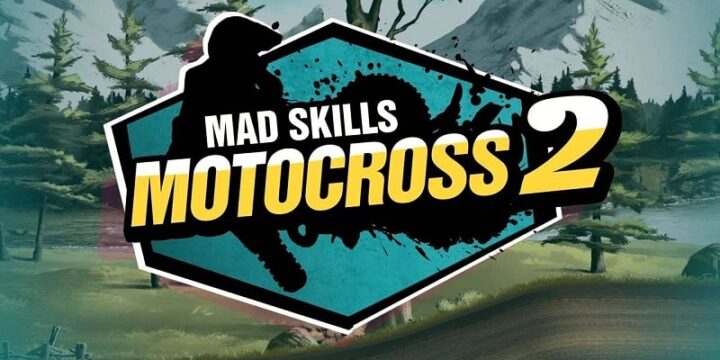 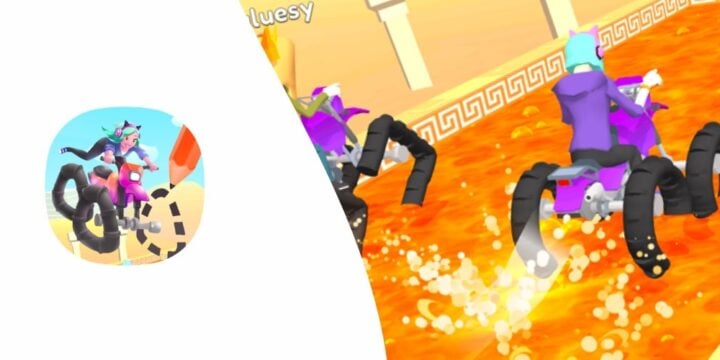