MOBA has become a familiar concept to most gamers today. After the resounding success of League of Legends. The game marks the birth of a new genre. It’s a real-time action strategy. Where you will have to control a hero unit of one degree. Go on missions and tackle enemy bases with no time limit. Since then a lot of MOBA games have been born. Typically Mobile games like Mobile Legends. Or most recently MARVEL Super War. A small branch of the Marvel Comics universe.

Still carrying a lot of the characteristics and properties of a MOBA game. MARVEL Super War brings players to the world of superheroes in the Marvel universe. Fight together in a closed arena. Try to win for your team. You will be with 4 teammates, combining tactics and coordination to win. Bring glory to your team and show your superiority to the opponent. 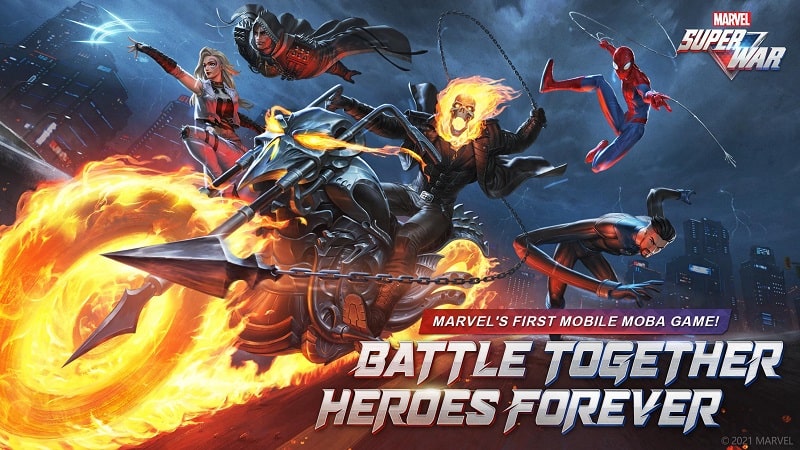 Like many other MOBA games. You will choose your superhero every time you start the match. Choose an appropriate position with a reasonable level and spell. Then wait for the battle and all 5 will be taken to a map. Divided into 2 parts corresponding to 2 different factions, red and blue. Both teams have 4 important areas: top, mid, bot, and jungle. Each member will be responsible for fighting at one lane. Except for AD carry and support, they will fight together in the bot lane. Work together to destroy enemy turrets, soldiers, and ultimately the base to win.

Each warrior has a special role, nature, and strength. It is easiest to see that the top lane will usually be strong superheroes with strong damage. Mid lane favors assassins or mages. The gunner definitely has a stable and important amount of damage. But with a modest amount of blood, strong support or recovery is required. The jungle will take care of destroying the jungle monster. Visit lanes to destroy indiscriminate enemies. 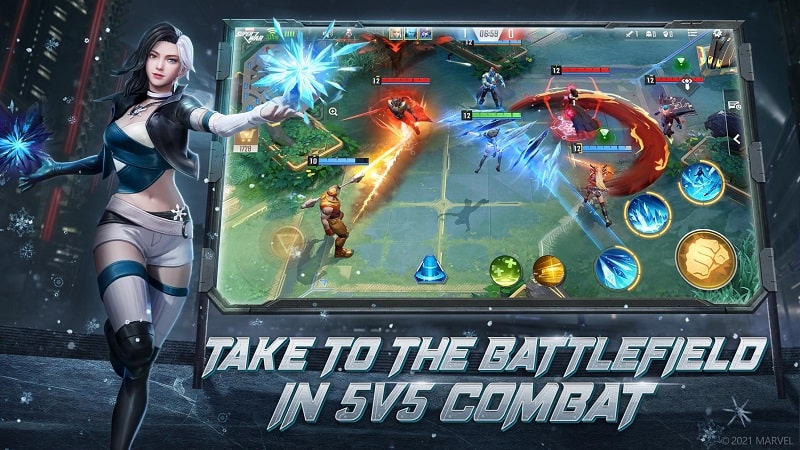 Superheroes are brought prototypes from both the comics and the screen into MARVEL Super War. Their power is shown in accordance with the original through 3 main skills and 2 special skills. Ironman, for example, can shoot beams of molten energy. Spiderman releases silk continuously during the match. The green demon Hulk leads the way and destroys everything with his fists. They all have their own style of play that takes time to master. You will choose to play different generals. Or just practice proficiently with a single champion. It is entirely your choice. Weapons are an almost must-have part of every MOBA game. Because they greatly contribute to the strength and tactics of each superhero. At the beginning of the game, the weapons are quite cheap because they are not perfected. After reaching the mid and late-game stages, you will complete the complete equipment. Create tremendous power for superheroes. Each class of generals has a different equipment system for you to tweak as best as possible. In addition, the rune set outside of the match will add some important stats. Gives your champion a much better edge over your opponent in the early game. Put on many impressive looks

The interesting thing that is hard not to mention is the skins of the generals. Often in many MOBA games, the characters will have many beautiful new looks. If so, for MARVEL Super War, the costumes will be much more beautiful and sophisticated. Because most of them are taken from the clothes of the characters in the comics. You can see the different armors of Ironman. Spiderman pizza or Thor Earth version. Sometimes it is very beautiful, sometimes it makes people laugh. Anyway, the meticulousness in the design is still a commendable thing from the developer. 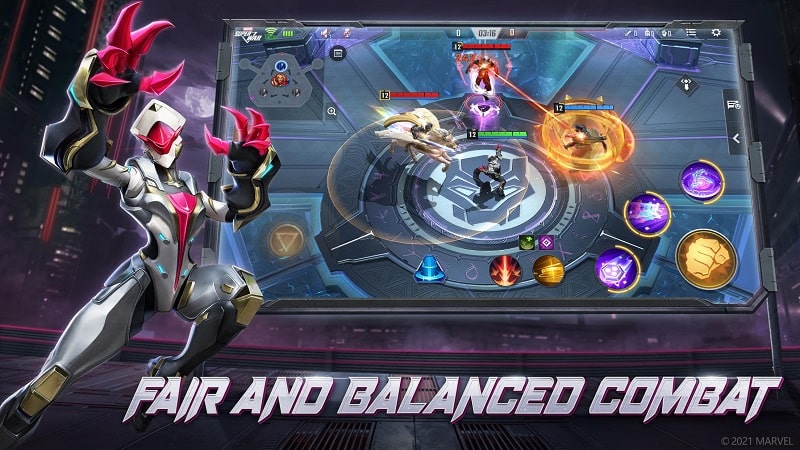 With the outstanding appeal of today’s MOBA games on the market. Along with the rapid development of the superhero universe. MARVEL Super War will sooner or later become a super product with a very large and loyal fan base. Plus more special updated versions coming soon. Promises to bring an interesting battlefield where the most famous superheroes in the Marvel universe gather. Don’t know it’s too late to regret it when you don’t download MARVEL Super War mod to your smartphone at the moment! 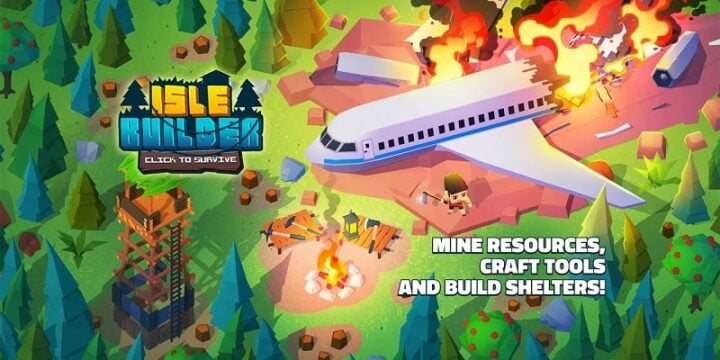