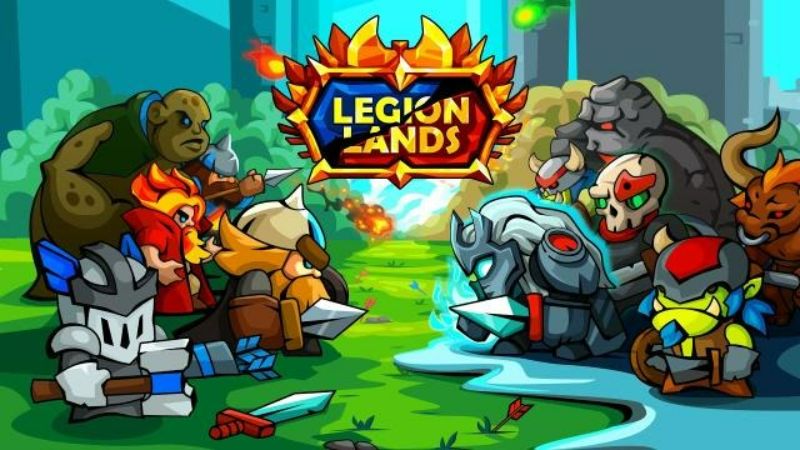 A military strategy game in the magical chess arena called Legionlands. Gather an army of the most powerful heroes with different battle positions. Depending on the character’s abilities, place them in the appropriate positions. The context of the epic war takes place on a deserted island with different lands. Place your groups of heroes on the giant chess field. Must be flexible between defensive and offensive troops. Click on battle mode with two yellow swords lined up. After victory, follow the instructions of the god with a white beard and a red cape to expand the army.

The player can observe the enemy’s army on the opposite side. From there, decide where to add groups of troops to the position of the chessboard. Or whether to combine groups of heroes with similar skills and raids into the same square. Then just press the battle button to let them rush into battle. Legionlands is an automatic strategy game, so after you are satisfied with the position, you arrange. They will automatically rush to fight, your job is to wait and see which side’s hero is left last. That’s who will bring victory to your team. Collect round gold coins with a trident on them. 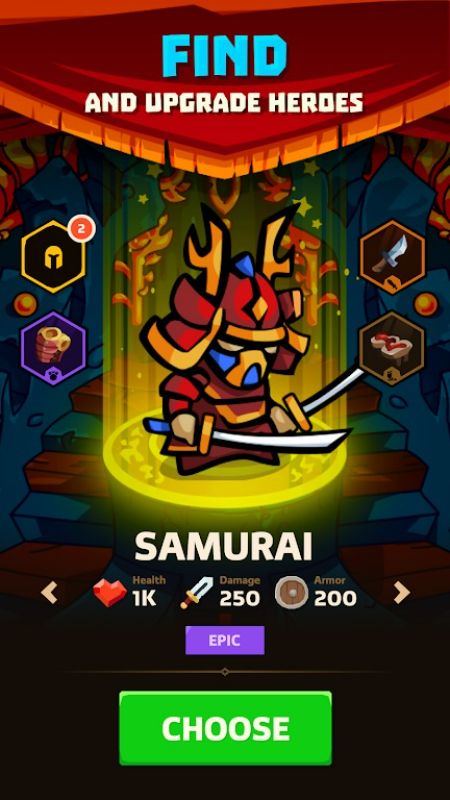 During the match or after winning, players can pick up the ancient paper with stars printed on it. Opening those sheets of paper, the player can obtain different groups of heroes. Depending on the number of gold stars displayed as one, two, or three stars to be able to receive more powerful skill groups. These groups of troops are then stored in the inventory and can be used by the player at will. If you want to use a group, click on the card with the hero image of that group. Click to select the desired groups and then click the word invoke to bring them to the battle table. If you want to split or merge, click the green Merge button. 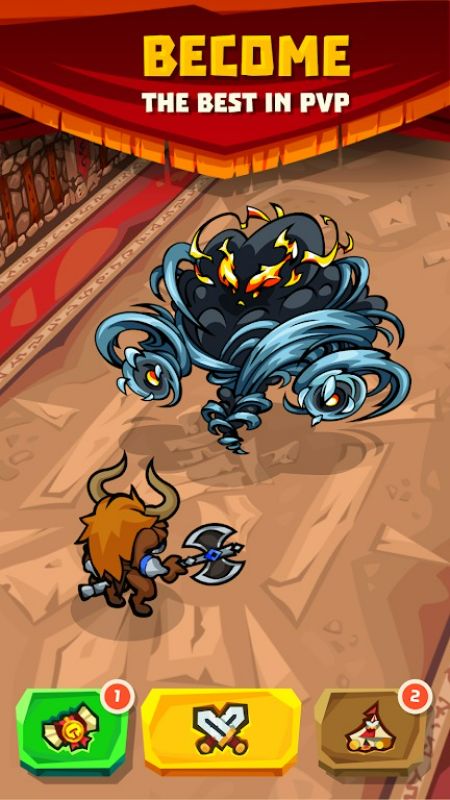 Legionlands’ heroic army has a variety of skill sets. The knights wore iron armor with blue cloaks. Holding a sharp spear, riding on the backs of strong steeds. The army of fire heroes with undulating orange-yellow hair like burning flames. Wearing a bright red cape. Or the group of magicians covered with white robes. Holding a staff with angel wings on it. Or a group of archers with golden bows in their hands. The adept masters wear yellow antique clothes. The beard and hair were white but made the enemy team fear and surrender. 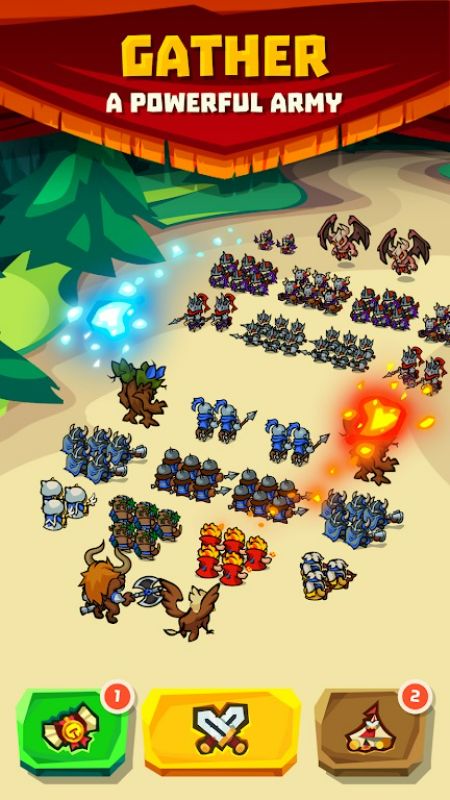 On a deep blue mountain with a dirt track connecting your bases. This place is both a place to train troops and take care of the army and is also a place where players take care to earn more. There is a gold mine with a cave entrance on a mountainside. Inside are mining vehicles, each time a vehicle comes in, the player will earn a little more gold and silver. There is also a military area that is a place to store and train or upgrade your army. The library building is the place to provide all information about the army, the battles, and the information of the enemy. There is also a specialized court for fighting with friends or searching for worthy opponents in the world. If you keep fighting in an area, it will bring a feeling of boredom and not wanting to continue. Therefore, Legionlands brings many new lands with different terrain and climate. An area near a volcano with a bubbling lava flow. This place is covered with a fiery red, the main battle place is the stone castle here. Snowy mountain with pine trees covered with a thick layer of snow. Here there is only one enemy base in the shape of a hell gate with white skulls at the foot of the door. There is also a gate shaped like the head of a buffalo with sharp teeth and horns. It was placed next to the river of poison and covered with gloom. 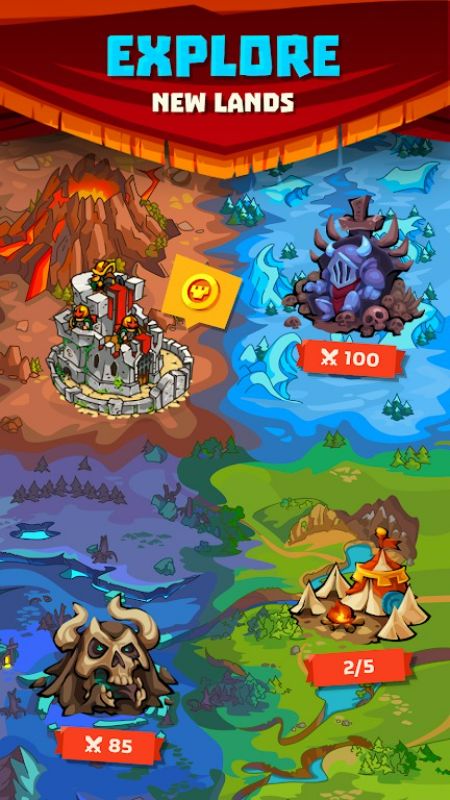 In addition, players can collect or buy more pets to support them during the battle. There are many different types, like magic dog. It is a white pitbull with a purple coat and hat. The brown mutant lion with outstretched wings can fly. But depending on the climate and terrain, the new pets can develop their full strength. Download Legionlands mod to step into the epic war between magical heroes. 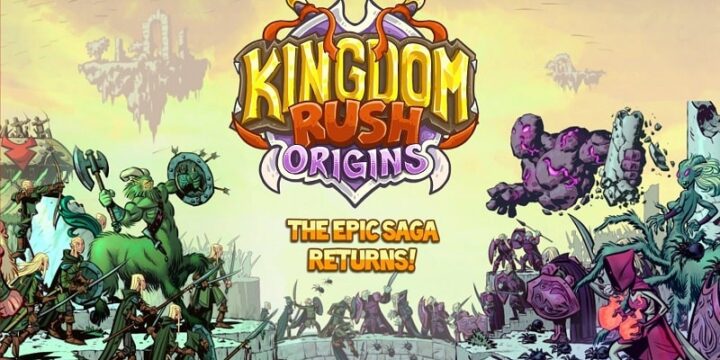 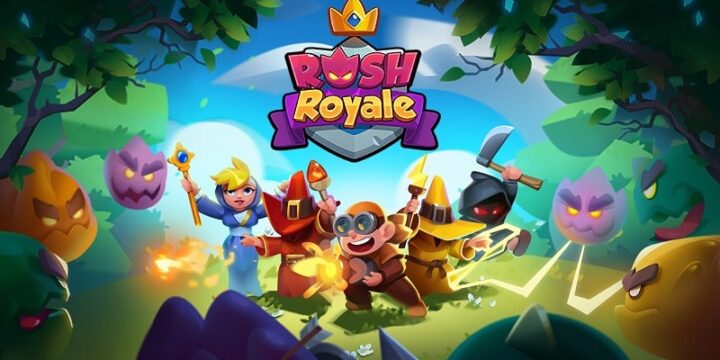