Grow & Conquer is a strategy game set in an ancient epic. The battles opened with the desire to protect the peace of the country they were in. Even those who stay to protect the stronghold or those who go to fight on the front lines. Everyone has a desire to keep the territory of their country. The soldiers of your country are bravely going to battle, they have to deal with bandits invading from elsewhere. Players need to come up with stable strategies to be able to defend the stronghold. Along with that, repelling invaders. The ones approaching were ferocious thugs armed with rudimentary weapons.

Your army of warriors is crowded, full of well-trained soldiers. And the enemies are just useless guys, nothing more than strength. But the very element of strength is enough to make you cautious. Because they are all people who risk their lives and are not afraid of death in front of them. That’s why players have to come up with really smart strategies. Choose to arrange the soldiers in a standard way not to make mistakes during the battle. Just one mistake can cause your defense to be destroyed. They can penetrate deep and break through your fortified gates. Download Grow & Conquer mod – Build an elite squad of soldiers to defend the stronghold from invaders.

Players are provided with soldier cards from low to high levels. The horizontal screen is divided into two sides, with a bridge in the middle spanning the river as the dividing line. To the left of the bridge is the front of the city wall, where you place your soldiers. Just touch and hold the cards and drag and drop them to the position you want. These cards will transform into the soldiers in the avatar. They begin to attack the enemy from the position they are placed in. Enemies are constantly moving towards the city gate. After placing the soldiers down, the player needs to wait for a while before they can continue to get more soldiers. 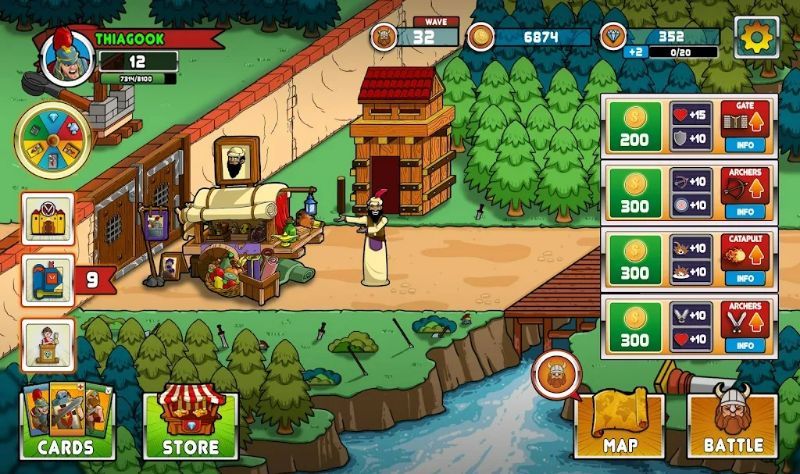 Each soldier card provides a warrior with different skills and strengths. From guards, archers, swordsmen, artillerymen;… Their costumes are also different to show the level of presence of each person. Soldiers at the first basic level wear simple white outfits. Their weapons are also quite rudimentary and do not have any particularly outstanding highlights. Later there were soldiers equipped with defensive armor, their clothes also red or purple. The weapons they carry are sharp, and each time, their attack reduces the enemy’s health more. Wear a ferocious face to make enemies unable to belittle. 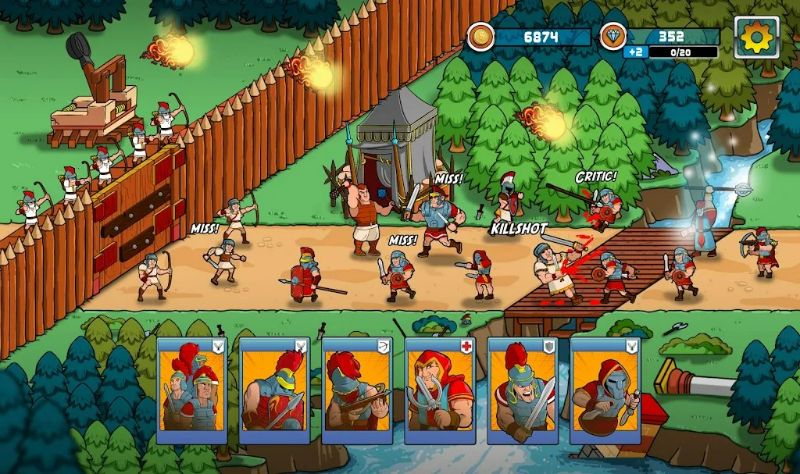 Let the thugs have the guts to attack a great stronghold. Then standing behind them must have a strong backing team. Only after defeating the majority of the henchmen will the people behind show themselves. Depending on the difficulty, they have the power to be hard to kill. And these bosses quickly come to destroy the army you have set. Possibly a giant with a fierce face, two hands holding two sharp knives with weapons to destroy the city. Or a giant boss, the whole body is muscular, and blood veins are floating all over the body. Each boss hit can also halve the minion’s health. Your country is extremely large and divided into many different regions. This place is a rich island in the middle of the vast sea divided into areas by red dashed lines. Areas will be unlocked in turn if the player is able to complete the zone requirements first. Of course, each region will have different requirements, and the terrain will also change. Maybe the player has to defend a small tower in the central area. Or protect the main castle of the area, or maybe protect the chariot of the supreme king. If the player dies, they can start from the beginning. Only when they destroy all the enemies can they pass. 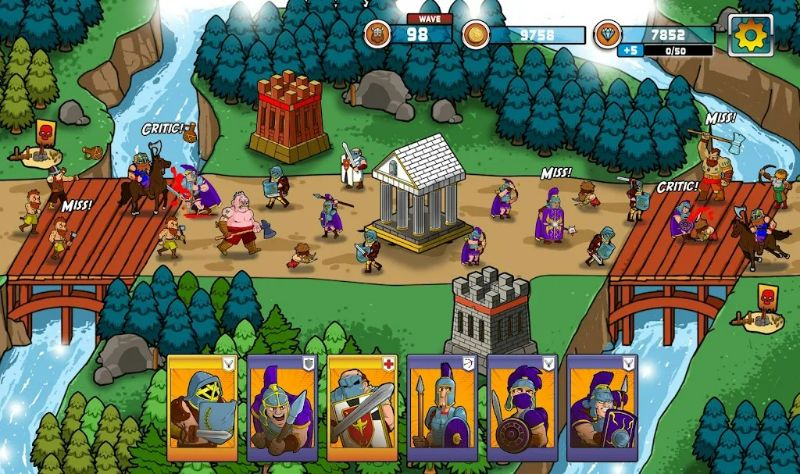 In addition to winning battles to earn more rewards and support products. Players can earn more from the annual events or special events that the game organizes. Then earn mysterious gift chests, depending on the color of the border to know the value of the gift. Unlocking can earn rare soldier cards or new soldier cards. Download Grow & Conquer strategy mod against rioters to protect the stronghold.