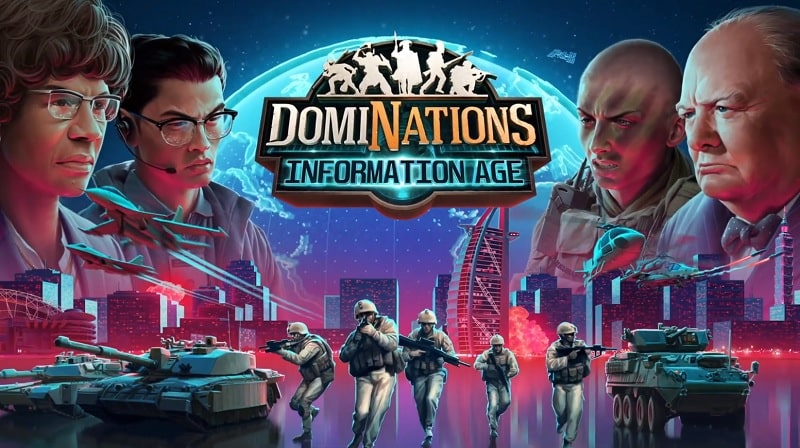 DomiNations is a game for you to build your village into a developed nation and a powerful military background. Similar to the development of human or any other organism. With the size of a country, sometimes it is a little more complicated. You will start when your territory has a limited area just like a small village. Take advantage of the advantages available in nature to change this land step by step. DomiNations looks forward to an arms race to proceed to expand your influence. The person with power will have the right to decide the game and gain the advantage easily. The battles here help you become a talented strategist.

A special feature in this game is probably the gameplay for you through all civilization. DomiNations lets players go from an ancient culture with rudimentary equipment until you have access to modern weapons. Faced with fierce oppression from various enemies. You can apply every tactic that you think is effective. DomiNations allows players to form the quality of the military leader. Create a core force to protect your country from invasions. 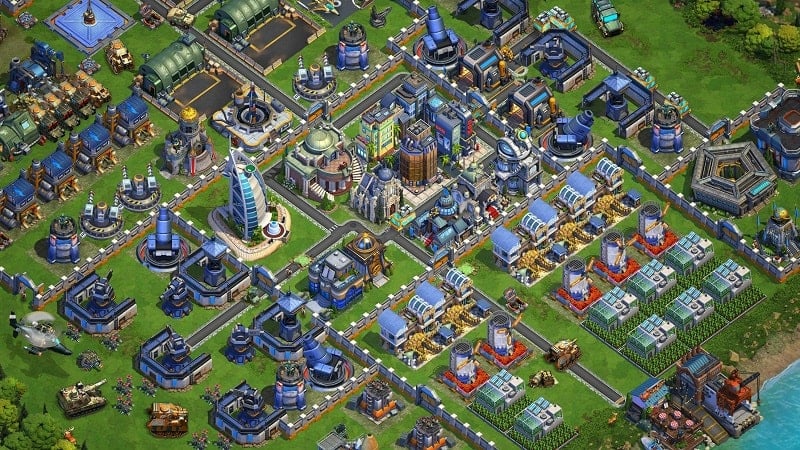 Conquer the world with a powerful military system through a new combat game mode. The developer has portrayed the game through a high-quality visual system. You can see the details in the game are invested. But not so that it becomes difficult to reach players. DomiNations is easy to install on almost any phone these days. You have two missions that must work in tandem, both to build buildings, but to always have the defense system ready. There are many things that need to be built if you want your village to develop into the model of a true country. Change the simple scene with plants and trees with military buildings, world wonders like Pyramids, Colosseum … You can create any wonder in the territory without having to There are enough natural factors. Create a complete composition and scientifically organize existing buildings. DomiNations allows players to observe from above, you will see an overview of the works you have built. If you don’t find it confusing, then you have succeeded in designing. Note that the defense system is needed everywhere to avoid opening the enemy to have a chance to enter your area. 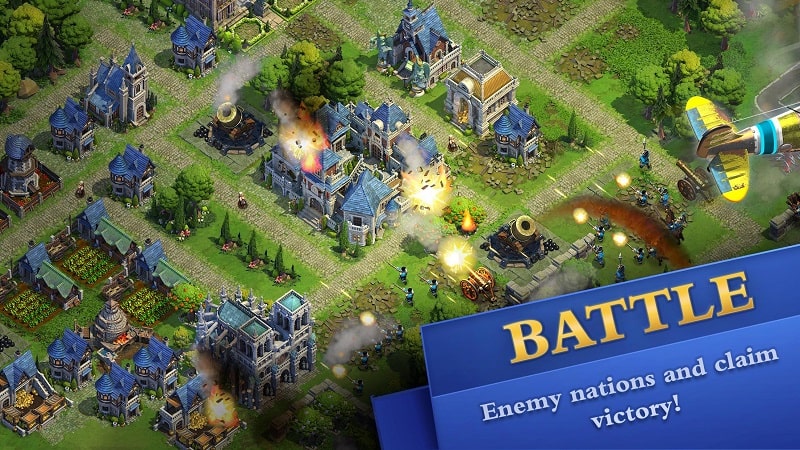 You will be the head commander of the military system. With the advantage of standing in the ranks of many legendary armies throughout history. Players can choose from Roman, English, Chinese, French, German, Japanese, Korean and Greek formations to build up their own army. Each civilization has its own distinct features because the strongest moment is in different timelines. DomiNations has built up the gameplay very carefully to create the most realistic battles. You can collect resources to reinforce your base with a series of upgrades. 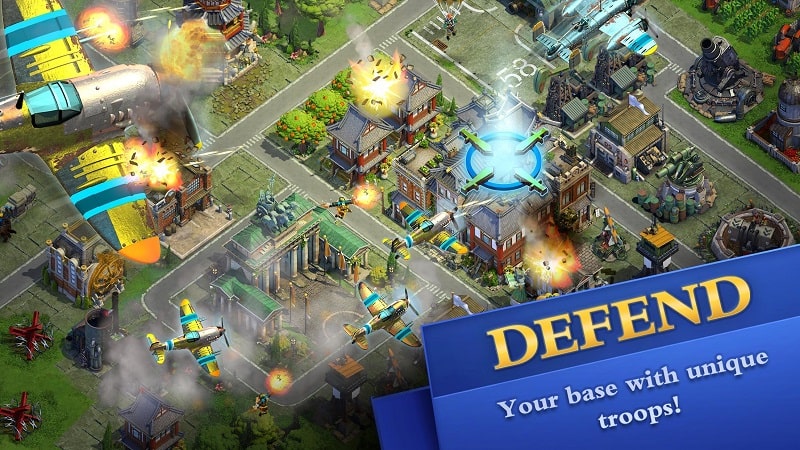 DomiNations lets players experience battles through time. From ancient civilization to modern, the system of the game screen will be arranged correctly according to historical order. You will come up from the tools with the most basic level. Fight and collect the necessary materials for the upgrade. Research and invent more advanced weapons.

Players can consult with talented leaders. For example, Leonardo Da Vinci, King Sejong … they will give you ideas to do better when building your tactics. You are not alone in any situation. There are always available units to help, but always show the role of the leader. Full command of the military system to fight all enemies attempting to invade. 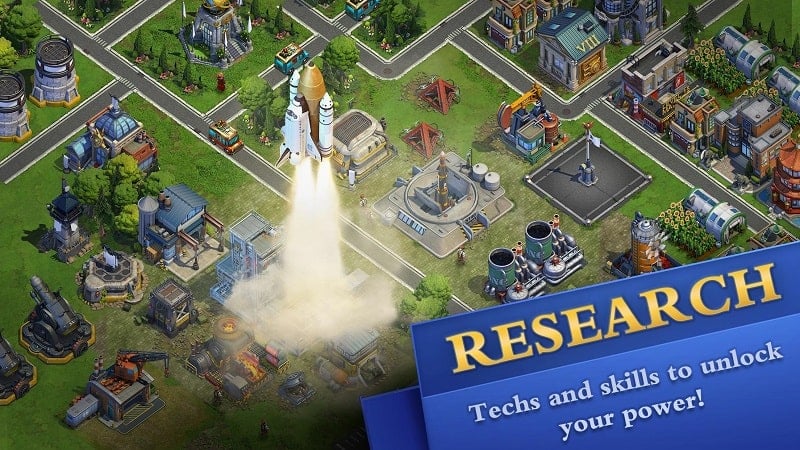 Battles across different civilizations and timelines give players new experiences. DomiNations unleashed defensive battles and asserted their military prowess. Try with the tactics you want to gradually become a talented strategist. Download the DomiNations mod to build a base, develop your country and defend the territory against other players. 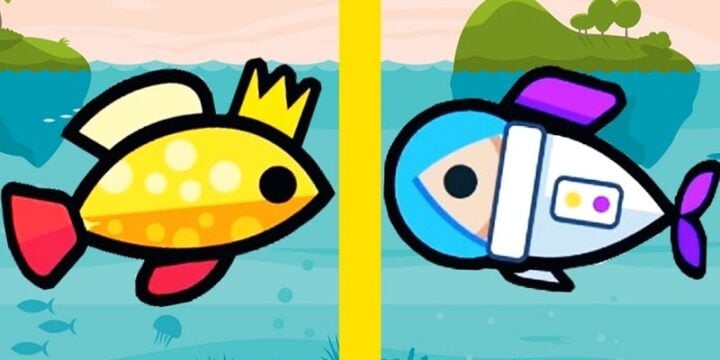 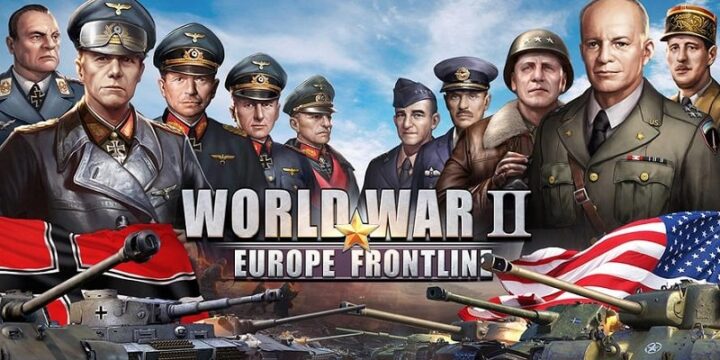