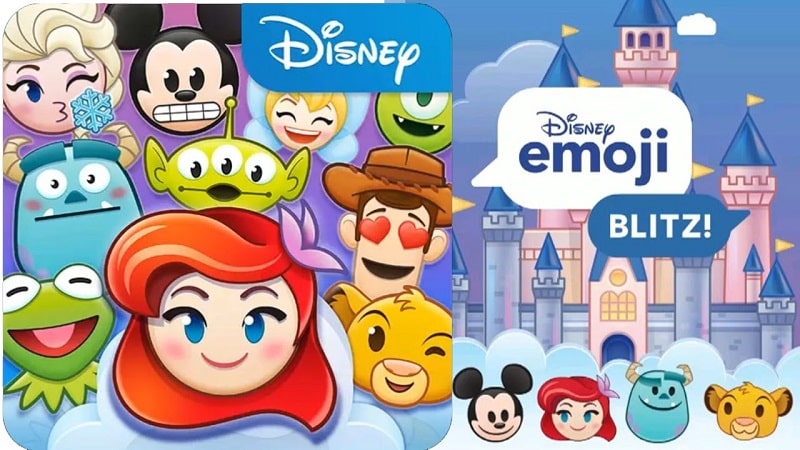 If you are a huge fan of cartoon characters, Disney has imprinted on your childhood. Then for sure, this will be the game for you, that is Disney Emoji Blizt. Get the touch and shape of the characters of the Disney animation studio that has been so famous all over the world. Combined with the candy-folding game genre like the popular game Candy Crush. Promises to bring you happy feelings. With moments reminiscent of childhood when experiencing this game.

Disney Emoji Blitz belongs to the timed puzzle genre. Your goal is to complete the missions according to each level of the game within the allotted time. The challenges given are not too difficult. But to achieve in a limited time also requires an ingenious and observant from yourself. Along with graphics when looking at will make you always feel familiar. These are Mickey mice, Pooh bears, and a series of other familiar characters. 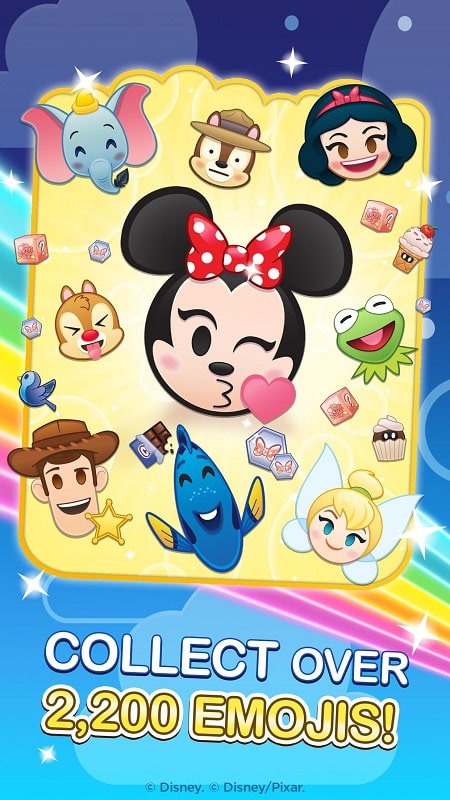 Based on the Gameplay of the scoring games that are extremely familiar to most gamers. Disney Emoji Blitz has many levels in order. Complete the first level to play to the second level. The more you go to the next level, the more difficult it will increase. Each level of play will have a square consisting of a certain number of expressions shuffled up. Your task is to move one of the expressions in four directions to get a sequence of three or four of the same expression. They will glow and disappear and leave the corresponding points for you.

The task of each level is to collect a sufficient number of a certain type of tables. And you have to collect them by aligning the 3 or 4 expressions above. When the required amount is collected, the timer will stop and you will win that level. Reaching each level of a certain level will help you get many gifts. Collect new, more beautiful expressions to add to the next level of gameplay. With over 2200 expressions of cartoon characters. Disney Emoji Blitz’s gameplay will make you feel very relaxed and gentle. In addition to bringing the traditional gameplay cannot be changed of legendary puzzle games. Disney Emoji Blitz also possesses another special mechanism in the game. As you move from 4 or more expressions, they combine to form one special expression with lots of interesting functions. When merging 4 in a row, you will get a cloud expression accompanied by thunder. Activating this expression will shock and remove all expressions in a straight line. Or when combined into 5 members, it will create a 7-color star that can scan all expressions on the screen. This creates extremely diverse and thoughtful gameplay for the game. 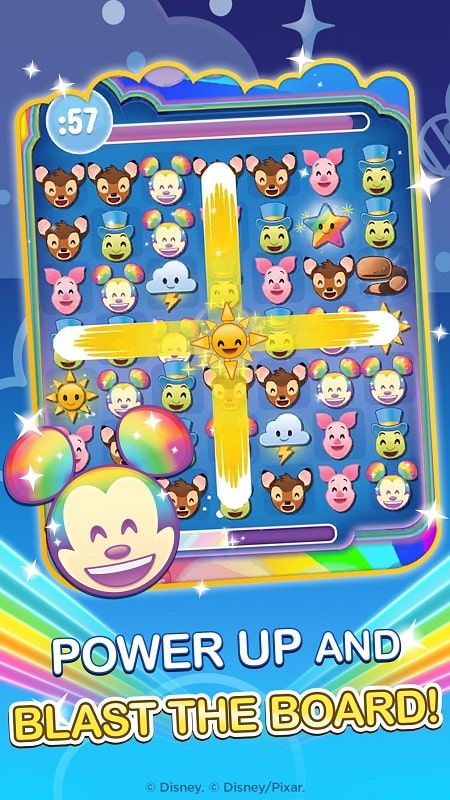 Every day and every time of the year, the game will be updated with many events. According to certain times of the year. Each such seasonal event will be given the characters suitable for that event to symbolize coherence and logic. Events will include mini-games or side quests. You need to make them in the main levels to be able to claim exclusive rewards for that event. Hurry up because attractive and attractive gifts are waiting for you to receive at special events. 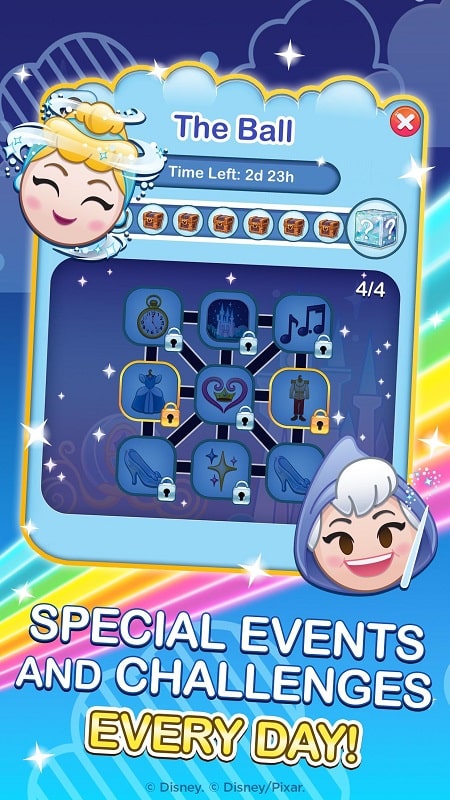 Amazing milestones have been achieved

When you reach a level milestone in the game. You will receive very attractive rewards such as owning one or more powers when you start the game screen. Or other support items or brand new expressions of eye-catching characters. Or perform side challenges on the game screen. Like collecting a certain amount of expression from a character. Creates more charged clouds and a 7-color star. Disney Emoji Blitz gives you all the benefits of getting gifts in any way. And the gifts after each milestone will naturally increase, so please work hard while playing. 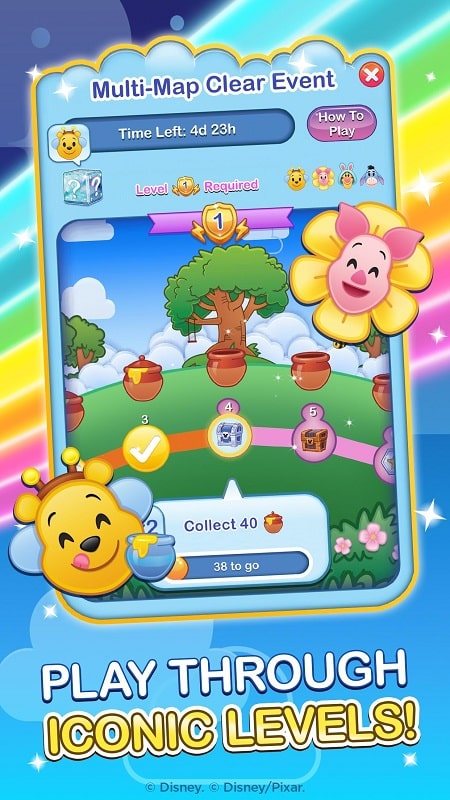 Bright graphics, fun music are a big plus. Combined with a cute interface suitable for small children. Disney Emoji Blitz is a very special and extremely attractive puzzle game for children. As for young people or even married people. The game will be a journey that will bring you back to the childhood memories associated with the immortal cartoon characters in your heart. Download Disney Emoji Blitz now and go on a fun journey of memories! 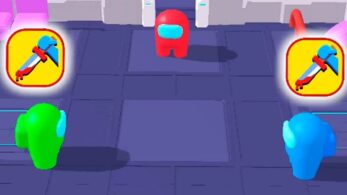