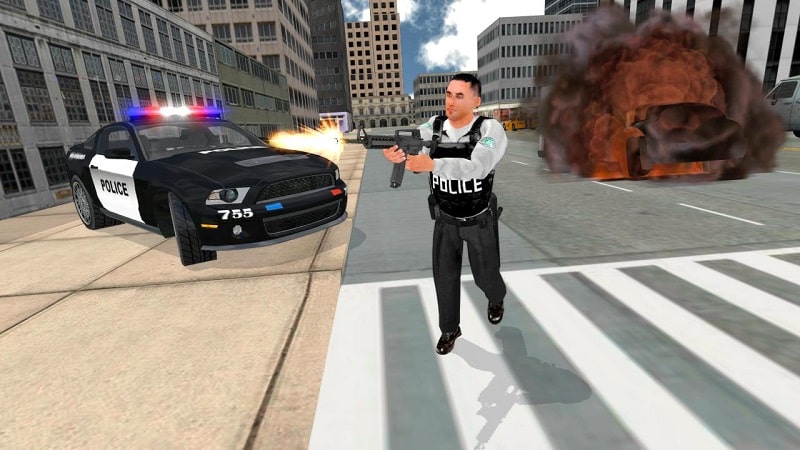 Cop Duty Police Car Simulator game lets you play the role of a police officer in the city. Every day, players will drive from the police headquarters to all areas to protect people. In the current area is not peaceful so your work is relatively busy. The actual situation in the city is very complicated, with many types of dangerous crimes. They are ready to attack when they see the police, not easily surrender. Cop Duty Police Car Simulator has many situations where you are forced to destroy criminals instead of trying to handcuff them. You’re alone, you don’t have much time to call for aid. Please handle the job yourself with full equipment and weapons.

Take on the noble duty, in the role of a police officer you must try to keep public order. Limited to unfortunate incidents caused by crimes. Most criminals are usually large numbers of people and are armed with weapons. Players can start by driving a car on the street to observe the activity. Go to any location where you suspect something unusual. Don’t forget to bring weapons as criminals often use bullets instead of greetings when meeting you. You can also try the fight in Block City Wars, or learn about evolution in the game Cell to Singularity. 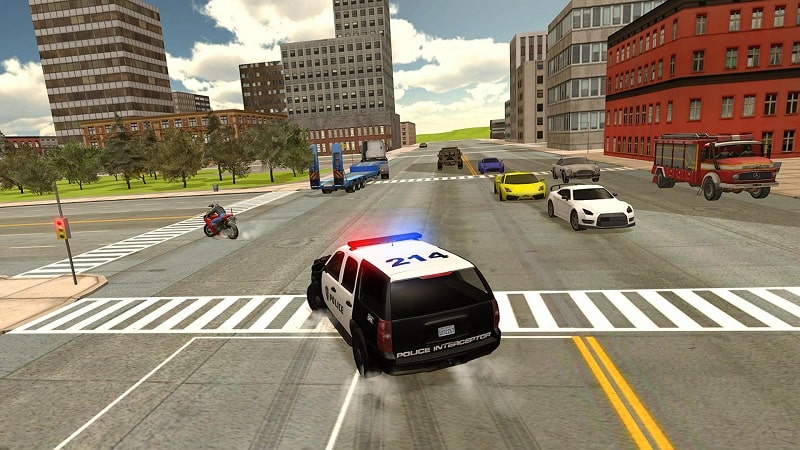 You have more perks than the average person, for example keeping your car wherever you want. The player is no different than a real police officer, your presence helps reduce the crime in this city. The police work is always risky, no one knows what will happen when you encounter a dangerous gang. Cop Duty has a full arsenal with lots of options for you to protect yourself. But sometimes you also need to be cautious with each trigger. Many times you will need to rescue hostages in the hands of criminals. If you shot the hostage by mistake, you will not be able to complete the mission. 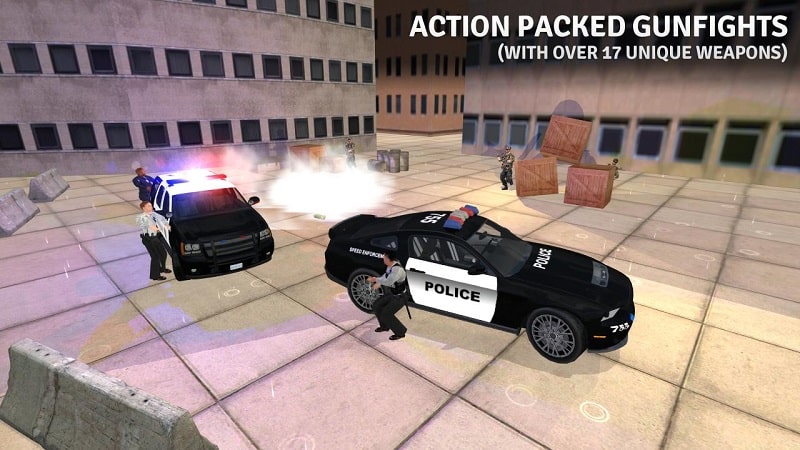 Take on the job of the police officer

If you love being a police officer, Cop Duty gives you the chance to experience as an officer. In the large open world, players have plenty to do in a day. Find criminals’ lair and stop their illegal acts. Save the victims under the criminal’s control while not allowing them to riot further. Cop Duty is the opposite of some of the street robbery games that GameDVA has introduced. In this game, you are a good person, not a wanted offender. 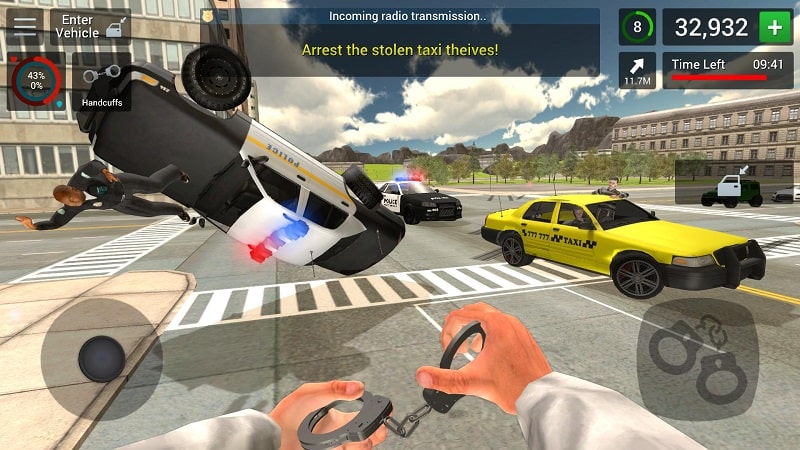 You often see the police always sitting on the sedan with the red and green signal lights become their trademark. But Cop Duty gives players more options than that. You can use a truck to transport criminals to the police station after controlling them. Cop Duty has a full range of vehicles for you to perform all tasks. Unlock the cars you need for the best law enforcement conditions in this city. Never underestimate criminals because they often operate very subtly and give you lots of surprises. Cop Duty is sure to impress you with the arsenal of weapons in this game. There are many types of guns, grenades and some items such as handcuffs, armour… Most of them work well for the player when performing missions. Do not ignore any equipment in the context of increasingly aggressive crime. Choose a weapon that you feel is suitable for yourself.

Along with many other players in online connection mode participate in the gunfight. Of course the difference between the AI ​​and other players will need to change a few things. At least in strategy play, you cannot move slowly or stand empty. The opponent’s more precise shot rate requires the player to be agile. Cop Duty always updates many features to satisfy what players want. 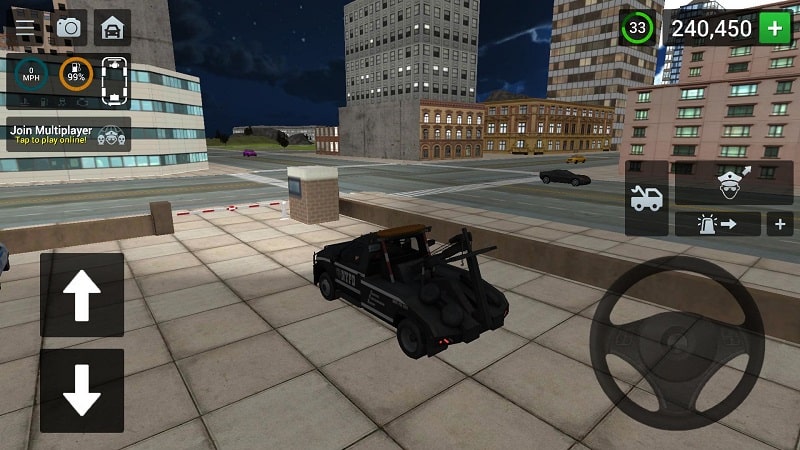 Do a good job every day of a policeman with all the equipment available. Bring the city peace, the clean shadow of dangerous criminals and safe for residents. Use your car to go anywhere to control. Download Cop Duty mod to be a brave police officer protecting people’s lives. 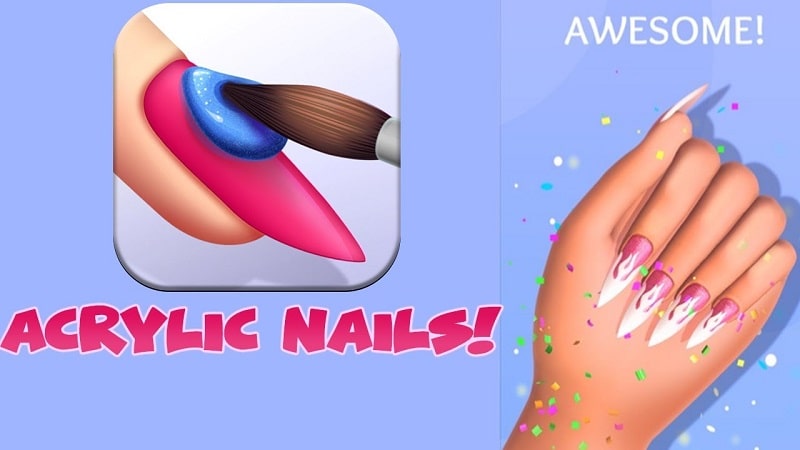