Angry Birds Evolution 2021 sees a spectacular upgrade of angry birds. This is the latest version of the world-famous mobile game in the past decade. Now everything has been taken to a whole new level. The mission of the birds will remain the same to defeat the evil green pig force. However, we will be greeted with a lot of new mechanics and features in the game. Get ready to join the birds on their mission. Fight to protect bird rights and safety. Once the birds get angry, something terrible is bound to happen.

If for loyal fans of the Angry Birds series, perhaps no one is unaware of the legendary bird slingshot. It is a pity that for Angry Birds Evolution 2021, we will have to say goodbye to the iconic thing of this entire game. Instead, there is another fascinating gameplay mechanism. It will probably make you re-acquainted with how to play Angry Birds. This does not mean that you will feel alienated. Images of familiar birds will always remain the same over time. 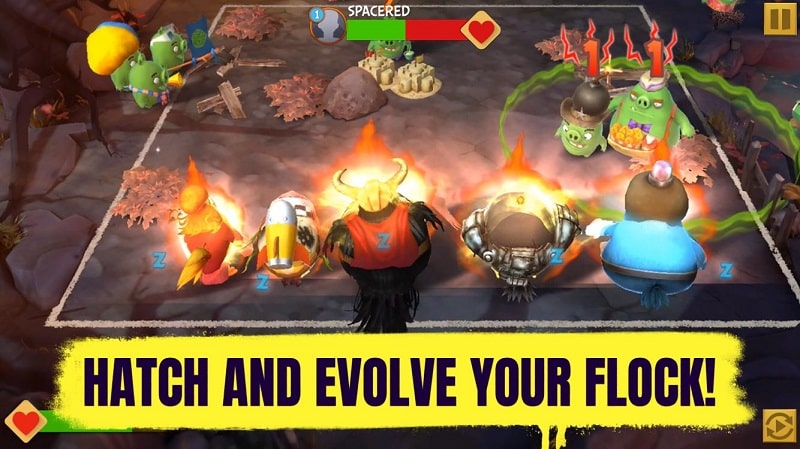 Although it started as an entertaining strategy game, Angry Birds Evolution 2021 has transformed into an actual role-playing game. Join the birds to discover many mysteries related to the enemies to face. Prevent bad events from happening with the power of birds. No different from the old versions. You will still not be able to take your eyes off the screen with many exciting battles. The birds are ready for a new challenge to protect their species. The warriors will be created by you and trained long enough to stand on the battlefield.

In each game of game, the birds and the opponent will stand opposite each other. At the start, you can choose any bird. A giant arrow will appear. Drag and release them with your finger to shoot the bird in the direction of the hand. That is how you will fight in the game. We can consider it a metaphor for the legendary slingshot. Flying birds will collide with enemies and damage them until the amount of blood is depleted and destroyed. Then your team will win. 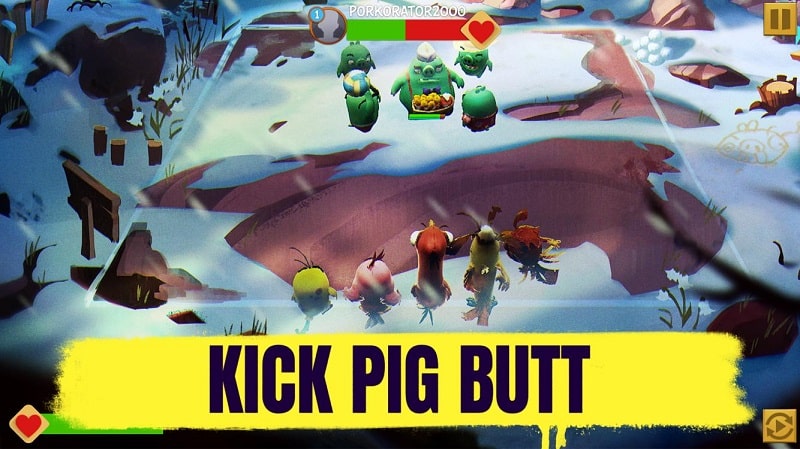 We will never forget the image of typical birds in Angry Birds. The Red, Chuck, Bomb, Matilda, Terrence have almost become the icons of this game. Their moves will all be preserved to make the game much easier to understand. Furthermore, we will be greeted by more than 100 different bird warriors. Each type has unique powers to manifest in battles. Complete upgrade system so anyone can become the strongest warrior. Together, defeat the enemy raging on the battlefield. Bring rewards to keep increasing in strength. 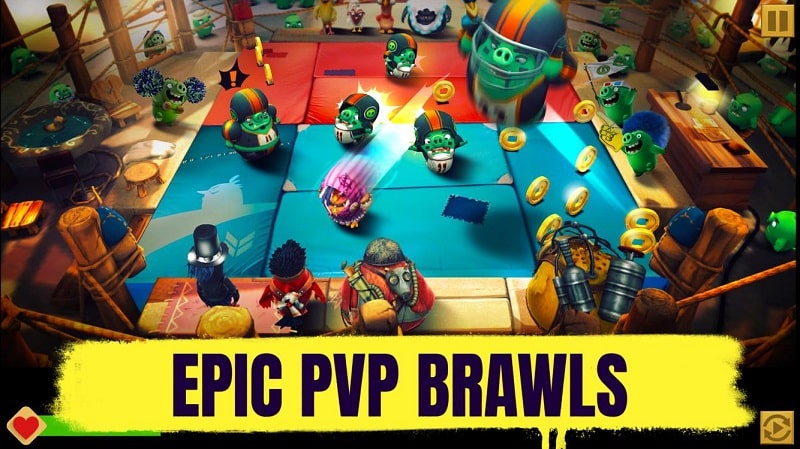 Not only with simple battles but Angry Birds Evolution 2021 also brings an entirely new and exciting storyline. The battles will unlock a lot of interconnected stories, from the appearance of the mysterious Bacon Corp. Followed by the goals and origins of the Eagle combat force. Where did the lost dungeon key go? All will be answered when you complete many essential milestones of the game. That shows making good games, but Rovio also has a lot of experience creating many unique stories. Enough to enthrall players and get involved in epic battles.

After completing the story system, the game can still keep you with many unique PvP battles. Use the strongest warriors you have to confront other players. Climb the leaderboards with many tactics and glorious victories. However, do not rush to rejoice because you will have to meet the real masters of this game, with the super high stats of the bird warriors. Sometimes just one shot is enough to take down an entire squad. That’s when you can apply tactics and power effectively. Can you do it to compete on the leaderboard? 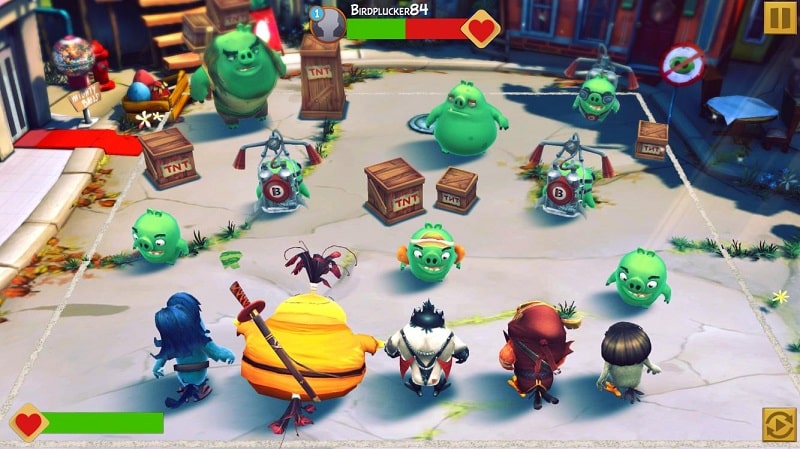 With worldwide coverage from its launch in 2012 until now. It may be a long time before Angry Birds can pause its success and maintenance. At present, this is still one of the famous brands in the world. After the success of the Angry Birds Evolution 2021 mod, there will undoubtedly be many projects worth waiting for to serve players in the future. But first, sit down and enjoy this great role-playing game. 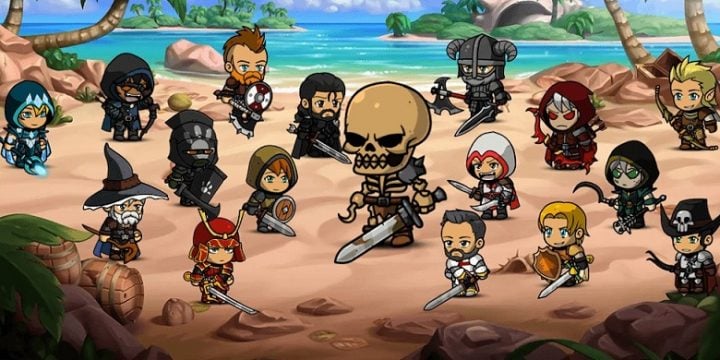 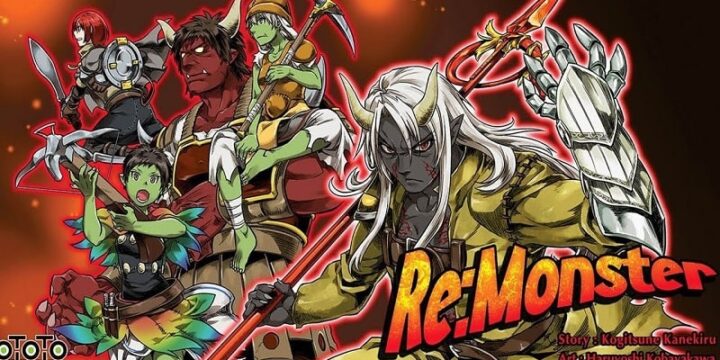