Do you enjoy exploring the evolution of the world through stages? Know the many wars happening around the world? Or even develop the world by yourself? If the answer is yes, you will definitely like Age of History. The game will make you an almighty god. Carry out all the events happening in the world. Going against history, from a small country. It is you who will invade other countries to eventually conquer the entire globe. Although it sounds very delusional, no one is taxing dreams right.

To give you a better understanding, Age of History is a simulation game. In it you will run and manage an entire country of your choice. The next step is to expand the size of that country by invading other countries. Make it our territory and continue this great work. Until the whole world is yours. Thus a great world invasion was completed. It all comes down to your intelligence and strategic talent. 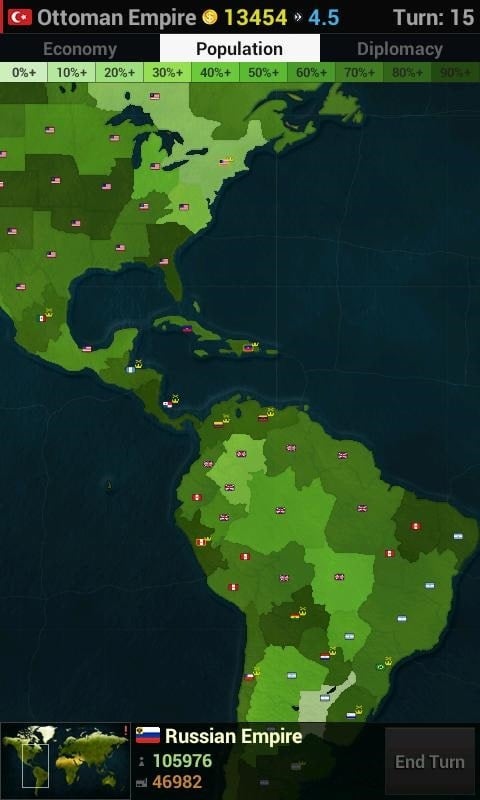 From a small country of your own choosing. Let’s expand its scale by conquering neighboring countries. That is the original mission and action. Your country’s treasury is limited. Therefore, it must be used wisely before many unexpected situations occur. Other civilizations will not be easily subdued either. You will have to struggle to conquer an entire country. And if you think about diplomacy, aim for countries that need outside patronage. It will be easier than with other belligerent powers.

This cross-country attack requires a lot of military force. So you will also need a huge amount of money to fully undertake this task. Actively build diplomatic relations from countries that do not intend to invade to build trust. Maybe they will lend you, troops, from their own country. Or financial support to hold out for a while before things are ready. Age of History is pretty much a history book that you can change any time you want. Main functions on the map

The main interface is a map with your country represented in a separate color. You will launch the campaign with your first action. You can do anything this turn. After the end of their turn, the moves will make their moves in order. The main job you need to do is capture the capital cities of a country. Only when you capture the capital can you control the entire country. Of course, that requires a strong military force. Continuous production to prepare for war and defend at any time. 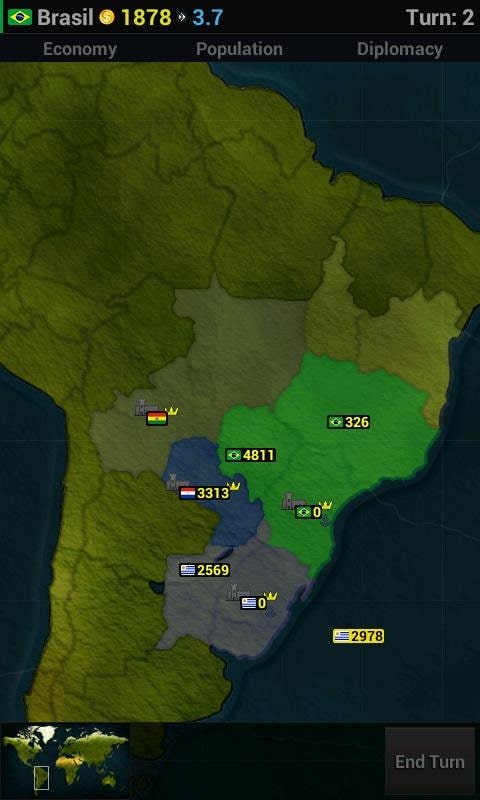 The money you own is also the sole resource of your country. Used to strengthen the army, build military and diplomatic structures. And also to contribute to countries in need. Every time a new country is captured. All budgets for that country will be added to your country. Very useful for upgrading more troops and building structures. In addition, contributing to difficult countries also creates peaceful friendship relations. Create an opportunity to strengthen an increasingly powerful army to invade more countries. In general, the economy is an extremely important part of the development of a country. 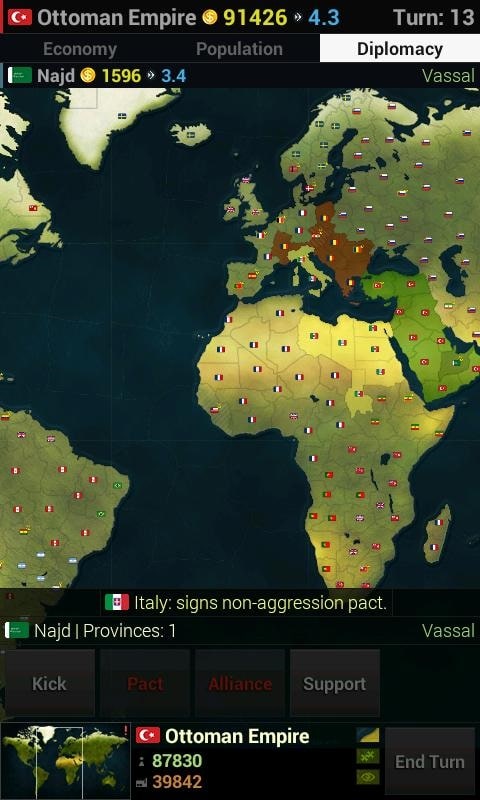 The interactions you can make with other countries include war, peace, treaty, alliance, support, and end. War is too obvious, that is to declare war on any country. Peace is about making a pact, making them neutral. The Treaty will help the two sides to settle within 5 innings. The Alliance is a close connection in all aspects of the two countries. Main support is the form of lending to countries a financial source from your home country. And finally, the End to sever an alliance relationship. All used by you. Where appropriate, consider wisely. 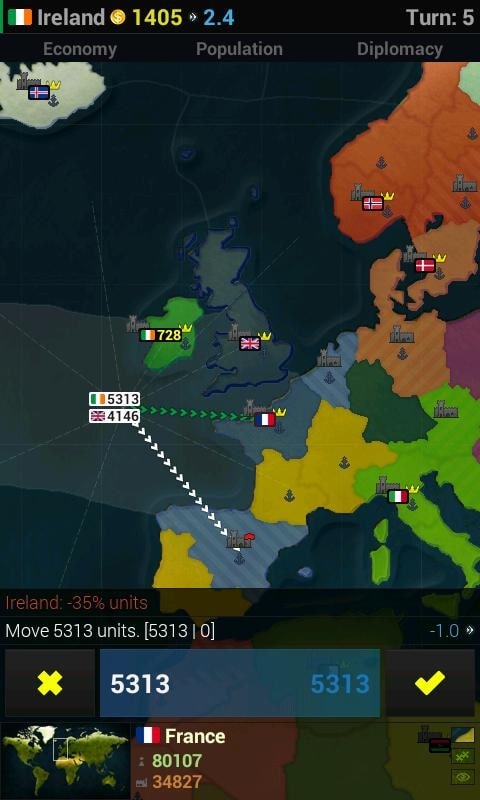 This is just a simulation for entertainment purposes only. Absolutely players should not take actions to attack an organization, individual or any country in real life. In-game decisions are based solely on the player’s strategic and diplomatic talents. Sometimes it’s also fun to play with friends. learn more about the basics of interstate relations. Download the Age of History mod now to explore it directly and in general. 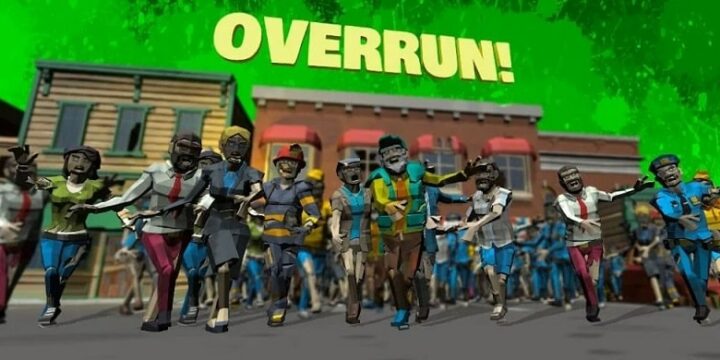 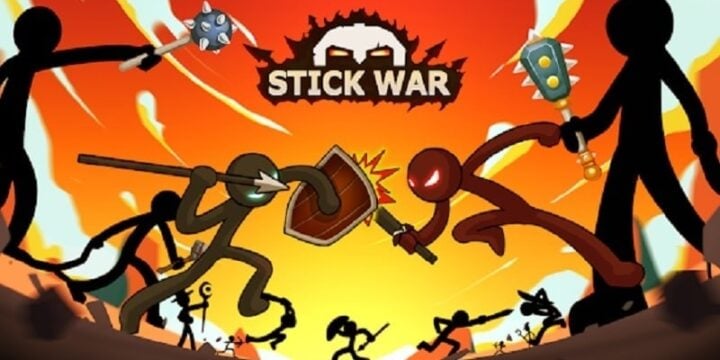 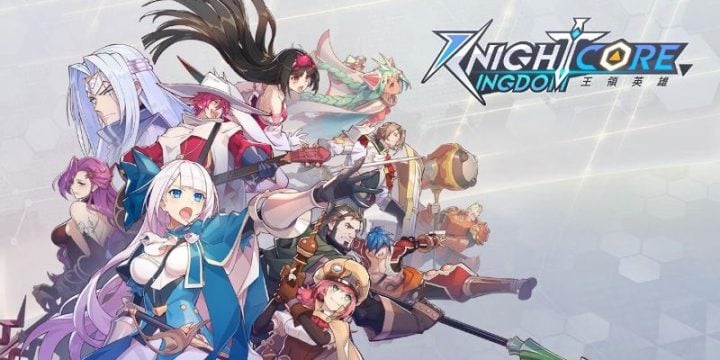