Stumble Guys is a game for you to take part in a fun race with dozens of other people. Obstacles and opponents will be the main difficulty in giving you the most challenges. Allow up to 32 connected people to participate in game mode, you will get unforgettable moments with this game. There is a common starting point, but after the signal goes into effect, no one has the same fate. Someone finishes first, there will be someone left at the bottom of the list. Stumble Guys need the player to be agile so that he doesn’t knock himself out of the game. This is not an offline race and time is limited so do not miss the opportunities.

Never has the race been as fun as it has in Stumble Guys. Connect online with many other players around the globe. Though everyone tries to run smartly to get to the finish line as fast as possible. But Stumble Guys isn’t a sports game. The developer has placed it in the action category on the app marketplaces. GameDVA.com thinks it makes sense that the gameplay is only a small part of the game. Join now in the race based on your abilities and intelligence right now. 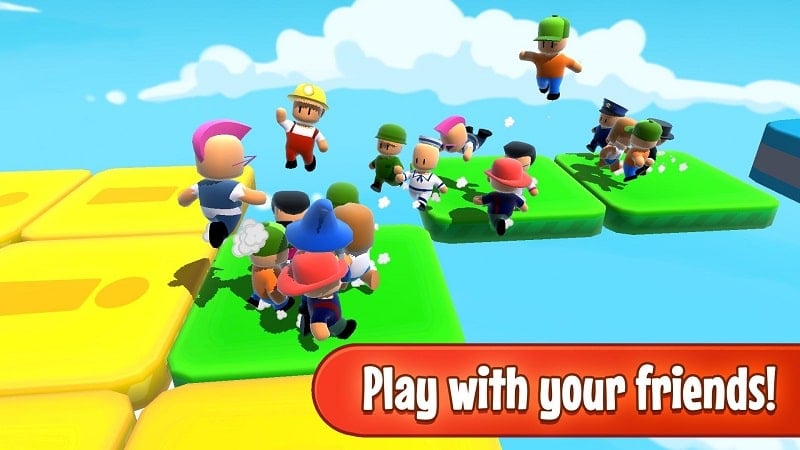 Those who are fast will win the whole game, but if you only rely on speed, you can hardly lead in this race. You need to prepare mentally before this race, not everyone can compete with a large number of players. Stumble Guys does not allow you to have teammates, each player has to manage and handle the situation by themselves. Obstacles sometimes cause you to fall into an abyss or be slower than your opponent. Although the distance is not too long, it is not easy you can be the first to reach the finish line of this game. By running you gradually get used to the fun online game mode and master the game screen.

Stumble Guys has a variety of maps with different designs. This is also the point that helps players get an unforgettable experience. Of course, the design of the map mostly only made it difficult for the players. Sometimes not the biggest road is the easiest place to move. You cannot easily overcome the challenges that the game creates. Accept your failures to find new tips in the very place that stumbled you. No one wants to start over, especially when it gets closer to the finish line, it feels terrible. But okay, there are plenty of opportunities for everyone even if you’re still confused with Stumble Guys. 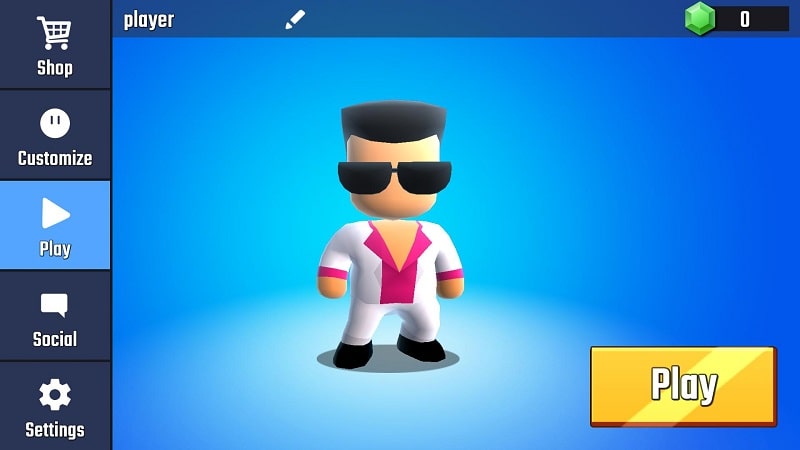 Stumble Guys allows us to change the style of the character through countless fancy outfits. Combining clothes, hats, glasses, and many other accessories, you can easily choose your favourite Combo. The system is scientifically arranged and allows you to easily unlock any Skin you want. Besides, players can customize colours with a variety of options. Stumble Guys gives you a breathtaking new finish in the new finish race gameplay.

Perhaps every Stumble Guys player wants me to have a good position at the end of each level. Probably not first but at least in some order eg in the middle. Stumble Guys appreciates players who are able to maintain their rankings in the context of so many other players in intense competition. You are eliminated from the race by various factors such as obstacles, improper movement. 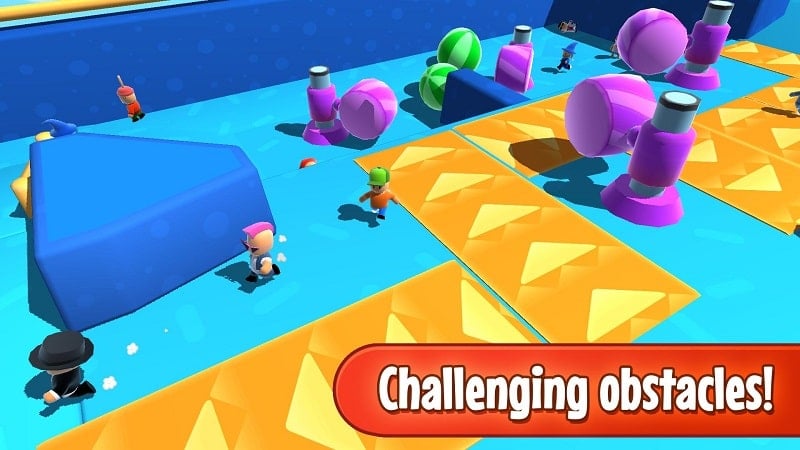 Stumble Guys lets players try out a race with both feet and brains. There is always a safe gap for the few players who can continue to rise to the top. It is the locations you never think of. Download Stumble Guys mod to experience the game with running competitions with many competitors. 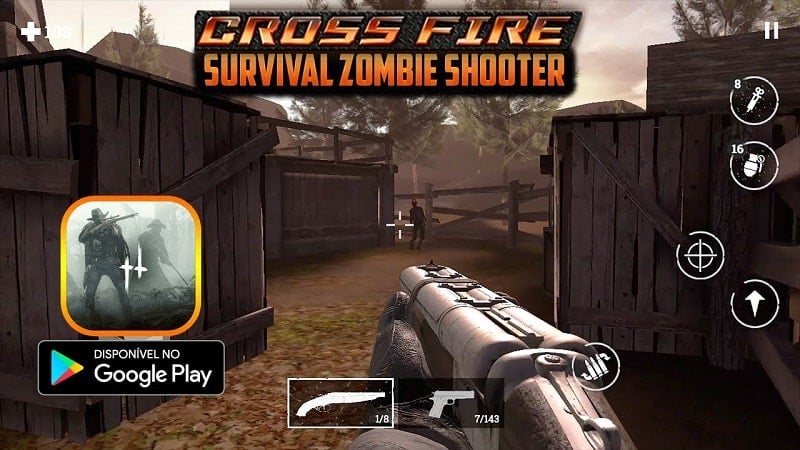