Rage Road action game for you to get behind the pickup truck and perform your missions. Placed in a harsh combat environment, you have no choice but to protect yourself. While your vehicle is moving, there are many enemies in the back attacking. Honestly, they are all armed so it’s very dangerous, sit behind the trunk, and choose a safe position to counterattack. Rage Road opened up for an unequal battle, you only have one teammate in the driver’s position. Each person has a different job, while the vehicle is running, the player uses a gun to prevent the enemy from passing ahead.

Rage Road arranged the game mode according to the level, in other words, this is not the endless game mode. Players will fight until destroy all enemies will move on to the next mission. Despite its action-packed gameplay, Rage Road is more fun in nature. You don’t feel too heavy in battles like Cover Fire, Tanks A Lot!. If you want a realistic combat level, try playing the games that I just introduced. Weapons and characters are meticulously invested to create more options. 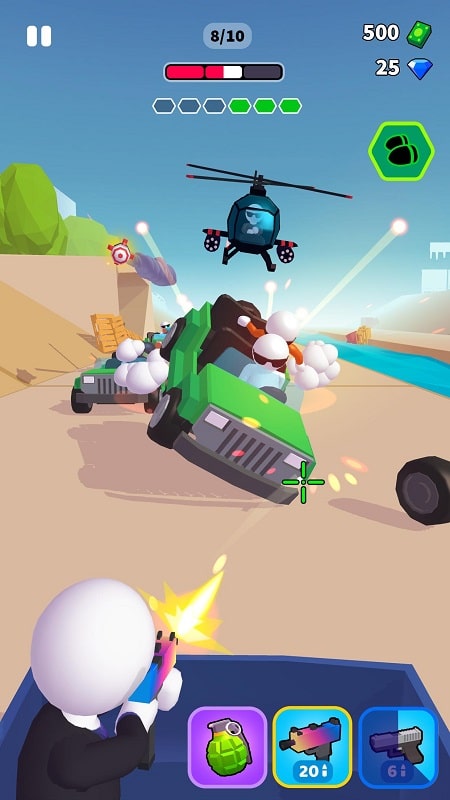 Download Rage Road MOD – Face off with gunmen who harm you

You are always the leader in Rage Road, the enemies are behind and they always find ways to get close to harm you. With a weapon in hand, pinpoint the enemy’s target accurately and send their vehicle to the side of the road. But you should also be careful because sometimes enemy vehicles flip forward can affect you. Although this is not a balanced battle in numbers, players have the advantage in terms of skills. However, it is not allowed to underestimate the opponent, through each level the people you will face change and become harder to deal with than before. Stay alert to the sophisticated moves that will give players the most spectacular victory.

As a pickup truck and tall, it has the conditions to be able to fight the best. Players are still free to change some parts and design to stand out even more. Paint color, front bumper, wheels, windshield, everything works together to create a harmonious color that is also different from the old version. Select available items and combine them together for a different vehicle version. 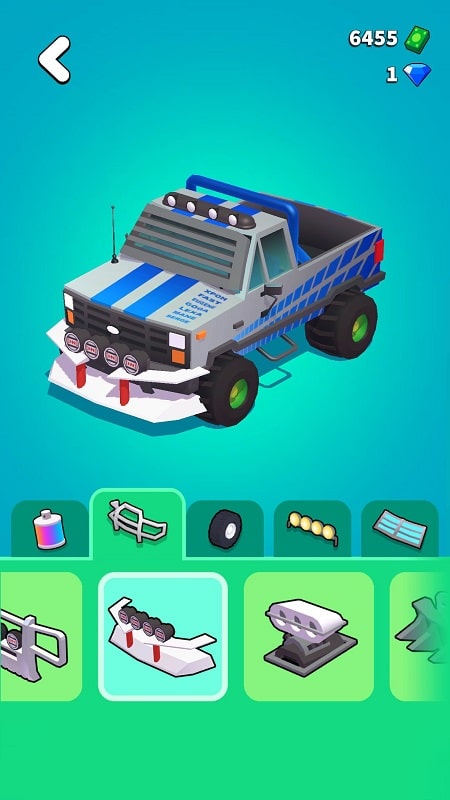 Vehicles and characters are two things that are fixed. You can’t change it, but you can customize each part. Similar to cars, players can easily customize the hat, shirt, pants, and glasses for the character. After being equipped with new items, your character is no different than a newcomer. Sometimes we should also refresh the style a bit to have a more active fighting atmosphere.

Many different types of guns

Almost all of the weapons in Rage Road are guns. Players can choose a shotgun or rifle, P90, EVO, Famas, M4, Guardian, Golden Coil, Zija … are the names you will love. Those are the main tools to protect players from the dangers created by the enemy. Just like the real battlefield, you shouldn’t waste ammunition. Each bullet should fly in the correct direction towards the target ahead. 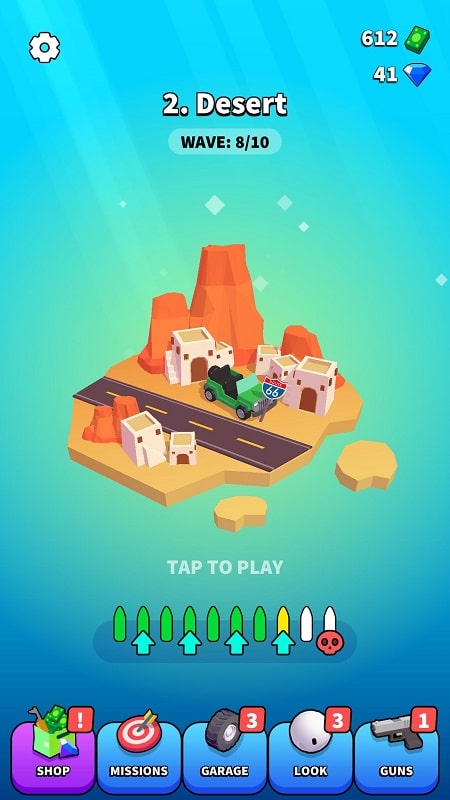 Rage Road’s on-the-go battles give the player a moment of drama. Besides, you can easily master the game by practicing basic skills like holding a gun. The advantage of the pickup is that each time you replace the ammunition you can hide behind the barrel and continue the battle right after. Download Rage Road MOD every fight is a challenge for players. Take a brave gun and kill all enemies that are making it difficult for you on the way.