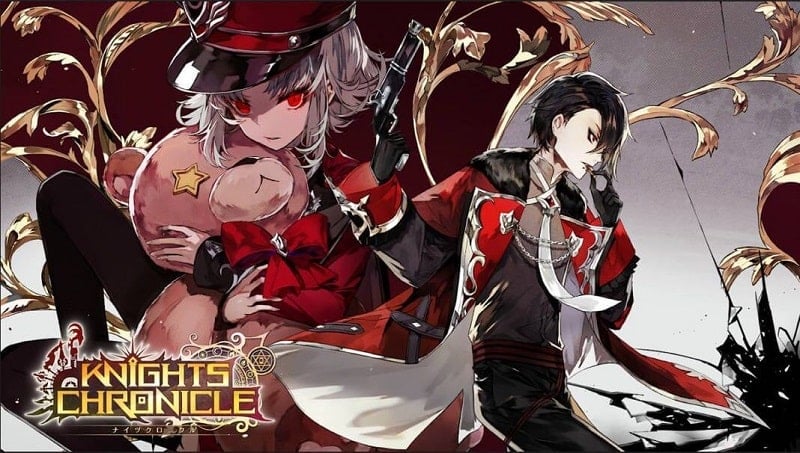 Another exciting role-playing game from developer Netmarble. It seems that the world of knights in the mythical world has never been hot for the gaming community. We’ve seen a lot of launches and releases of role-playing adventure games. But have not really found many bright candidates. Luckily today I was able to introduce you to Knights Chronicle. Continuing is the journey to discover the epic world of legendary heroes. However, this time it will be a little different and a little special.

The planet Garniel is the setting of the Knights Chronicle. When you are the one who will launch an adventure that spans the length of history. As well as traveling across distances in space and time. So this is a whole new journey. There will be no similarities or duplicates to other role-playing games. Is there a character system, weapons, pets, and more. But the game has proven it can separate itself from most games today. 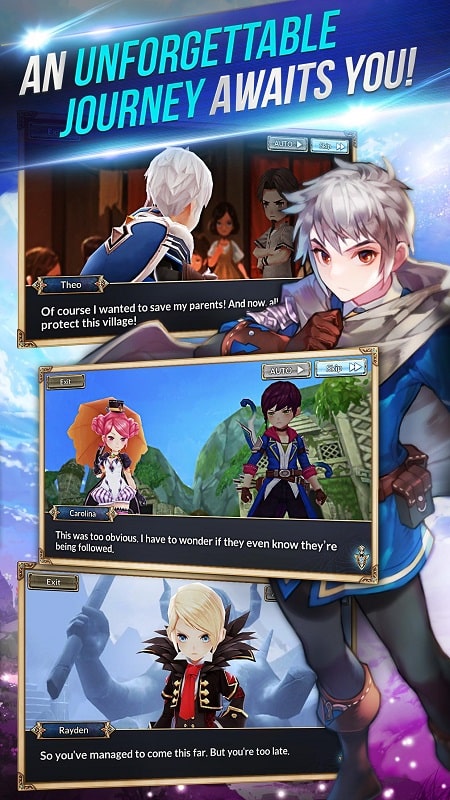 The world in Knights Chronicle is located on the distant planet Garniel. With the gathering place of more than 160 different knights, there will be more in the future. On a journey to explore this potential and mysterious world. You will not escape the situation when you have to confront the forces of darkness. The only thing that can be done is to defeat them with the power of great warriors. In addition, it is possible to visit everywhere on this beautiful planet. Villages and castles, peaceful lands also exist. And of course, there are also mysterious places, most of which are battlefields.

In this never-ending adventure. You will meet different warriors across many lands. Some will happily join your team. Some are extremely aggressive and will attack at any opportunity. There are warriors who open up new stories and side quests. There are also warriors that give you important items or information to solve the problem at hand quickly and easily. However, you will still have to do them on your own. Is the strategic genius you?

Designed for the squad and turn-based combat. Knights Chronicle focuses mainly on the strength and cohesion of teammates in the same party. Take the time to research the strategies. As well as the knights you own to gauge your strength. This is not superfluous, because to master how to combine heroes together to fight. From the beginning was not a simple thing. Furthermore, the monsters in the words will get stronger over time. At some point, you will really need a strategy. It wasn’t as simple as putting strong knights on the field and letting them do the rest. 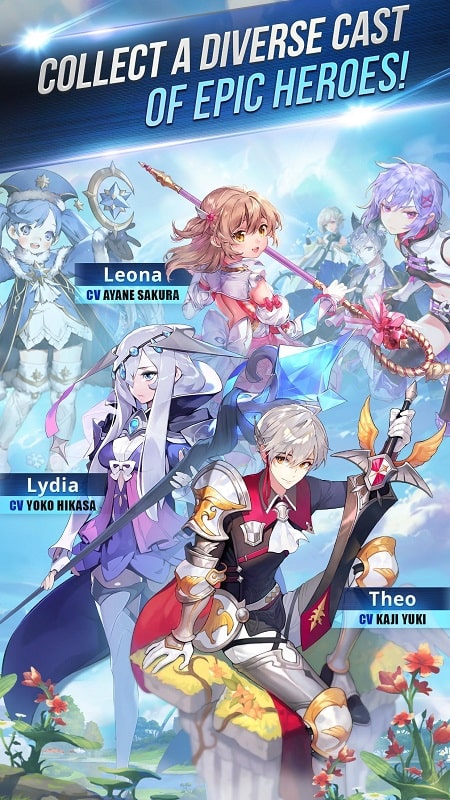 Discover the potential of the knights

Each knight has a completely different power potential hidden within. Therefore for many players, the matches will not be the same at all. It depends on your warrior type, the strength they hold. How do they own other equipment and elements? If have decided to play a certain warrior. You must find out carefully the powers that a warrior can exploit. Take the time to find resources for just that fighter and others if the same strategy. Until you have the most perfect squad. Can be confident and fight anyone. Defeat all with teammates

Strategy and strength are very important already. But there is one more important thing than all. That is the power of teamwork. Imagine if you were the strongest. That means the whole world can still stand up against you. The most important thing is to have teammates who stand by each other. In multiplayer mode, fight with your friends. To find ways to combine each other’s tactics. Find out many things that you are mistaken or wrong so that you can correct them in time. Generally playing where and how does not matter. Playing with friends is still the most fun and happy.

That is one of the most unique elements that Knights Chronicle brings to players. It is impossible to list them all because they are really many and varied. With just one click of your download button, you can learn everything about the world of knights. Adventure with them to uncover the secrets of the mythical world. Learn the plot and many other fascinating details. Knights Chronicle is a product that you cannot ignore. 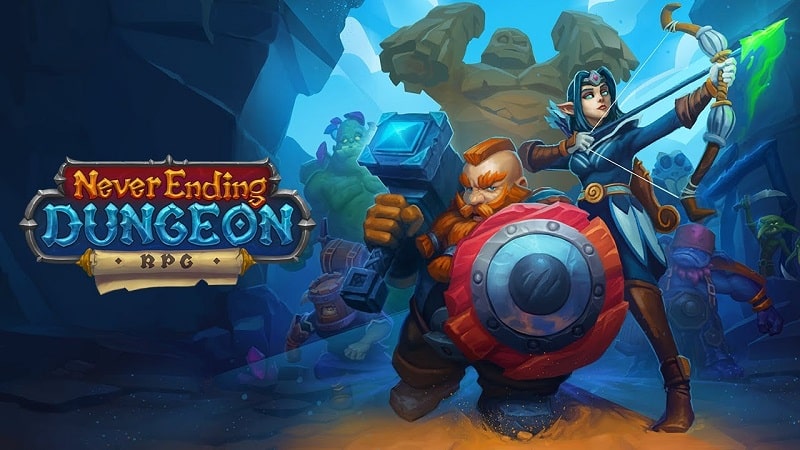 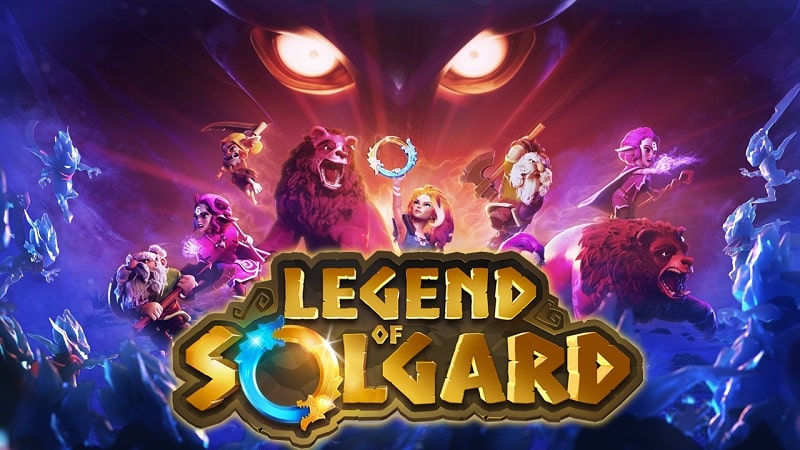 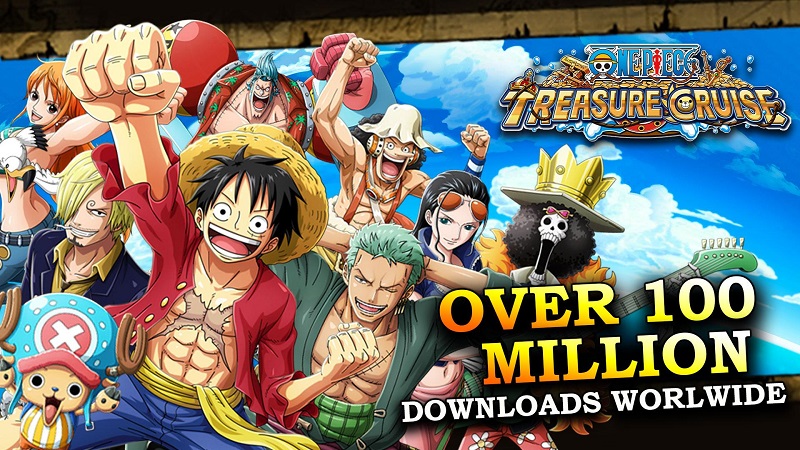